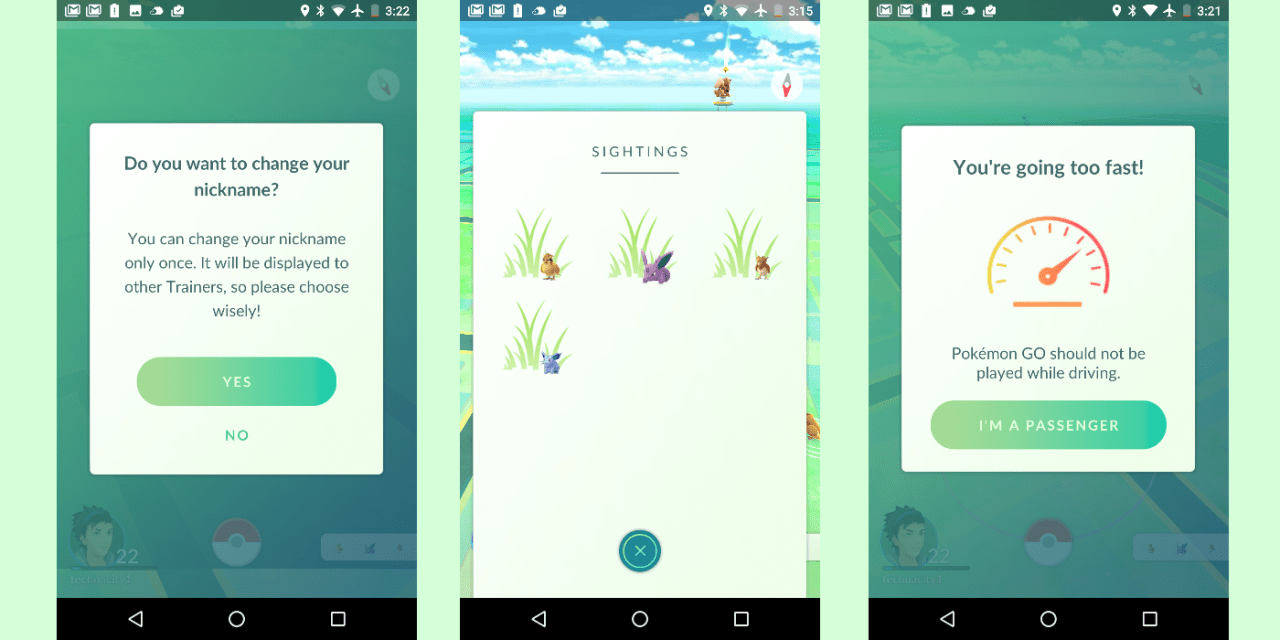 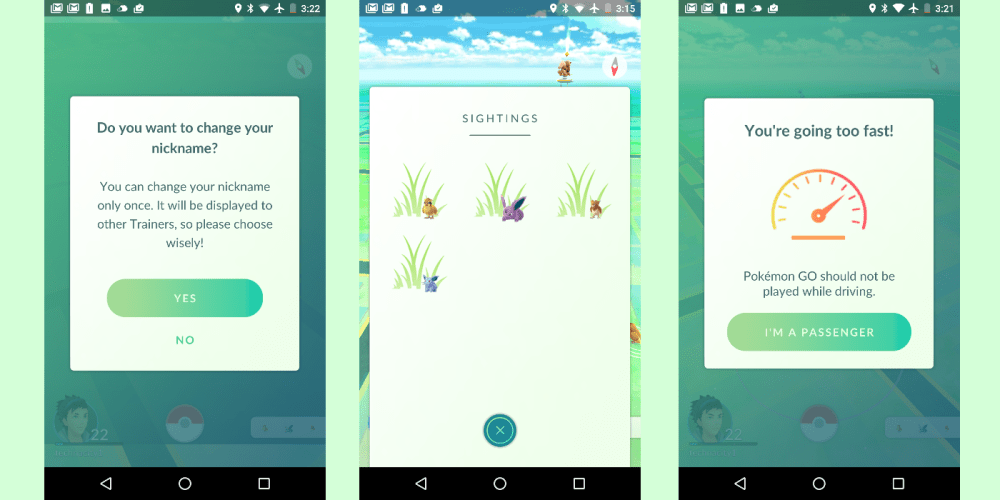 Version 0.33.0 of Pokémon Go is rolling out on Android and brings a few minor features and fixes to the hit game. Most notably, users now have the ability to change their username once and a bug that prevented bonus XP from throws has been resolved.

An update last weekend allowed users to customize their character avatars after the initial set-up. Players can now change their nicknames by going into Settings > Change Nickname. A prompt tell users that nicknames can only be changed once and are publicly visible to other trainers.

As noted on the official Pokémon Go Twitter account last week, a bug prevented the app from awarding an XP bonus for ”Nice,” ”Great,” and “Excellent” Poke Ball throws. This update fixes that issue and also renames the “Nearby” feature to “Sightings.” Tracking features are still absent from the game.

Other changes include an additional warning that reminds users to not play Pokémon Go while driving. A dialog will pop up if users play while traveling above a certain speed. The update is already rolling out on the Play Store, but has yet to hit the App Store. On iOS, issues with the battery saver mode have been fixed and the feature is re-enabled with this update.