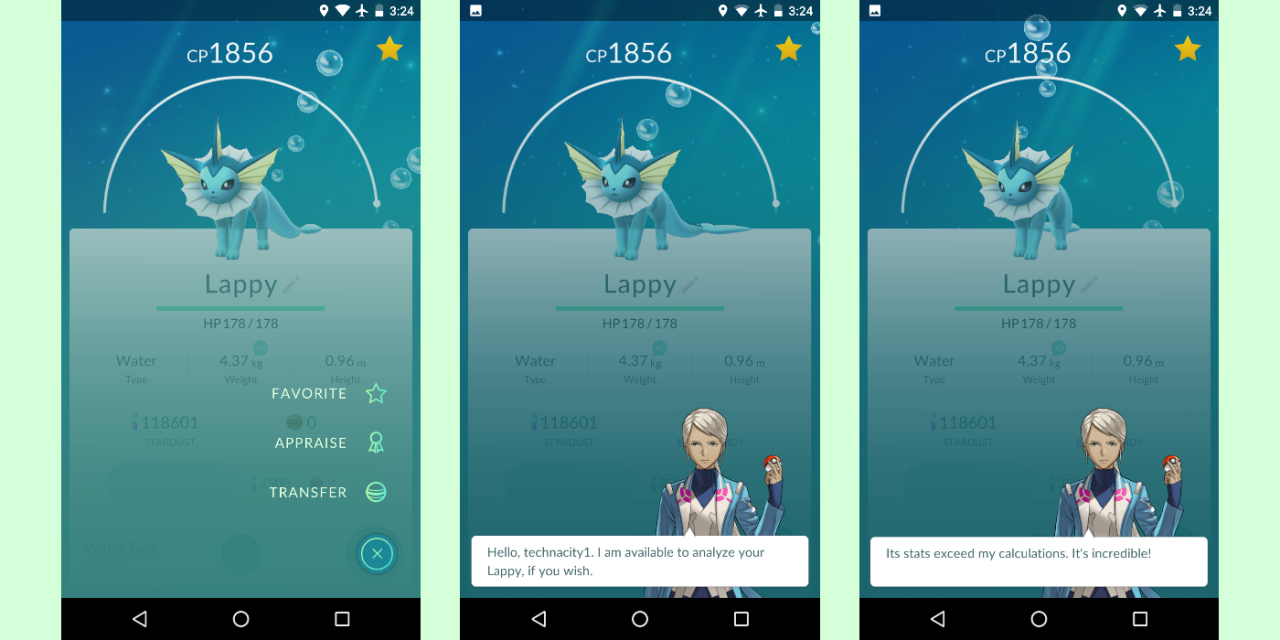 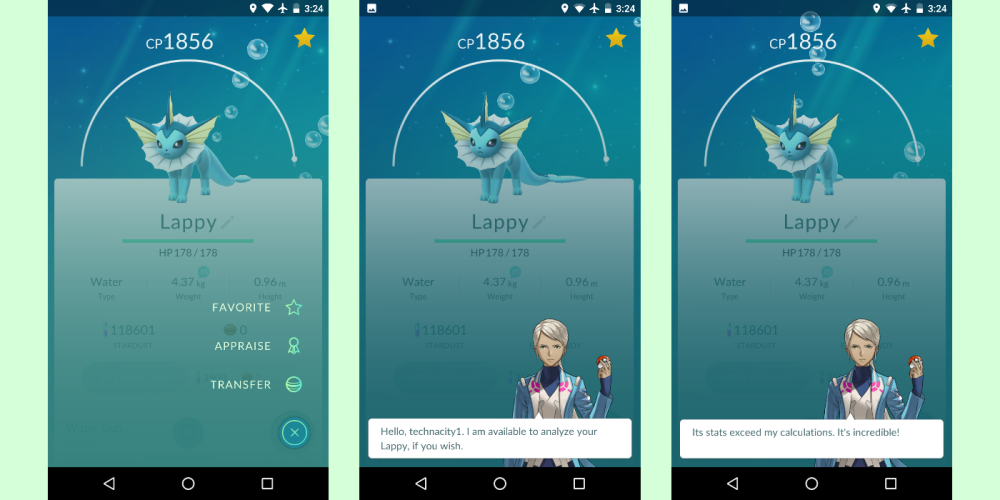 A report earlier suggested that Pokémon Go usage is in decline after a fever pitched launch two months ago. Direct battling and trading might spark a revival in the game, but so far Niantic is still focused on international expansion and stability. Version 1.5.0 on iOS and 0.35.0 on Android adds a new Pokémon appraisal feature, minor fixes, and the promise of new features.

Located in the FAB on a Pokémon’s info page, the ‘Appraise’ feature has your Team Leader provide basic insight on whether you have a good monster or whether it should be transferred. The responses are mostly generic, but easy enough to understand. There are more advanced calculators to numerically calculate the strength of a Pokémon, but this feature should be enough for most people.

“Minor bot fixes” are likely meant to curtail users who spoof their GPS signal in order to capture Pokemon and hatch eggs. Niantic has begun banning accounts caught cheating and cut down on third-party tracker apps that make the game less stable. The crackdown has correlated with improved stability and the new Nearby feature currently in A/B testing should obfuscate the need for alternate services.

The last entry on the changelog promises that “several new and exciting features” are on the way for Pokémon Go. With references to trading and Google Cardboard in the terms of services, Niantic likely has a slate of new features planned that could curtail the reported usage decline.

The update is still rolling out on Android and the full release notes are below: