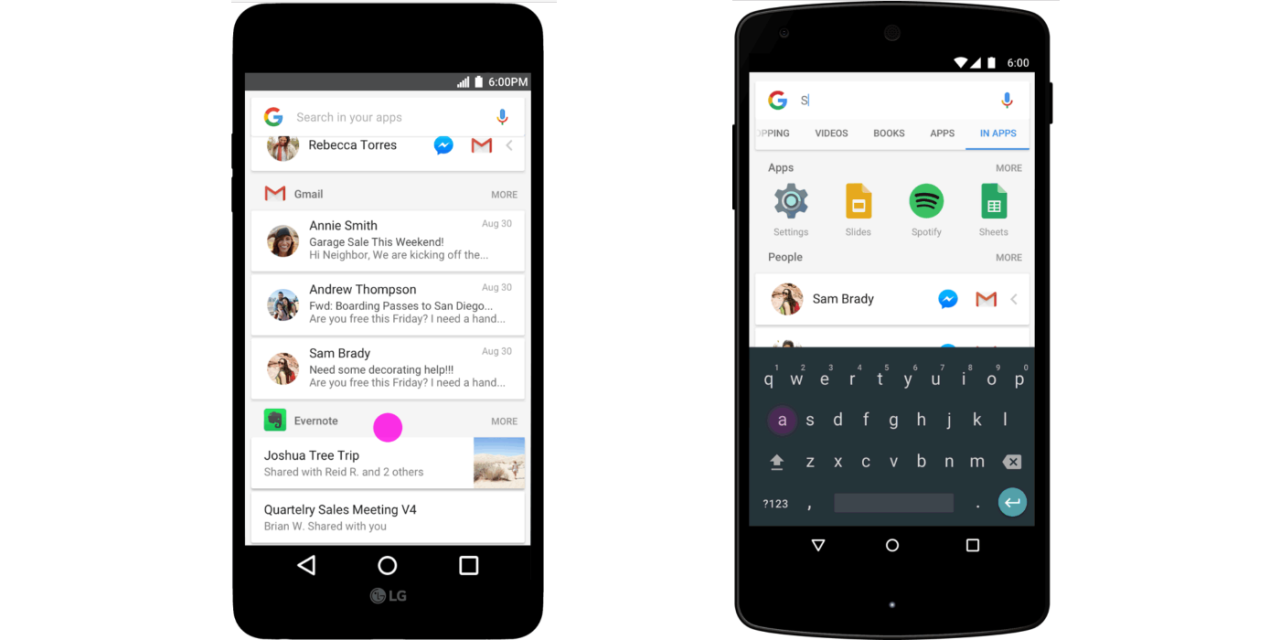 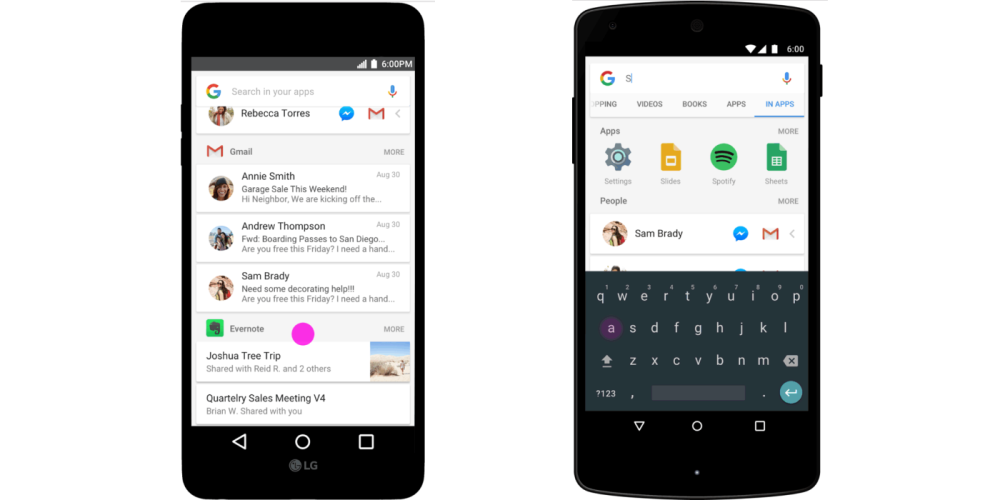 Google has today announced a major new way to interact and search for information on Android devices. The new “In Apps” search mode available via the Google app lets you quickly find content from installed apps, currently working with Gmail, Spotify, and YouTube with more third-party apps adding support in the coming months…

The feature is accessible by searching via the Google app and selecting the new “In Apps” filter located at the very right of the categories scroll bar. You’ll see various content snippets from installed apps that match your search term. For instance, searching a person will reveal message conversations you’ve had with them in Facebook Messenger and even allow you to expand the conversation from right within the Google app.

Apps like Google Keep and Evernote will show notes featuring the search term and include a snippet. The full list of features is as follows:

Right now apps like Gmail, Spotify, and YouTube already support the search mode, with support from Facebook Messenger, LinkedIn, Evernote, Glide, Todoist and Google Keep coming in the next few months. The feature is currently live on my Nexus 5X running Android 7.0 with the latest beta version of the Google app, and should be live on other devices as well.

Google notes that searches are conducted locally on a device and not through an internet connection, meaning you’ll be able to use this feature even if you don’t have a cellular or Wi-Fi connection. Google also says that users have the ability to control what apps appear by going to Settings within the Google app.

The In Apps search mode puts less focus on apps and instead surfaces what users are looking for in a convenient feed — it’s very reminiscent of similar features that have long been available on Apple TV, Android TV, and Chromecast, making the variety of apps on your phone simply portals to the stuff that really matters. Google notes that the upcoming LG V20 will let users access the new mode directly with a dedicated shortcut on the homescreen.