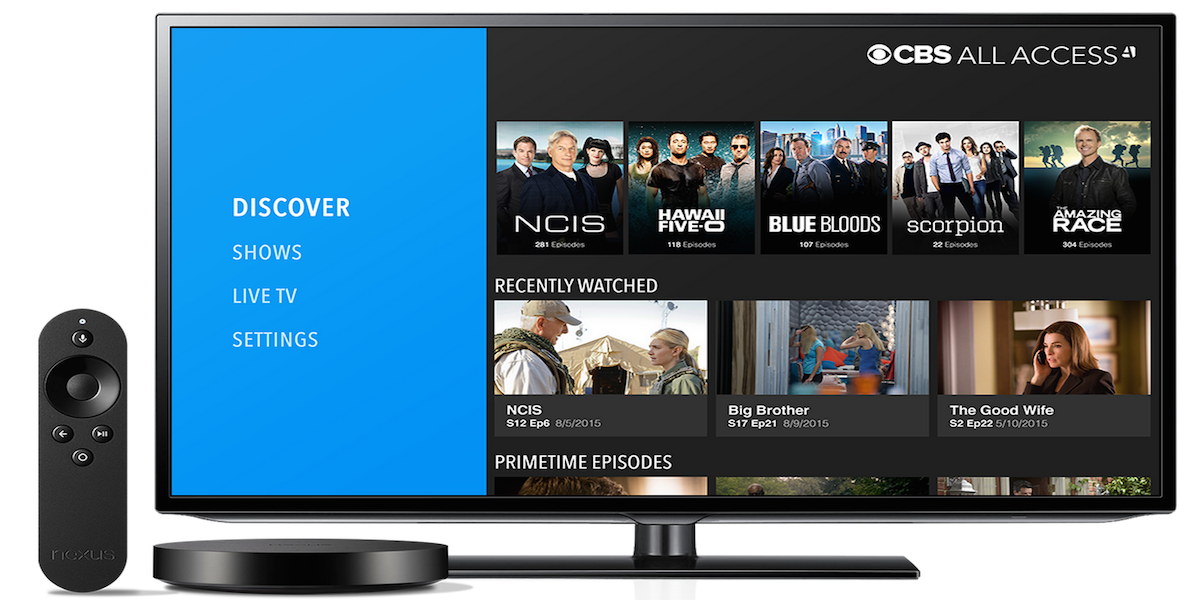 Whether you’re a cord-cutter or just want to watch CBS shows on-the-go without ads, the network has a new option worth checking out. CBS All Access, the broadcast channel’s streaming video service, is introducing a commercial-free option for subscribers. The new tier will come at a higher price, of course, and still include commercials during live broadcasts.

CBS All Access with ads goes for $5.99/month while the ad-free version will cost $4 more each month. The pricier $9.99/month plan enters Netflix territory, although CBS focuses on recently aired content. For comparison, Hulu’s ad-free tier (which includes broadcast network shows but not CBS) costs $11.99/month.

CBS All Access is available on a variety of devices including Android, Android TV, and the web.

“The foundation of CBS All Access is not only about giving CBS fans access to more of the content they want, but also giving them more choice in how they watch their favorite CBS programming,” said Marc DeBevoise, President and Chief Operating Officer of CBS Interactive. “The addition of a commercial-free plan gives our subscribers even more ways to customize their CBS viewing experience – from which devices to whether they watch in or out of the home, and now with commercials or without.”

With the commercial-free plan, subscribers will be able to watch CBS All Access‘s on-demand library of more than 7,500 episodes, including full current seasons of primetime hits like BIG BROTHER, BLUE BLOODS, MADAM SECRETARY and THE ODD COUPLE among many others, as well as late night, daytime and news programming, all without commercials. CBS All Access‘s upcoming original series, including the next chapter of the legendary “Star Trek” TV franchise, STAR TREK: DISCOVERY, a spinoff of “The Good Wife” and a new digital edition of “Big Brother” will also be available commercial-free under the $9.99/month plan.

Subscribers to the $5.99/month plan will continue to experience reduced commercials when watching on-demand content and be able to watch CBS Classics without commercials. Current subscribers will have the option to move to the commercial-free plan by logging on to their account through CBS.com.

For the commercial-free plan, CBS All Access‘s live-streaming offering of local CBS Television stations, which is available throughout the U.S. in more than 150 markets, will continue to feature the same commercials as the over-the-air broadcast, and select on-demand shows will include promotional interruptions.