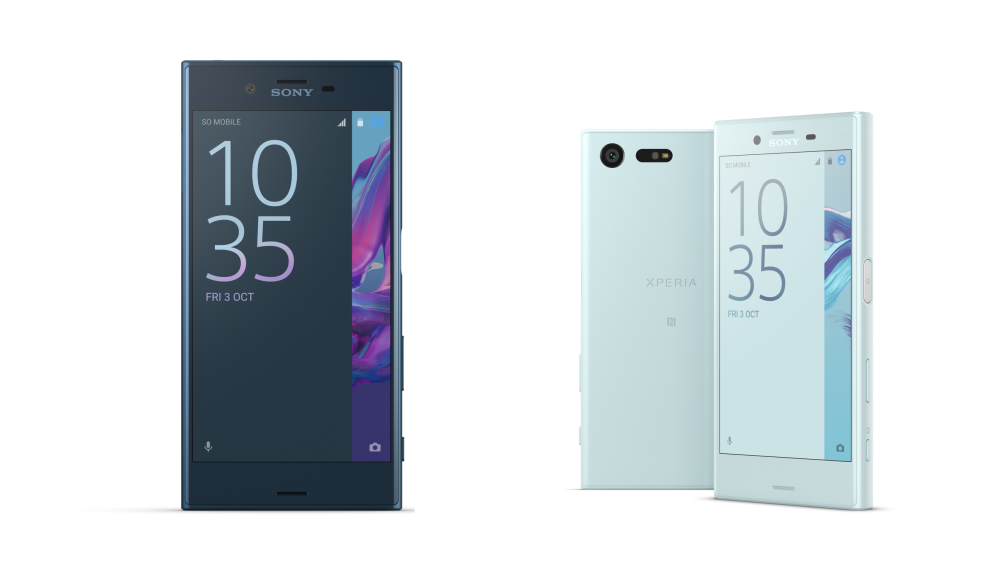 Sony at IFA in Berlin, Germany, has today announced two new smartphones in its Xperia X family. The first is the Xperia XZ, a new 5.2-inch flagship that features a much-improved camera and look, and the second is the Xperia X Compact, a new 4.6-inch entry that compliments the rest of the Xperia X line providing an option for those looking for something a bit smaller…

Sony is proud of its cameras, and wants you to believe that the Xperia XZ has one of the best cameras on a smartphone — ever. The XZ’s 23MP camera has “triple image sensing technology,” which includes the Predictive Hybrid Autofocus from previous models, plus a new laser autofocus, and an RGB infrared sensor for accurate colors. The camera also has 5-axis OIS. Not only does it stabilize the X and Y axes, yaw, and pitch, but also roll. The new camera can also grab 4K video.

The build of the phone has also been improved with this version, with a new “rounded and polished” case that might remind you of the Nokia Lumia phones from way-back-when. It’s much-improved over the super-boxy look and feel of the first set of Xperia X phones, which was one of my many complaints when reviewing the Xperia X Performance.

There’s also a new stereo dual microphone system with integrated noise cancellation to match the great camera. As for other specs, the phone has Gorilla Glass 4.0 atop a 1080p display, the Qualcomm Snapdragon 820, 3GB of RAM, support for LTE Cat 9, 2.5D curved glass, and expandable 32GB of storage. As mentioned, the man camera is 23MP, while the front is a 13MP camera with Sony Exmor R ISO6400.

The Xperia X Compact has many the same specs as its new XZ flagship sibling. The phone has the same 23MP camera with triple image sensing tech from the XZ, but goes without the 4K video recording capabilities. It also unfortunately has a Snapdragon 650 rather than an 820, and of course has the smaller 4.6-inch display size at 720p.

Sony has also announced a few smart products today, most notably its new Xperia Ear accessory. It’s a hands-free personal assistant device (similar to Google’s rumored Project Aura), which will be available for purchase starting in November of this year.

We’re here at IFA and heading over to check out the phones for ourselves, so stay tuned for hands-on videos and impressions!