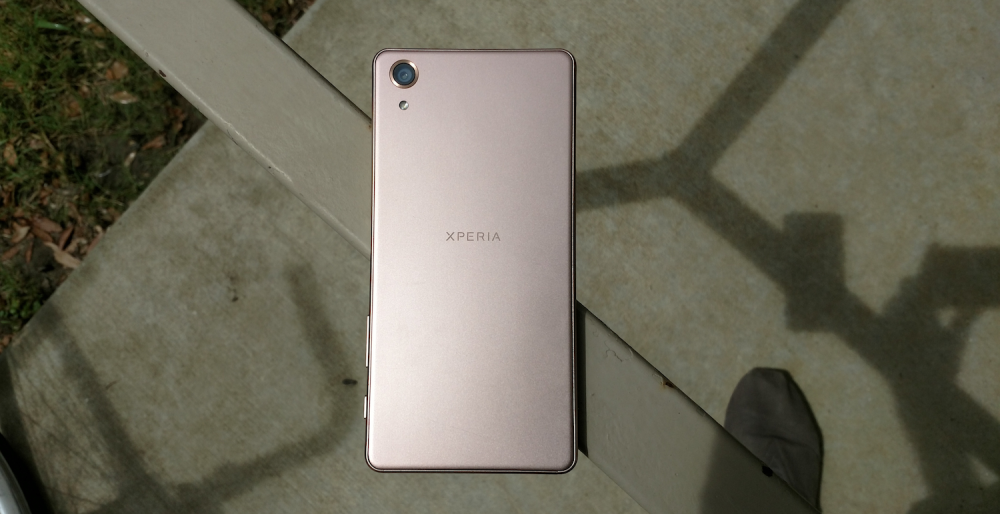 I’m already late to the game on this one, but now seemed just as good a time as ever to share some of my thoughts on Sony’s mid-2016 flagship performer. Basically, this is the Xperia X with a Snapdragon 820. We already gave you our full review of the Xperia X, and most of what we said there rings true with this phone. It’s a nice handset with a high-quality build and all the features you would expect from a smartphone. Here’s what stands out to me about this version of the device, though…

— There’s no fingerprint sensor in the US. Hate to start this review out on a bad note, but — as is also the case with the Xperia X — there’s no fingerprint sensor on this device. That’s a deal breaker for lots of people in 2016. Almost every smartphone over $200 ships with one nowadays. Why wouldn’t Sony at least try to put one on its Xperia X line? We don’t know. But considering the price of this gadget — something we’ll talk more about in a bit — having to make a sacrifice this big right off the bat is just too much.

— It’s microUSB. I can’t really fault the Xperia X Performance for this one, as the Samsung Galaxy S7 edge — which is a super-expensive flagship as well — also decided to stick with microUSB for another generation. Doing so has its upsides for the conservatives among us. Android phones — and thereby tons of accessories as well — this generation are moving in the way of USB-C, though, so if you’re reading this review and considering the X Performance (for some reason), then maybe this is one more reason to look elsewhere.

— NFC. Yay. Mobile payments. But it’s on the front of the phone for some reason. Why.

— It’s water and dust resistant. But aren’t most phones in this price range these days?

— The rose gold review unit I got is pretty.

— Sony’s Android skin is nice. We live in a world of lots of terrible Android skins. Too many Android phones have launchers and notification shades (if you can even call them that) and app icons and multitasking windows that are terrible rip-offs of iOS. Sony plays it smart with its Android skin, leaving the notification shade completely stock and offering a launcher with an app drawer that is different than Google’s but doesn’t take anything away. Overall, I could live with Sony’s setup here without changing a thing. And that’s saying something.

Something that kind of bugged me was the way Sony decided to do the lock screen. Rather than a typical Android handset that has you swipe up, Sony’s seems to want you to swipe left. But for some reason swiping up also works. It’s confusing. Also notifications can only be cleared one way — you always have to swipe from left-to-right and that’s annoying for us that like to hold our phones in our right hand. That’s really my main gripe with Sony’s version of Android though. Hats off, Sony. 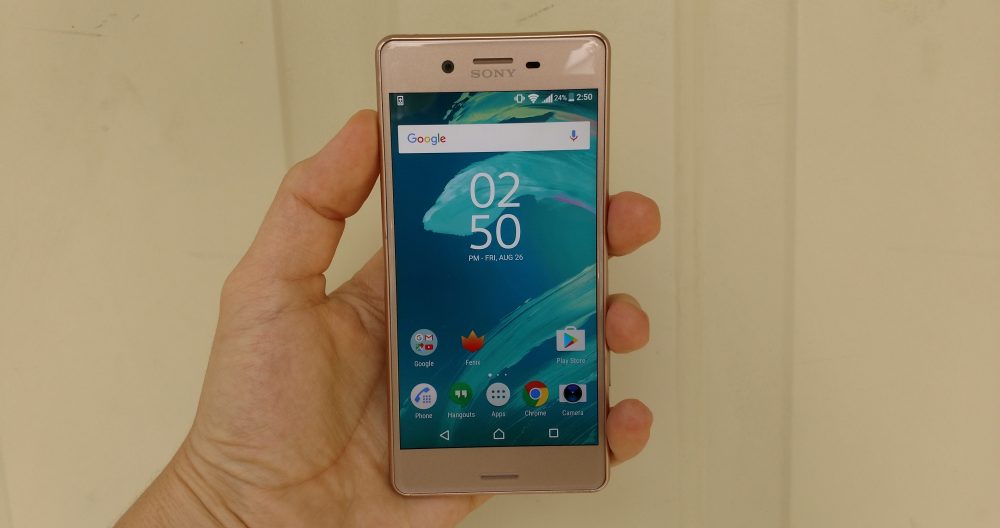 — There’s a headphone jack. I can’t believe that I have to list this as an upside for the Xperia X Performance, but if you’re looking for a flagship smartphone, congrats — this is one that still has a headphone jack. At least the list of reasons to skip the X line doesn’t include this.

— It’s thick, square, and bulky. The Xperia line notoriously holds fast to this square, bulky, and thick form factor that just feels more dated with every passing year. Holding the phone really does feel like you’re traveling back in time, especially when flagships like the Moto Z are really pushing the limits of how thick a phone can be while still being dependent on the traditional chemistry of a lithium-ion battery. This is totally subjective, though, and if you really dig having a brick in your pocket, then be my guest. On the other hand, the Xperia X line is nice and “small” in the sense that it has a screen that’s only 5-inches. There’s definitely still people out there that prefer 5-inchers.

— It takes pretty good pictures, but there’s compromises. You can check out the images below for a quick look at what the Xperia X Performance is going to spit out. You’re not going to be overly disappointed with this camera, but it’s not going to blow you away either. There’s a 23MP rear sensor, and a 8MP front-facing sensor. These just get the job done, but not much more than that. Notably, as Ben mentioned a few months ago, this camera doesn’t have OIS. That’s going to be unfortunate if you want to get good video in most cases, and it’s something that most other Android phones in this price range offer.

— There’s a dedicated camera button. Another interesting thing about the Xperia X is that there’s a dedicated camera button for quick access to taking the aforementioned decent photos. You tap and hold it to immediately pull up the camera app from anywhere, and then it’s more than just a button from there. Like a camera, pressing the button halfway will focus the image and adjust the lighting, and then finally pressing the button all the way in takes the shot. It’s a nice touch.

— I like the vibration motor. This is just a silly thing that I tend to obsess over with Android phones, and something that I think can often be a good indicator of whether or not a phone has good build quality. It’s not up to par with the iPhone 6s, but the Xperia X Performance has a pretty good vibration motor. It’s nice and tight and doesn’t buzz too much.

— Build quality is great. And mention of the vibration motor brings me to what I think is the best thing about the Xperia X and X Performance: their build quality. The phones have a real heft to them, they have really nice aluminum backs, and they can take a beating. I had a minor drop of the X Performance on concrete not a day after it arrived at my doorstep, and it fared well — not much noticeable damage other than a few scuffs. The buttons are a bit squishy, but you can tell that they’re going to last — and they’re all metal. All the cameras are covered in glass. It’s nice.

— The phone is friggin’ expensive. It’s like Sony just didn’t get the memo: Android phones are getting better and cheaper, not worse and more expensive. The Xperia X Performance isn’t really “worse” than its Snapdragon 820 contenders in most ways, but it’s just overpriced. Sony thinks that it can place these phones in the same realm as the Galaxy S7 edge and Moto Z, but the truth is that even those phones are starting to show signs that they can’t really play ball in their own pricing realms.

I’m writing this review a few months after the phone launched, so you can undoubtedly find it a bit cheaper than retail if you look (it’s currently $650 on Amazon), but the fact that Sony thought this device was worth $700 unlocked out the gate — and that people would actually pay that — boggles my mind. Hopefully Sony has something else to show us before the holiday season rolls around, because I can’t see these phones popping up in many stockings.