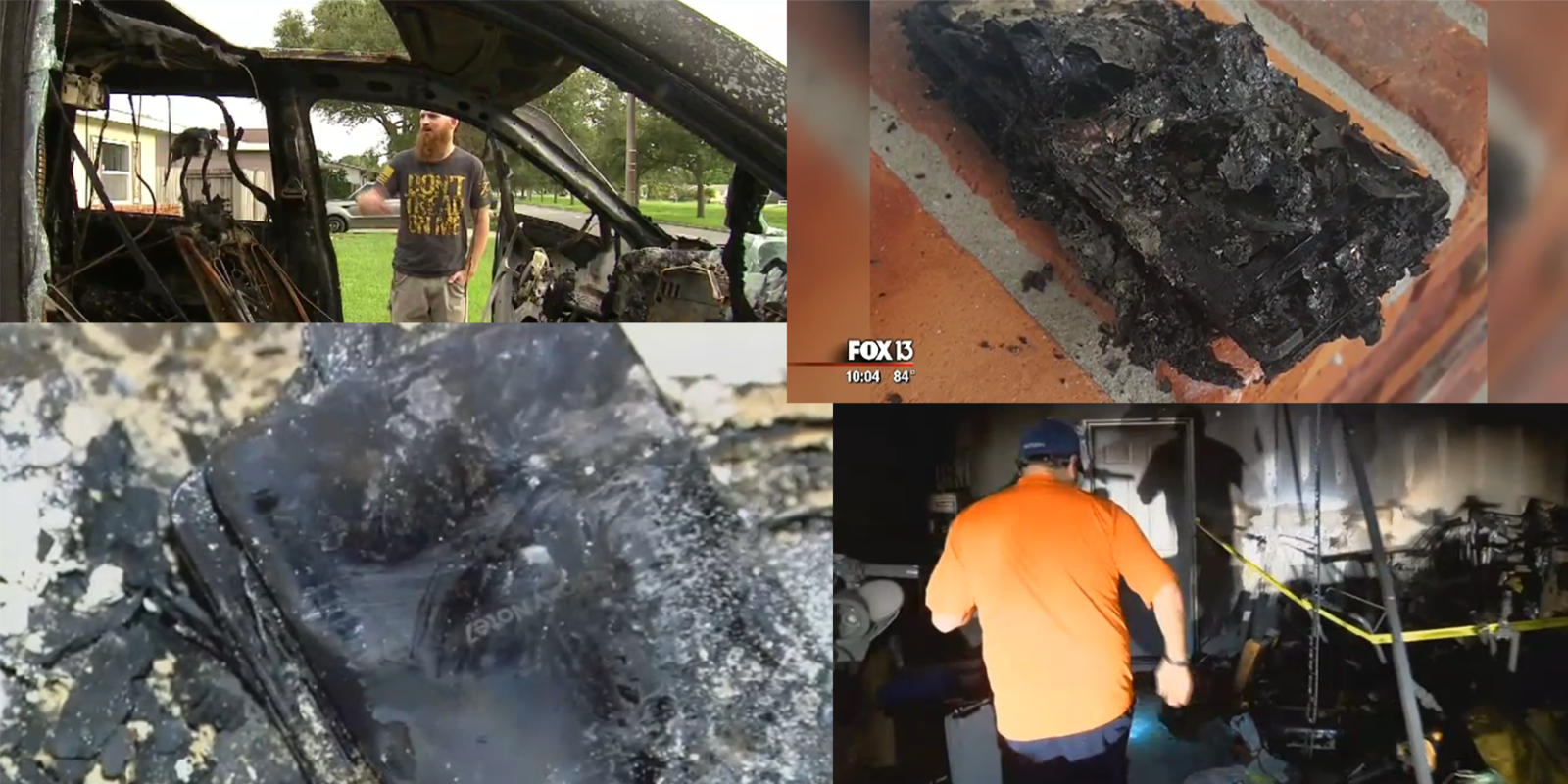 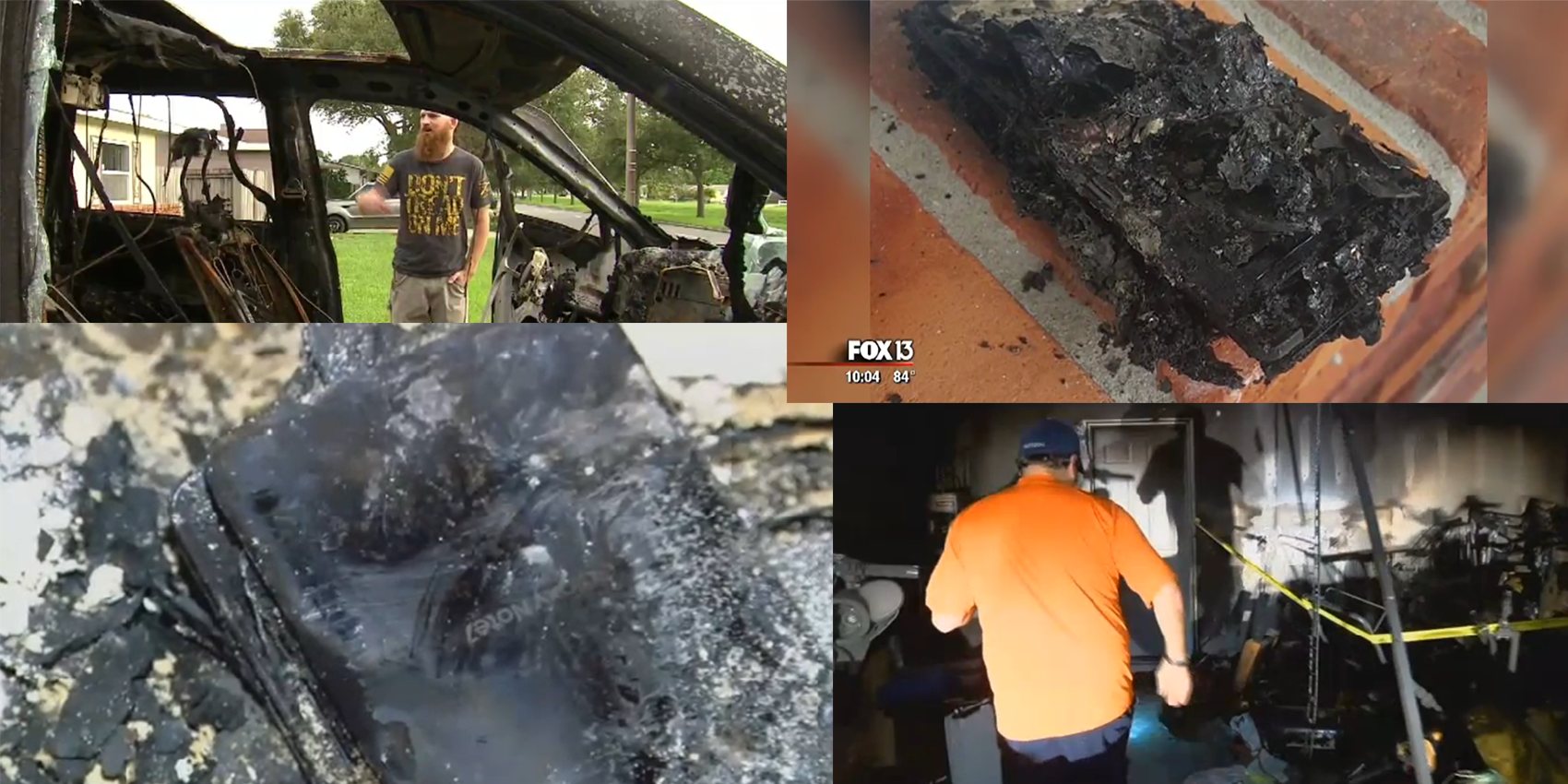 When Samsung began recalling the Galaxy Note 7 due to faulty batteries, many applauded the company for taking action so quickly after approximately 35 devices had exploded. Since then, we’ve heard about several more devices exploding around the world, even here in the United States. In the past couple of days, things have been getting worse. According to two local news publications, the Galaxy Note 7 may be the cause of fires that caught a house on fire and destroyed a car…

The first of these two cases comes from Horry County, South Carolina. A man had plugged in his brand new Galaxy Note 7 to a wall outlet to charge and went to pick up his children from school. Less than an hour later, he returned to find firefighters putting out a fire in his garage. The exact cause of the first hasn’t been confirmed to be the Note 7 since the man also had an air compressor plugged into the same outlet, although it was turned off.

In another case, a man from St. Petersburg, Florida had his Galaxy Note 7 charging on the dashboard of his Jeep while he and his family were unloading the vehicle. As they went back to the vehicle to leave for more errands, they found it on fire. It seems like in this case the cause of the fire was started with the Note 7, but it was the dashboard and air bags catching fire that escalated things.

There could be more to both of these stories, but one thing stands out to me: Both customers said they had not known about the recall. 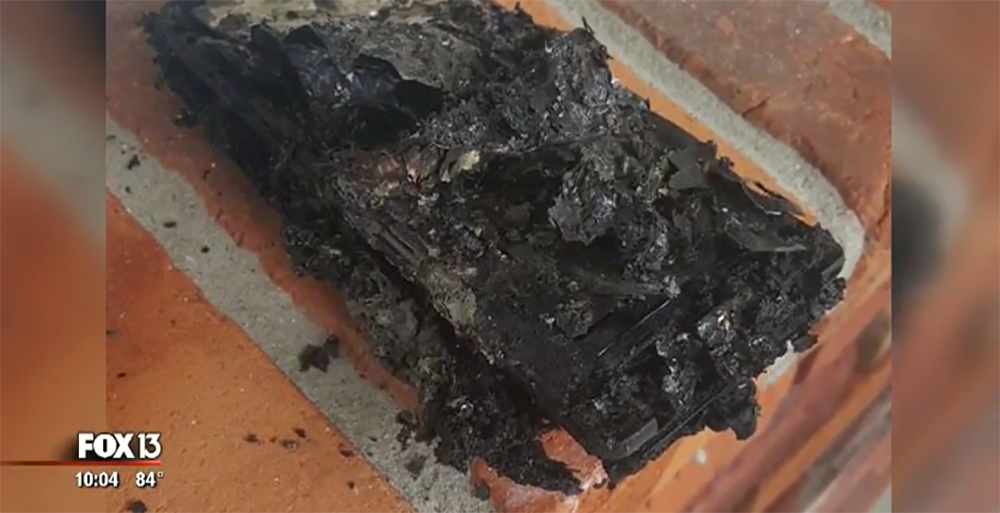 Samsung has done an admittedly great job getting the word out about this recall, but its work is not done. Samsung needs to make sure everyone knows about this and doing things “officially” might help. Just last week Consumer Reports criticized Samsung for not handling the recall with the government’s involvement, and in my opinion CR was completely right. Incidents like these where customers are oblivious just show that Samsung needs help.

The company is set to start replacing Note 7 units soon, but to set things right for good — and prevent even worse tragedies from occurring — everyone needs to know what’s happening…