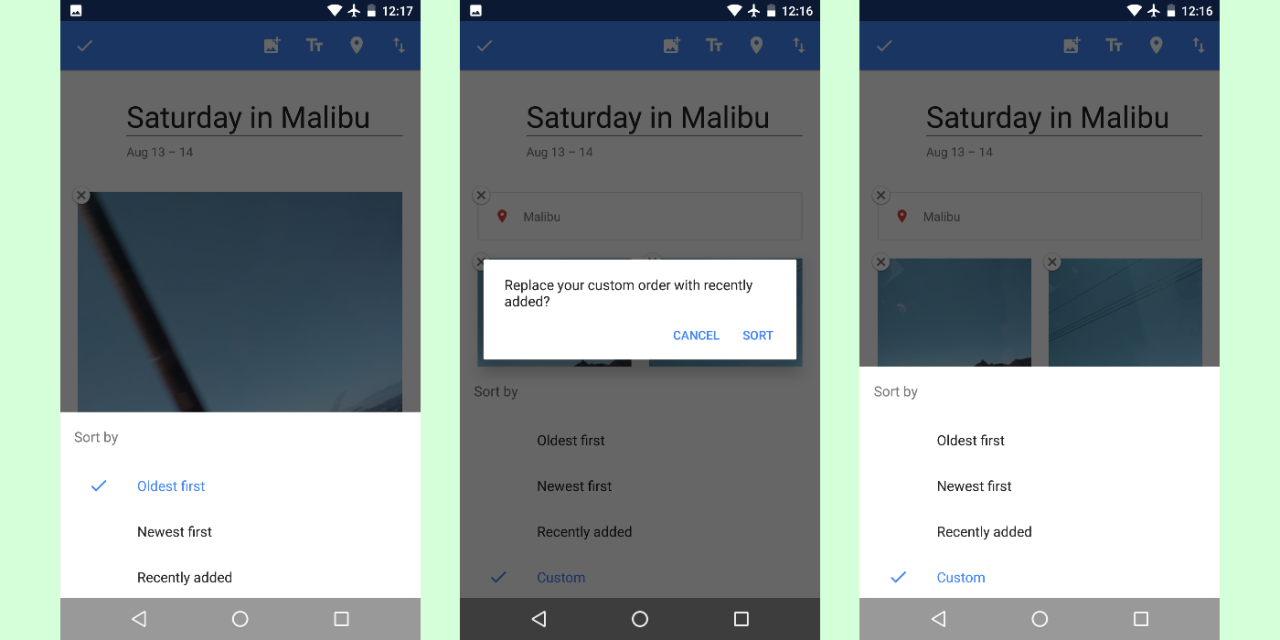 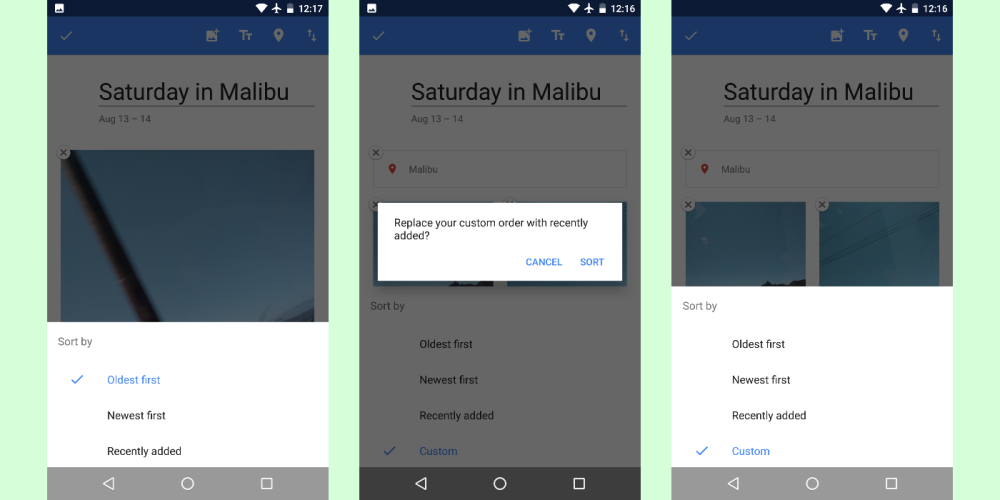 Released to iOS last week, Google Photos 2.0 is now available on Android and finally adds a way to sort pictures and videos in albums. There are also some minor tweaks, but no major features as part of this major version bump (1.27 > 2.0) like on other platforms.

Previously, there was no way to sort an album on mobile save for manually dragging and dropping around items. Version 2.0 adds the ability to sort via oldest, newest, or recently added. The first two options sort use the EXIF data in an image or video, while the latter is determined by when something was added to the album. There is a fourth Custom option for those who manually order around images.

To access the sort options, go to an album, tap the overflow menu, and then “Edit album.” The last icon on the right brings up “Sorting mode” and the selector. Sort orders are synced across devices and cannot be reverted, so users will loose their custom order. A pop up will alerts users to this before preceding.

From the iOS version, the Android update still lacks the ability to choose a new thumbnail for faces in People. While the website has been updated with the album sort options, it’s also still lacking the ability to change thumbnails. Version 2.0 is rolling out now via the Play Store.