Following the release of Marshmallow-based Remix OS 3.0 in July, Jide has now launched an emulator optimized for playing Android games. Games exist in a window next to other PC — with Mac support arriving later — apps and the Remix OS Player features gaming optimizations like keyboard mapping…

Jide is a competitor to the likes of Bluestacks, but rather than using the now-dated Lollipop, the company is basing its emulator on Android Marshmallow. Additionally, Remix OS Player promises “unprecedented performance” by utilizing the same Android Studio that developers use to emulate and test apps.

Jide touts that users will be able to have multiple apps open at the same time with side-by-side windows, and the Gaming Toolkit allows users to map unlimited buttons to the physical keyboard for each game, with the system remembering your settings.

Next to the emulated windows, a control strip provides access to system controls like on screen buttons, volume, and orientation. While it is aimed at gaming, users also have access to the full Remix desktop with a dock to keep track of opened applications and other Android apps via the pre-installed Play Store.

The Remix OS Player is available now for PCs, with a Mac version coming in the future. It requires Windows 7 or newer, Core i3 or higher, 4GB of RAM, and at least 8GB of free storage. Ultimately, the Player is great for those who don’t want to boot into a full operating system, but prefer using Android apps for certain things. It’s very similar in many ways to using Android apps on Chrome OS. 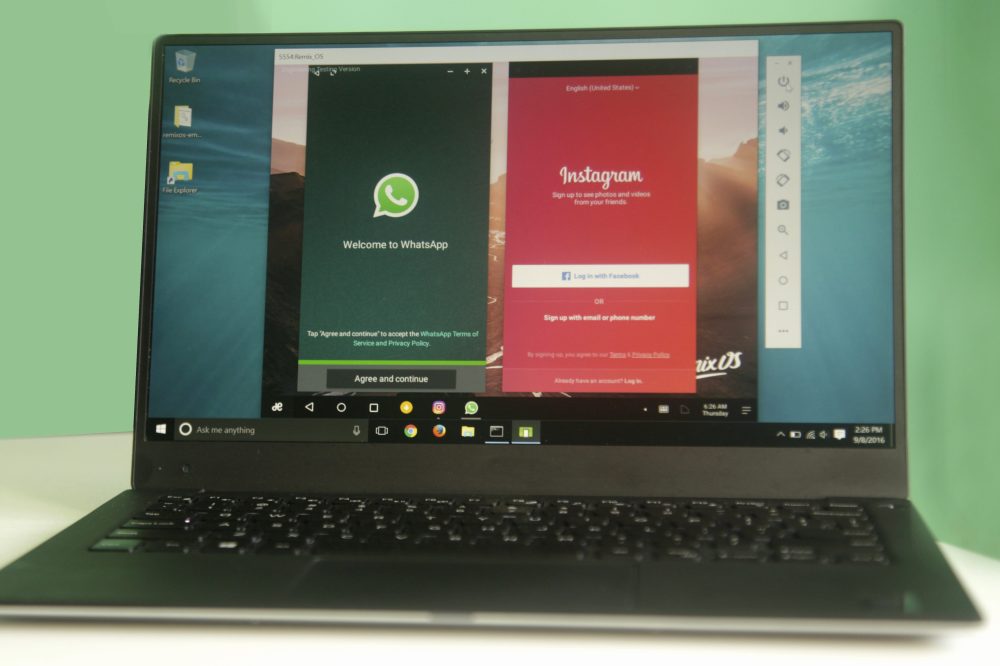