Along with the Pixel smartphones, Chromecast Ultra, Google WiFi, and more, Google also launched the Google Home, its Amazon Echo competitor. While this new product is insanely compelling, enough to where I’ve already pre-ordered despite owning an Echo, there is one giant obstacle it has to face: compatibility.

Amazon has a huge, let me repeat that, HUGE, leg up on Google with the Echo. The company has already sold millions of Echo units, and next year it plans to sell over 10 million. While the Home does undercut the Echo’s price point and add some useful features, it still has an uphill battle ahead of it. Let’s take a closer look.

Google’s Strength Is In Assistant

The first thing Google brought up during its October 4th event was AI, and that remained a big topic throughout. Assistant has already shown its power in Google Allo, and the demos on the Pixel smartphones are also very impressive, but Assistant may really show its power on the Google Home. Here Assistant can make a difference, not just in a conversation, but in getting things done at home.

For example, you can ask it a question such as “How long does it take to get to Winston-Salem from here?,” and it will provide the answer. Alexa, on the other hand, can’t provide that information. Taking things a step further, Assistant can then answer questions such as “What restaurants are there?,” automatically knowing the context and providing the information. Even more impressive, this is just scratching the surface of what Assistant is capable of.

So what made me instantly pre-order the Google Home, despite already having an Amazon Echo which fully suits my needs? Chromecast.

Google Home has the unique ability to connect to a nearby Chromecast or Chromecast Audio and route music and video to your speakers or TV, as seen in Google’s keynote. For example, you can send your Spotify playlist to your Chromecast Audio, routing the audio through a great set of speakers. Even more impressive, you can ask Google Home to pull up your favorite series on Netflix and play it on your nearby TV. This functionality really seals the deal for me personally. 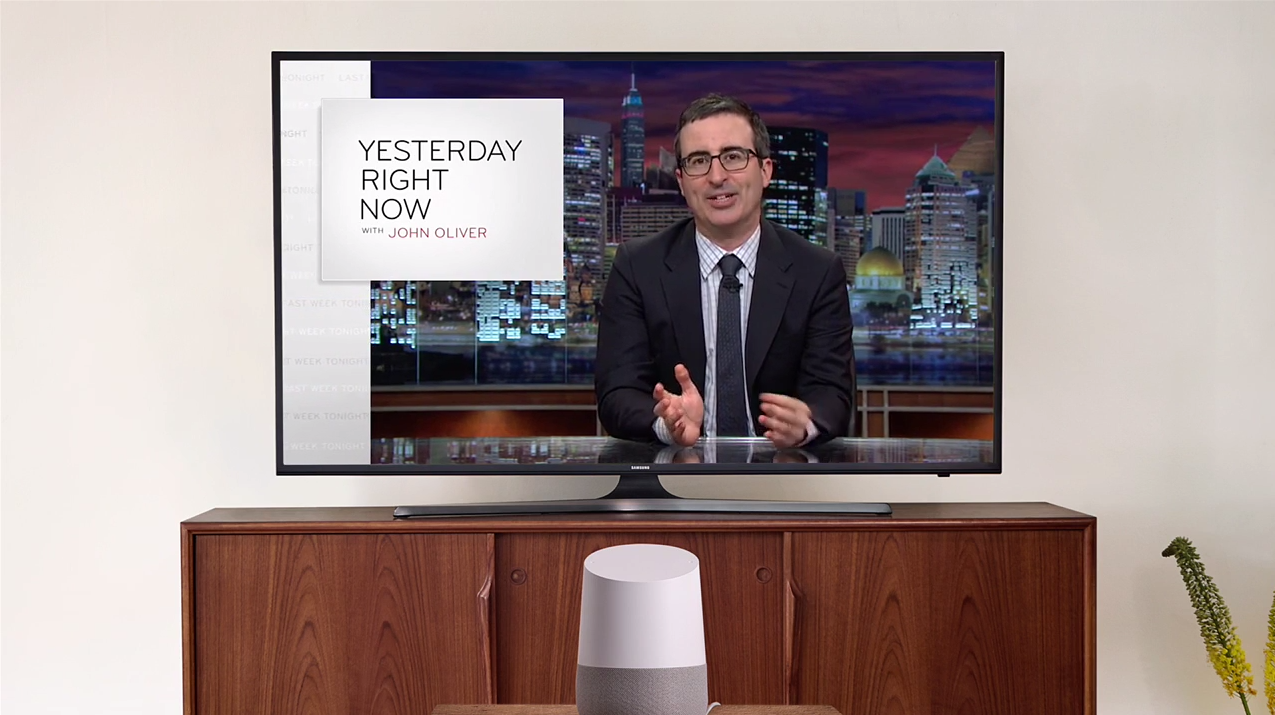 This is something Amazon could, and definitely should pick up with the Fire Stick, but with the low bar of entry that Chromecast has, Google Home really changes the game by integrating with these products. Not to mention the 4K capabilities of the new Chromecast Ultra.

Unfortunately, this only works with YouTube, at launch. Google has already confirmed that Netflix will also support this feature “soon.”

Google Is Losing The Battle Of Compatibility

So what’s the downside? Compatibility. Google has a goal to support as many connected devices as possible, but it isn’t starting things off on a good note….

At launch, Google Home is only compatible with Samsung SmartThings, as we previously reported on, Phillips Hue, and Nest smart thermostats (because of course). The savings grace here is IFTTT integration, but going through one service to another might make things a bit complicated, as it does on the Echo.

Why such a limited list of options? Google hasn’t said anything officially, but if we look back to a report from Variety, we see that Google may have been a bit too aggressive with potential partners. Google apparently attempted to sign on partners for an exclusive deal, meaning products could only integrate with Google Home if they didn’t integrate with the Echo. Clearly, it didn’t win that battle seeing that SmartThings, Hue, and IFTTT all work with Alexa as well.

Google may win the war in deciding which is the better home assistant, but Amazon has a giant lead in compatible products. Since Google has possibly soured a few relationships, it may lose one of the most important battles. Just speaking for myself, I can already identify two products connected to my Echo that won’t be supported by the Google Home, which makes switching that much harder for me.