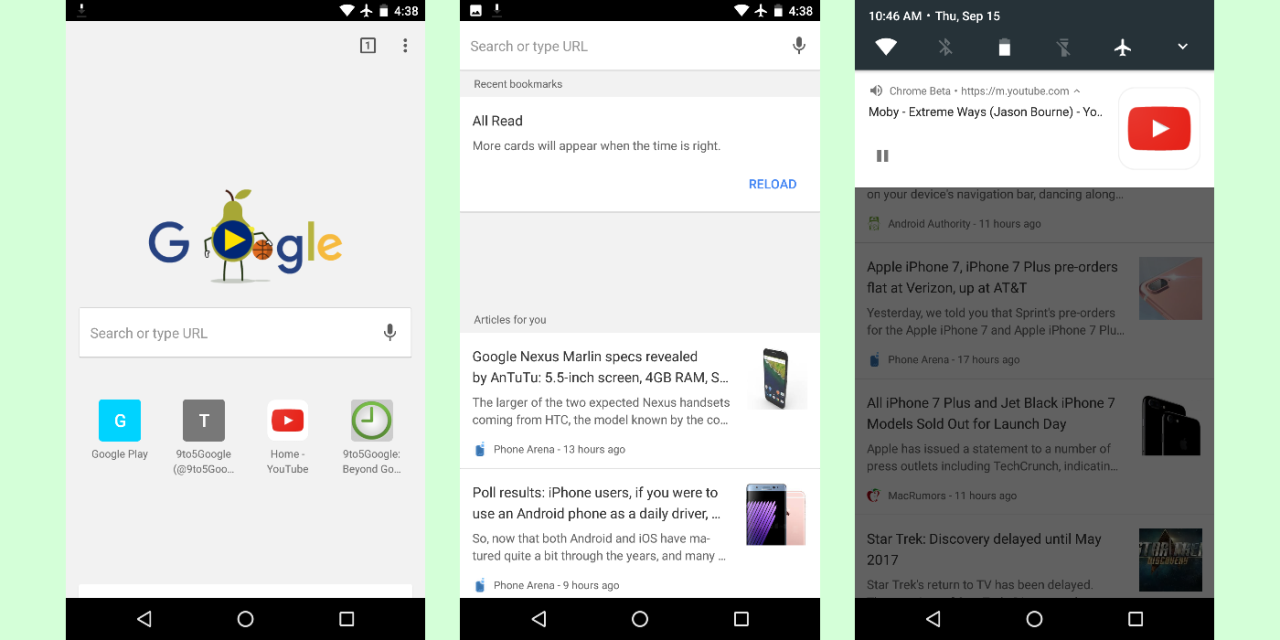 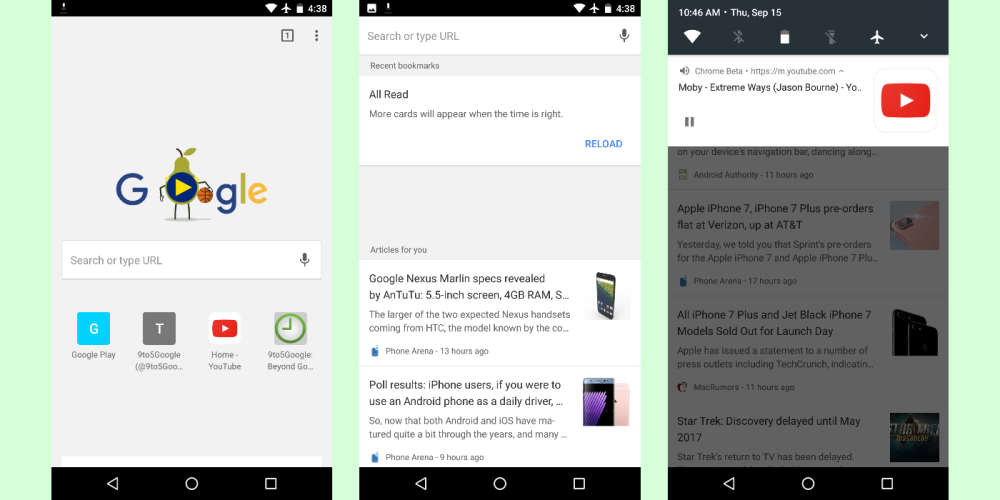 Chrome 54 for Android has entered the stable channel and is rolling out with the usual performance and stability fixes. This version also has several new features, including the ability to play media in the background on supported sites and article suggestions on the new tab page.

One of the biggest features in this version is the ability for Chrome to play media in the background on supported sites like TED.com. After you switch tabs, close Chrome, or turn the screen off, the media notification no longer immediately disappears. Pressing play on the notification will resume a video’s audio right where you left off. During the beta, YouTube videos would play in the background, but the ability has since been disabled.

Article suggestions on the new tab page are similar to the ‘Stories to read’ section in the Google app. Scrolling down on the new tab page reveals an ‘Articles for you’ section that lists 10 articles in cards that feature headlines, summaries, images, and more. The suggested content will improve over time as Chrome learns what type of articles you’re interested in.

Lastly, the browser will now offer to update saved passwords after your change or reset them. The previously announced Download feature is still rolling out, but should come server-side in the next few weeks to all users.

Chrome 54 for Android is rolling out now, with the corresponding version already available on Mac, Windows, and Linux. Earlier this week, Google launched a Canary version of the Android browser that features the latest features, but is unstable and only recommended for developers.