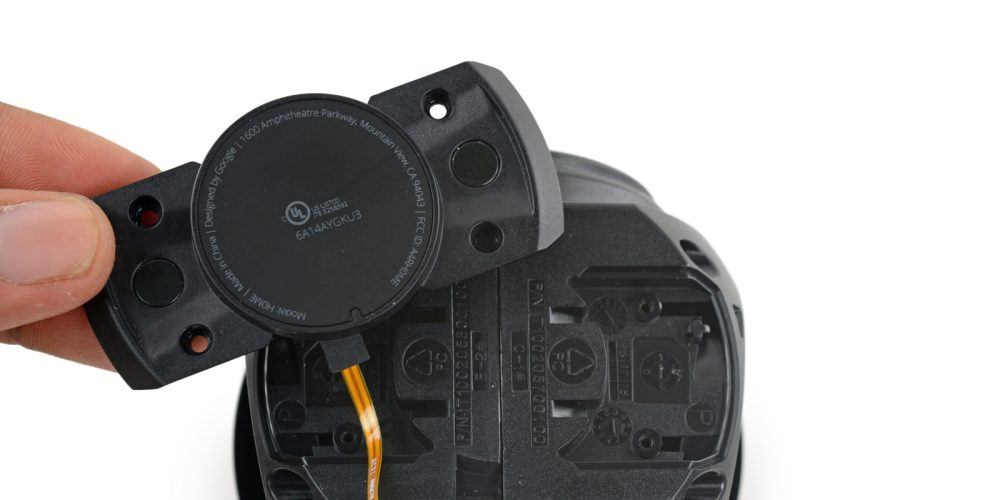 The teardown masters at iFixit pulled apart the Google Pixel a couple weeks ago to reveal a little bit of expected HTC branding on the inside, and now they’re back at it again with the Google Home. This time the biggest finding is just how easy this thing is to repair, getting a score of 8 out of 10 — which is notably better than most smartphones these days.

On the downside, the teardown notes that the capacitive touch and LED board at the top of the device is attached with some serious adhesive which was a pain to get off. The DC-in port is also soldered directly to the motherboard, but iFixit notes that this shouldn’t be a part that often needs replacing as the device is made to be always plugged in.

But the Google Home wins its 8 out of 10 score because there are almost no moving parts (which in theory should mean fewer points of failure). There are only standard screws and connectors — so you won’t need any special tools in that regard — and perhaps most importantly, many of the components within are modular and can be replaced individually.

Interestingly, iFixit also notes that the device shares a few chips with last year’s Chromecast. Inside the Google Home, you’ll find the exact same CPU, flash, and RAM modules. That’s not surprising considering the device is basically a Chromecast with a room-filling speaker attached, but it’s interesting to see just how similar it is to last year’s $35 dongle.

You can check out the full teardown over at iFixit.