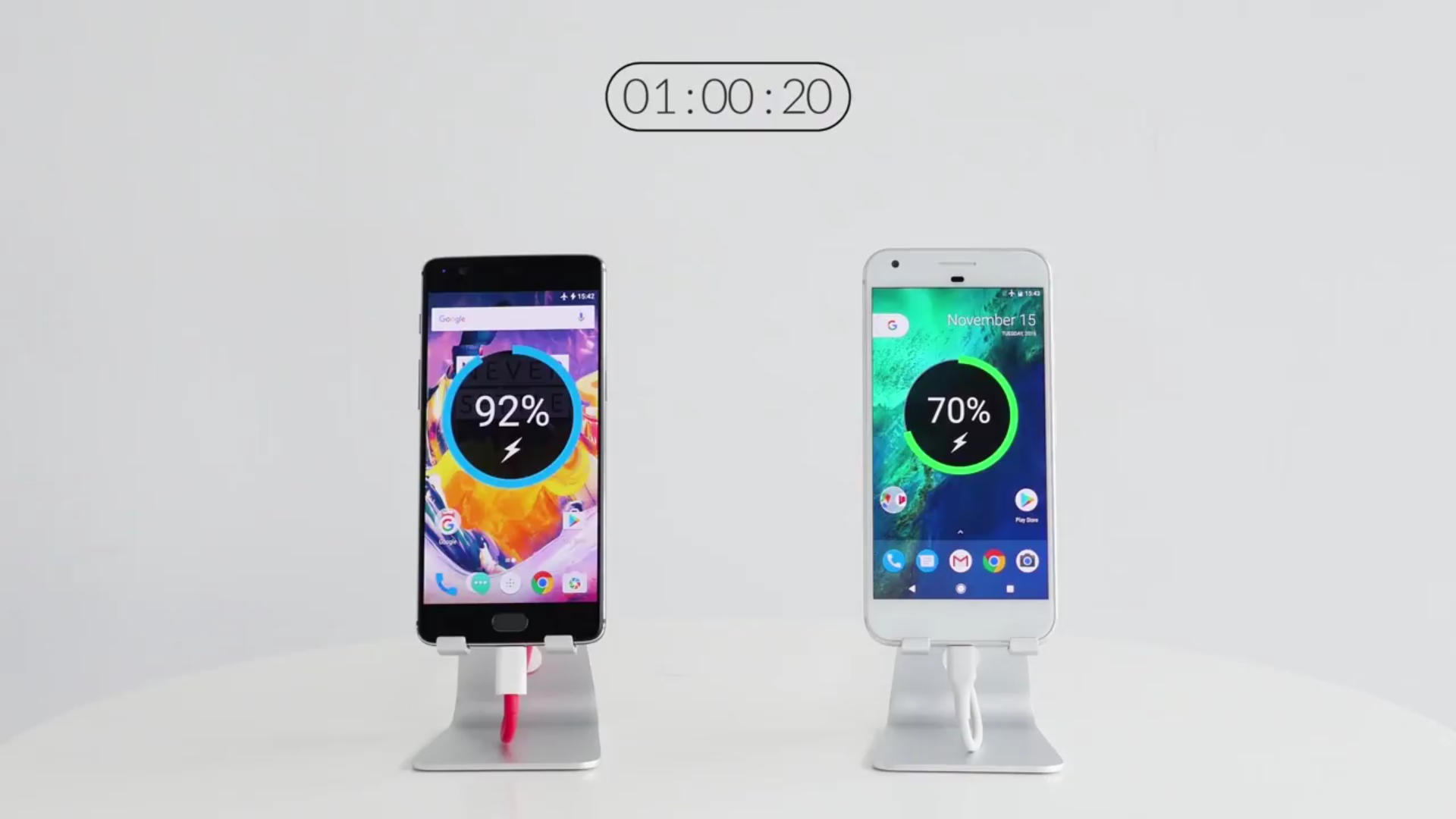 Just yesterday OnePlus unveiled the OnePlus 3T, an updated version of the already-pretty-impressive OnePlus 3. It brings an updated processor, extra storage, a new color variant, and a handful of other improvements. One of those was a larger battery. The larger 3,400 mAh battery adds a little extra stamina to the phone, but also extends the charging time ─ or at least, that’s how it’s supposed to work.

Like the first OnePlus 3, the 3T brings OnePlus’ Dash Charge technology for charging up the battery super quick. On the OnePlus 3T, it actually charges the phone up just as quickly as on the OnePlus 3, that’s to say a 60% charge in just 30 minutes or so. In the past, OnePlus has put Dash Charge up against its competition to show just how quick it is ─ the Galaxy S7 and Quick Charge 2.0 come to mind.

Now, however, OnePlus is putting Dash Charge on the OnePlus 3T up against Google’s flagship, the Pixel XL and its USB-C Power Delivery fast charging method. Both standards are quick in recharging their 3,400 mAh and 3,450 mAh batteries respectively.

Is this a giant difference in real life? Not really. Both devices will get you from a low capacity to half your battery in about the same amount of time, though. The interesting question is if OnePlus will be able to keep its charging advantage. Dash Charge is a proprietary technology where USB-C PD is a universal standard. As revealed earlier this month, Google may enforce using PD fast charging in future versions of Android, so OnePlus might not be able to use Dash Charge too much longer.