Catapult yourself in the midst of New York’s Christmas-themed streets with Google’s ‘Window Wonderland’, even in VR [Video] 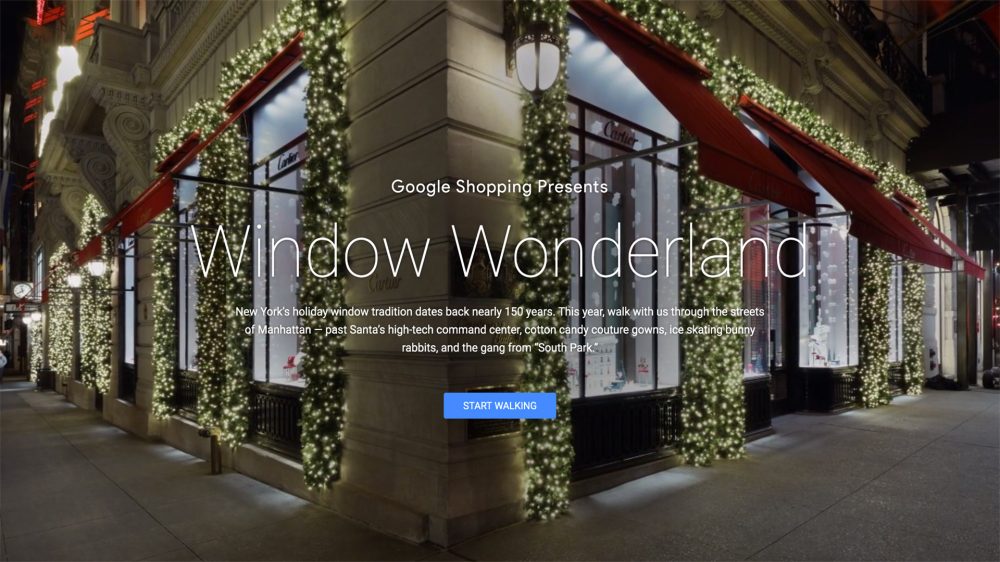 If there’s one thing that New York City and the Christmas festivity have in common, magic is surely it. Its streets get decorated with specially-themed ornaments of all kinds, and the retail stores’ windows are tweaked accordingly, as well.

And Google, with its latest initiative, wanted to capture that magic as best as it could…

It’s what Google Shopping calls “Window Wonderland”; a collaboration between Google and seventeen famous retailers that will let you experience the magical holiday window displays with your phone, tablet or computer — even in VR, either Daydream or Google Cardboard, which obviously add immersivity to the whole experience.

There’s also an interactive element: “Some windows let you enter a magical world: in Lord & Taylor’s Enchanted Forest, bunnies ice skate while raccoons fish on a frozen pond. Others include a chance to visit the museum — such as Barney’s, where artist Nick Cave takes on the issue of race and gender in sculpture,” Google’s official blogpost reads.

You will of course be able to zoom in at any point in your “walk” to better appreciate the detail of these intricate displays, and listen to accompanying audio guides if you were interesting in finding out more about their conception and the process behind their creation.

Make sure to head over to Google’s dedicated website to start your window-gazing walk, and watch the video down below.