If you just got a Pixel/Pixel XL, here are some of the best cases available 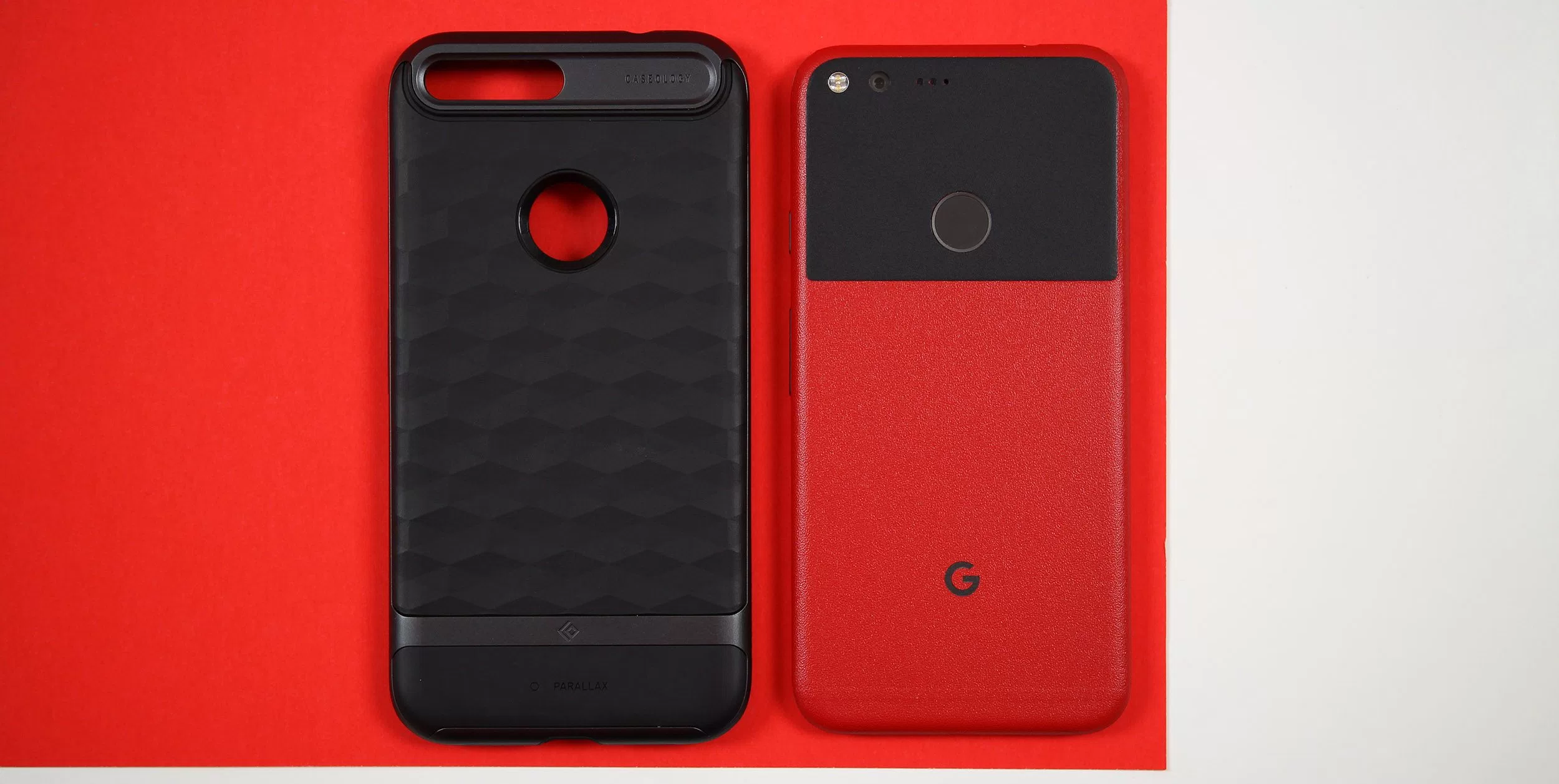 We are in the midst of the holiday season which means that many of you are getting brand new devices. If you happen to have received or picked up one of Google’s brand new Pixel phones, you might be considering a case to protect your new handset. If so, look no further than the five cases that we’ve handpicked below.

The Google Pixel and Pixel XL are constructed out of aluminum and glass, both of which are susceptible to damage. The list we have compiled are a mix of both ultra-durable and ultra-minimal options. The case that you choose will depend on the amount of protection that you want as well as how much you want to pay. 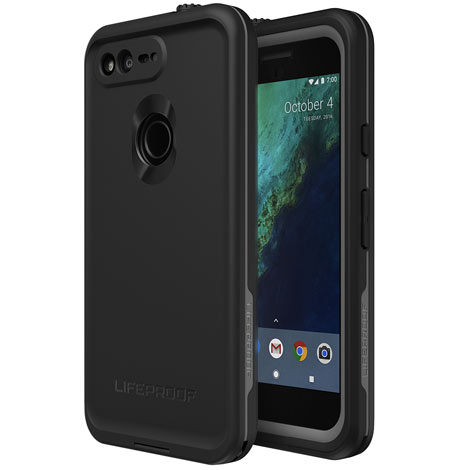 The Lifeproof FRĒ is the most rugged case on this list and will also provide the most amount of protection against the elements for your phone. With this case’s added ruggedness, your Pixel waterproof, dirtproof, snowproof, and dropproof.  The FRĒ is truly made to be used just about anywhere and handle anything you throw at it.

There are some limitations with the case though caused by the added protection. The first and most notable is that your Pixel will be decently thicker and larger. The second is that you will have covers over your headphone jack and USB-C port which can be inconvenient, but ensures that moisture doesn’t get in. Because of this, the company has included a 3.5 mm extender as most headphones won’t be able to reach the port by themselves. Right now this case is available in black only and costs $90 on either Pixel model.

Buy the Lifeproof FRĒ for the Pixel from Lifeproof for $90 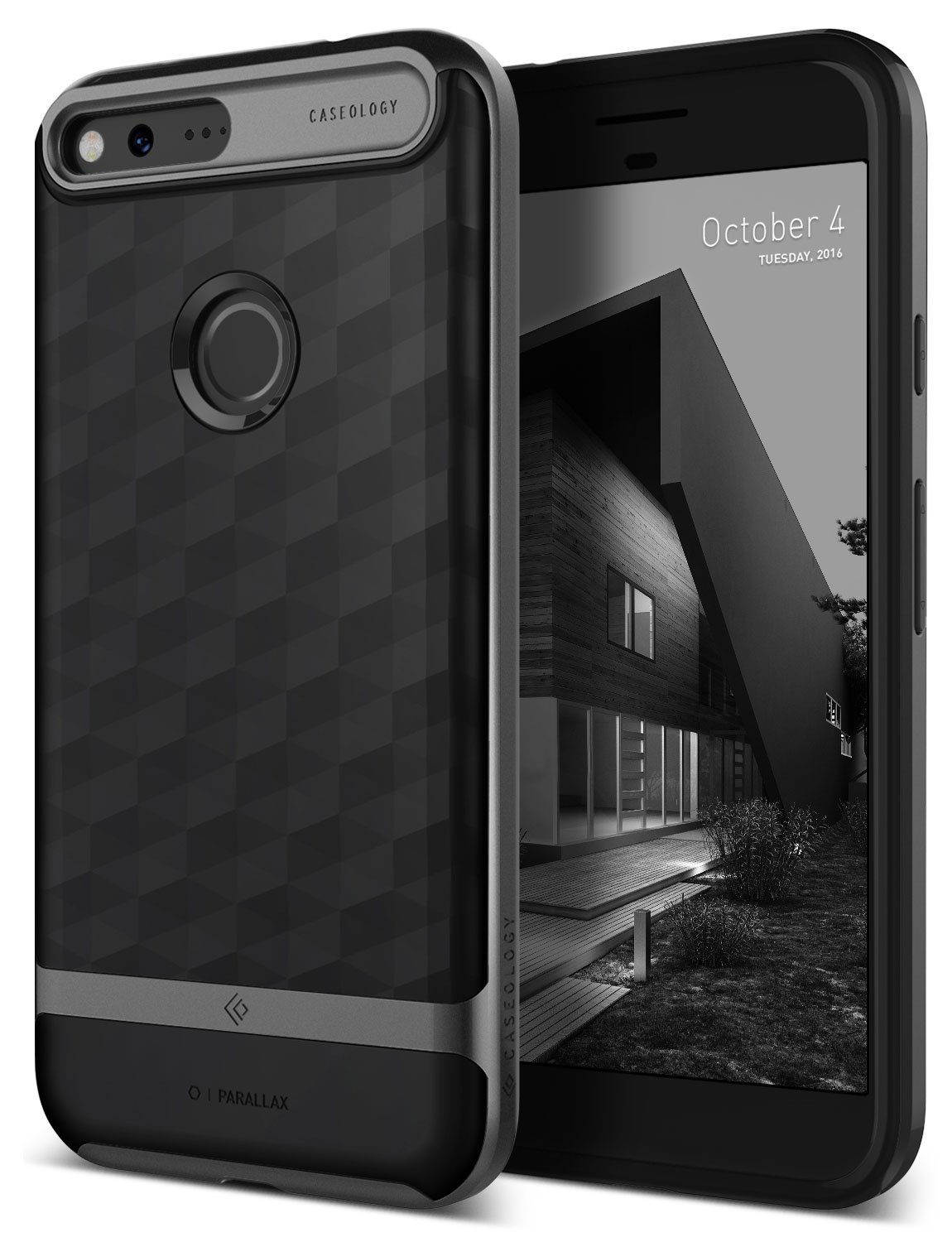 Caseology’s Parallax Series of cases for the Google Pixel is a favorite of 9to5’s Ben Schoon. Built out of TPU, the case offers all-around protection while the polycarbonate bumper around the edges will prevent damage from small drops and spills.

As far as look and feel, Caseology has made the Parallax Series with a geometric design on the back as you can see pictured above. Unlike the Lifeproof case, you can access all of your ports without the need for any adapters.

The Parallax Series is available in multiple color options such as black, burgundy, navy blue, and coral pink. The price does increase by a dollar in all of the color variants other than the black option, but it’ll vary depending on when you buy.

Another rather popular is the RhinoShield Crashguard Bumper. It is widely admired because of the amount of protection that it adds while not taking away from the design of the Pixel.

Obviously, as this is a bumper and not a full case, there is still a chance that you could scratch the phone’s metal build or even crack the glass on the rear of the device. The bumper does go over the edge of the entire handset so if you are laying your device on a level surface, the display nor the back will be subject to scratching. The company does claim, though, that the phone will be safe in drops up to 11ft in height.

You can get the RhinoShield CrashGuard Bumper in black, red, and white. 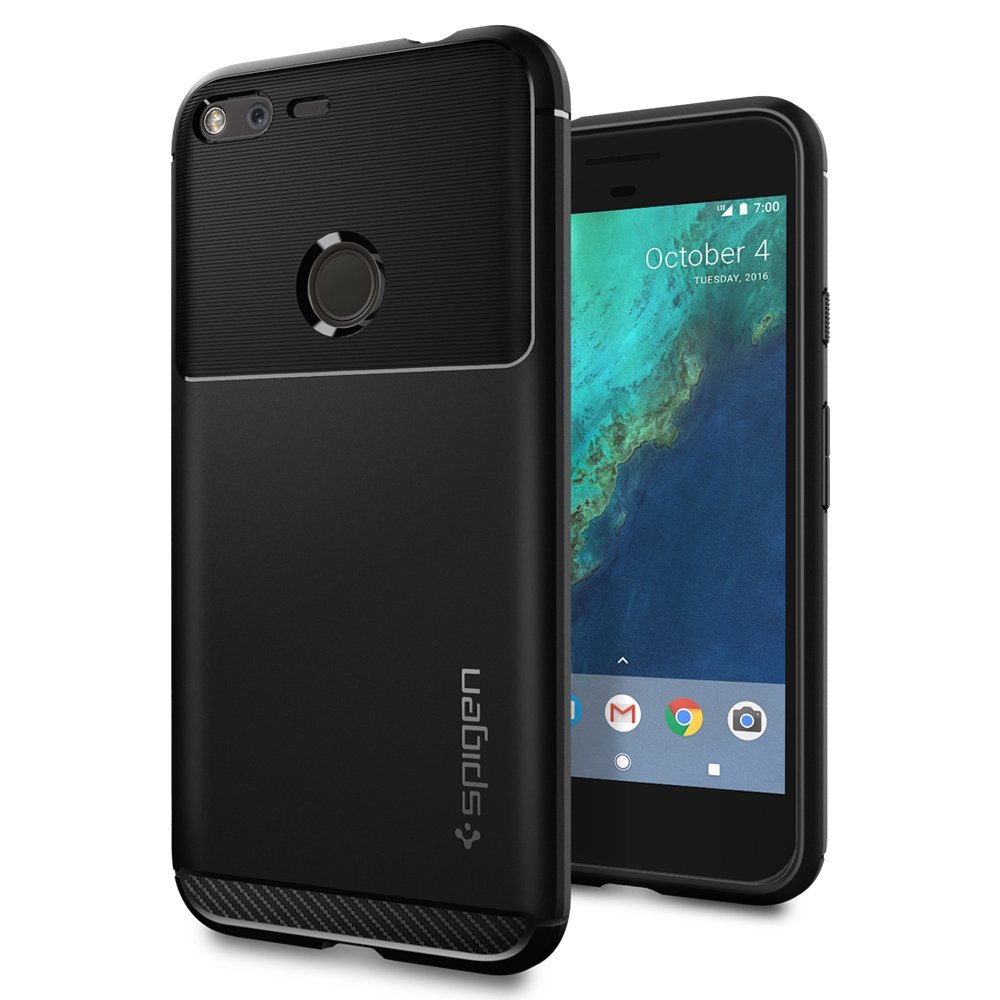 The Google Pixel has a unique design thanks to the glass panel that takes up the top one-third of the back of the device. Typically, when you add a case to a device, you are giving up the device’s unique look for the added protection. Spigen wanted to keep the Pixel’s identity so their case replicates the look of the glass panel.

The Spigen Rugged Armor case is another made out of TPU which makes it flexible as well as durable against minor accidents. Additionally, Spigen had built the corners of the case capable of taking an extra beating. 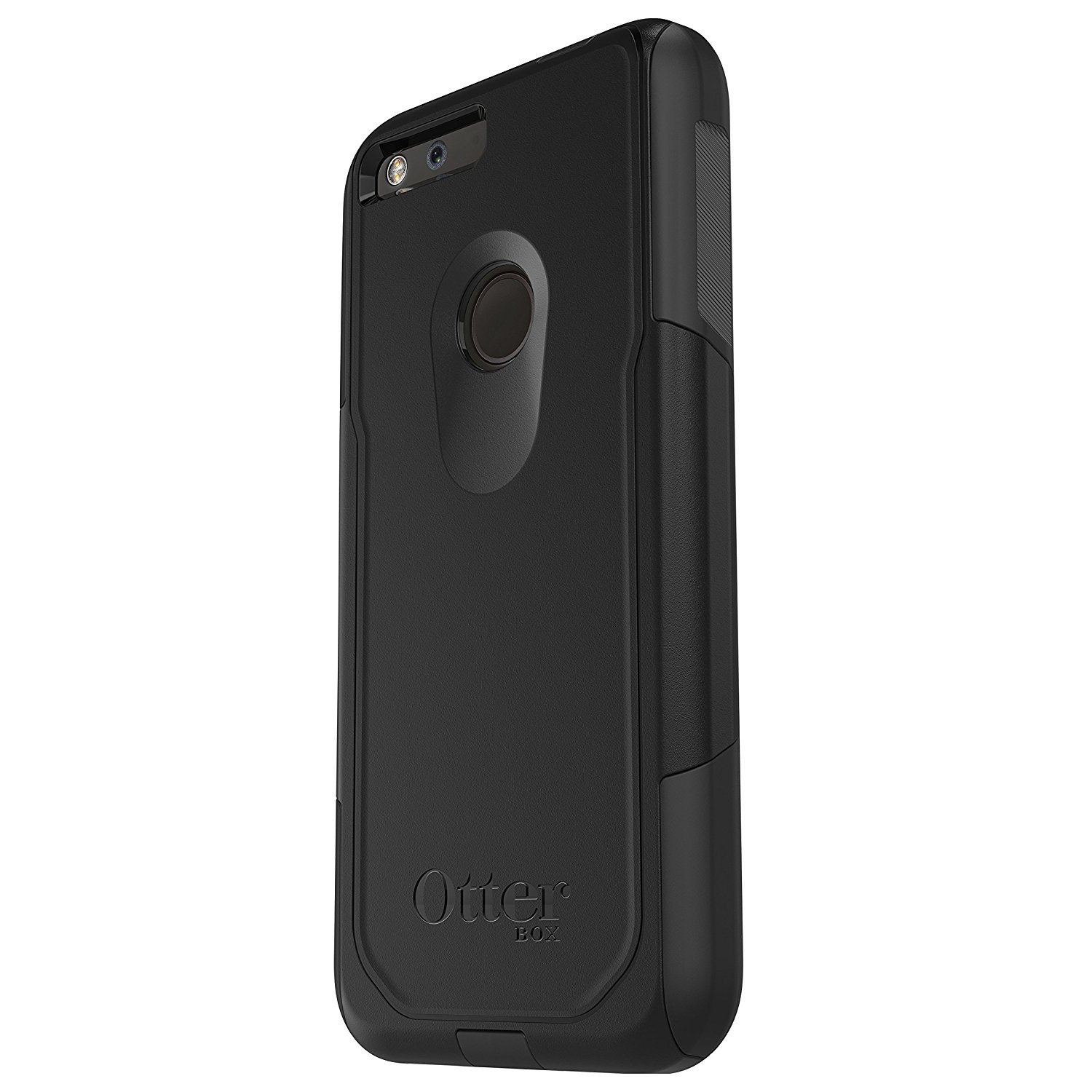 The OtterBox Commuter for the Google Pixel is the second super rugged option on this list. The Commuter Series is OtterBox’s line which offers over-the-top protection as well as being relatively thin compared to some of its other cases.

This case is made out of two separate pieces: a flexible and soft TPU inside membrane and a hard plastic outer shell. The combination of the two pieces protects the Pixel from even the hardest drops.

The OtterBox Commuter for the Google Pixel is available in black and rosemarine (pink).

If none of these cases fit your fancy, you can always check out Amazon as they have a huge selection of accessories for both versions of the Pixel. Additionally, we checked out a handful of different cases from MobileFun that you can check out here as well as the Google-made Live Case which you can read about here.