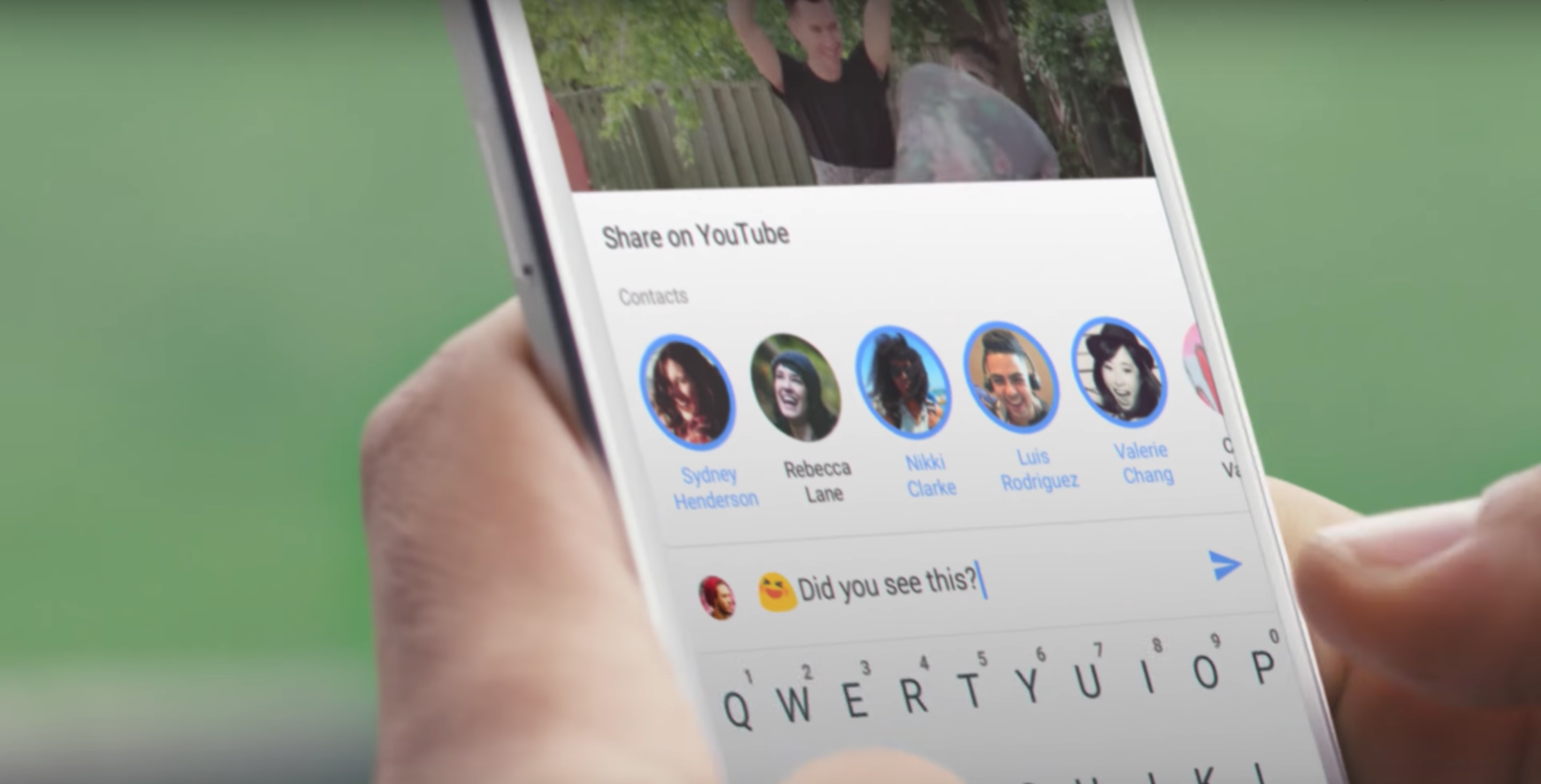 YouTube has been testing a new conversation feature which allows users to share videos and have conversations with their friends and family directly within the video network’s application. Today, Google has officially launched the new feature, but only in Canada…

The new YouTube sharing option is built on top of the current feature which allows you to quickly share videos with people outside of the app. Starting today, Canadian YouTube users should start seeing an updated Sharing tab within their mobile application which will house all of their shared videos and conversations.

The new sharing feature works as follows: First, you go to the Sharing tab within the YouTube application and add your friends and family as contacts. Once they accept, you can start sharing videos with either individuals or groups. As the new sharing feature centers around conversation, you practically have another Google-built messaging app.

According to Google, this new sharing feature is being introduced in Canada first because users there share 15 percent more than others around the world.

If you are not in Canada but want to try out this new feature, you can have one of your friends to add you to a conversation on their end. Once added, you will be able to share and start your own conversations with others. The new sharing feature is now available for both Android and iOS.