Google Voice app to get VoIP calling on Android, possibly signaling move away from Hangouts 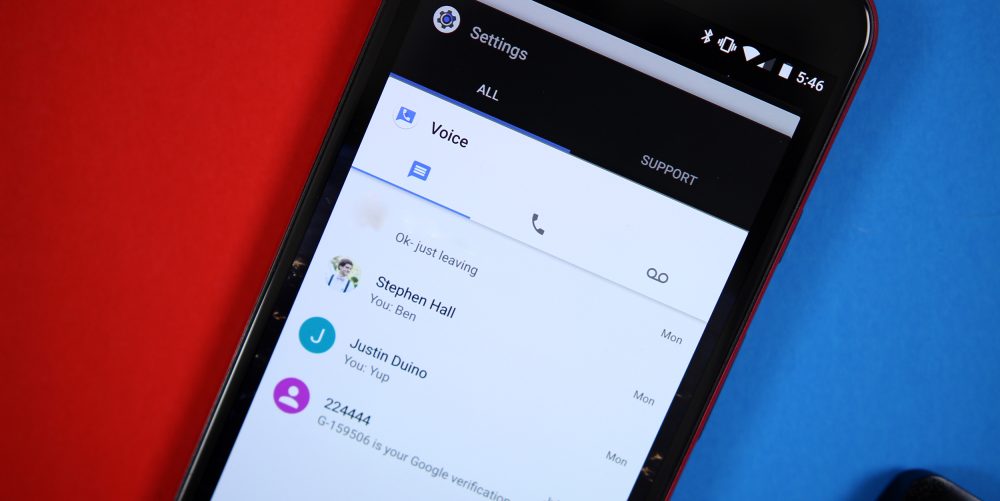 While notable, Monday’s update of Google Voice was basically just a Material redesign that lacked any new major functionality. The promise of “regular updates” is more significant, and Google has confirmed to us that one of those upcoming features is VoIP integration.

Up to now, Voice features have been predominantly used through Hangouts on Android. While that service can continue to be used, Google encourages switching over to the new Voice apps for Android, iOS, and the web for new functionality in the future:

Going forward, we’ll provide new updates and features to the Google Voice apps. If you currently use Hangouts for your Google Voice communication, there’s no need to change to the new apps, but you might want to try them out as we continue to bring new improvements.

At the moment, the switch comes with one notable downside. The lack of VoIP means that there is no way to make or take phone calls — except through Hangouts or by Voice’s call forwarding feature.

Now, however, Google has confirmed to us that VoIP integration for the new Voice is in the works:

The updated Google Voice app doesn’t have VoIP features — it has the same features for making calls as the existing Google Voice app. Hangouts will ring by default in addition to any forwarding phones on your account, just as it did before. (Again, not a change with the new app.) We are working on VoIP integration.

The full extent of this change unknown, but according to one of our tipsters, WiFi calling is coming to all devices, with the goal of it serving as a fall back when cellular service is unavailable. This ability to make a call through your number regardless of device — and even on the web — could single-handedly make Voice a full featured cellular alternative, if not a full replacement.

These upcoming features come as Hangouts continues to move its way toward being primarily an enterprise product. Presumably, that future service would drop all legacy remnants of Voice integration and focus on becoming a competitive tool for businesses and other larger organizations.  To do so, one of our tipster tells us that “heavy encryption” is in the works for Hangouts.