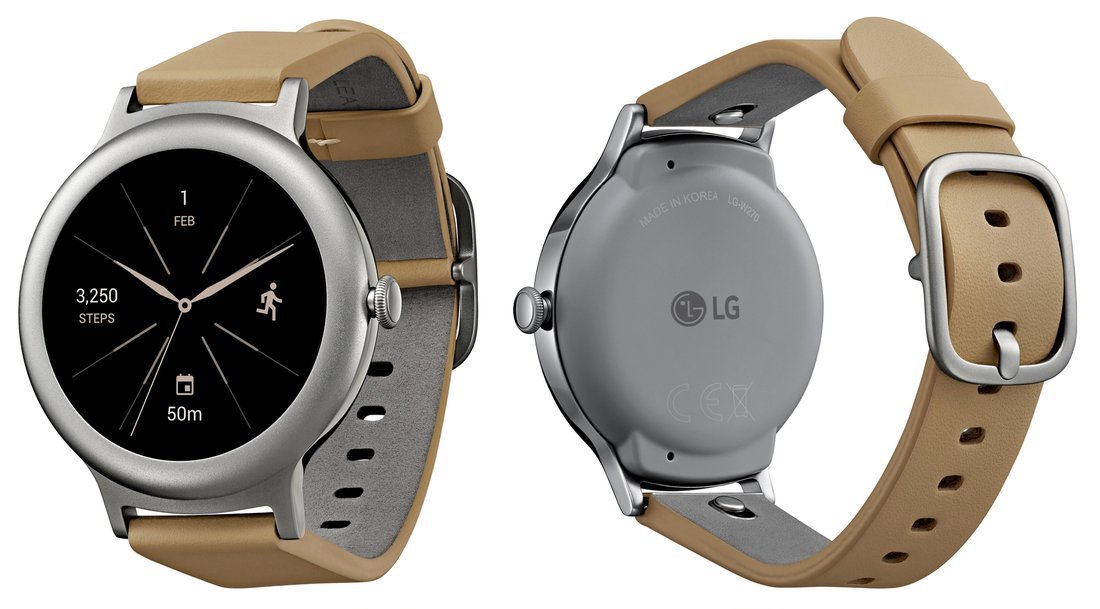 We’ve been hearing a lot over the past few weeks about LG’s upcoming duo of Android Wear smartwatches, and tonight, the first high-res renders have leaked…

Via infamous leaker Evan Blass, we have our first good look at LG’s smaller entry for Android Wear 2.0. This new image comes just a few days following some blurry renders of the Style and it’s larger counterpart, the Watch Sport.

In the new images, we see two different colors, silver and rose gold. Both appear to come with leather bands, with the silver featuring a quite attractive dual-tone color.

Interestingly, these watches don’t feature any Google branding at all, despite these devices being produced under Nexus-like terms, at least according to past reports.

The Watch Style is expected to be a Bluetooth-only watch designed for those who are looking for a smaller, more premium-looking design. It is rumored to bring a 1.2-inch 360×360 AMOLED circular display, a 240mAh battery, and 512mb of RAM. By comparison, the Watch Sport is expected to pack a larger display, bigger battery, more RAM, and cellular connectivity.

Both devices are expected to officially debut just prior to MWC, and ship with Android Wear 2.0 and extra features such as Android Pay.