Machine learning tasks, like image processing, are better suited running on GPUs rather than traditional CPUs. Google is now leveraging that by allowing its Cloud Platform users to attach GPUs to existing virtual machines and workloads.

The Nvidia Tesla K80 is the first GPU that customers can add to Compute Engine virtual machines to accelerate computing tasks. It features 2,496 stream processors with 12 GB of GDDR5 memory. Down the road, users will also be able to add the AMD FirePro and Nvidia Tesla P100s.

At the moment, up to eight K80 GPUs can be added to any custom virtual machine in the the us-east1, asia-east1, and europe-west1 GCP regions.

Google notes competitive pricing with each K80 GPU attached to a VM priced at $0.700 per hour. In Asia and Europe, it will be $0.770 per hour per GPU. 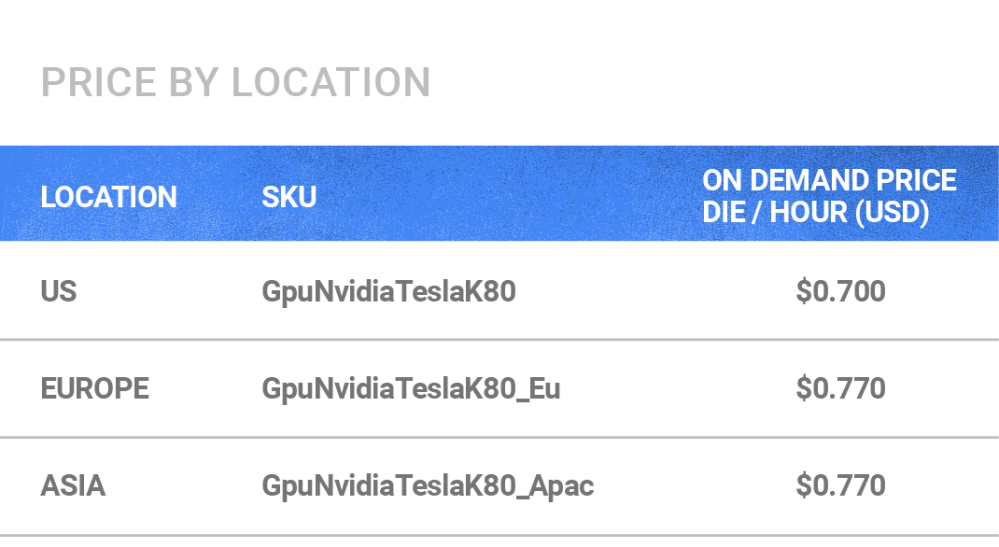