Samsung and Oculus add a controller, improved lenses to the new Gear VR 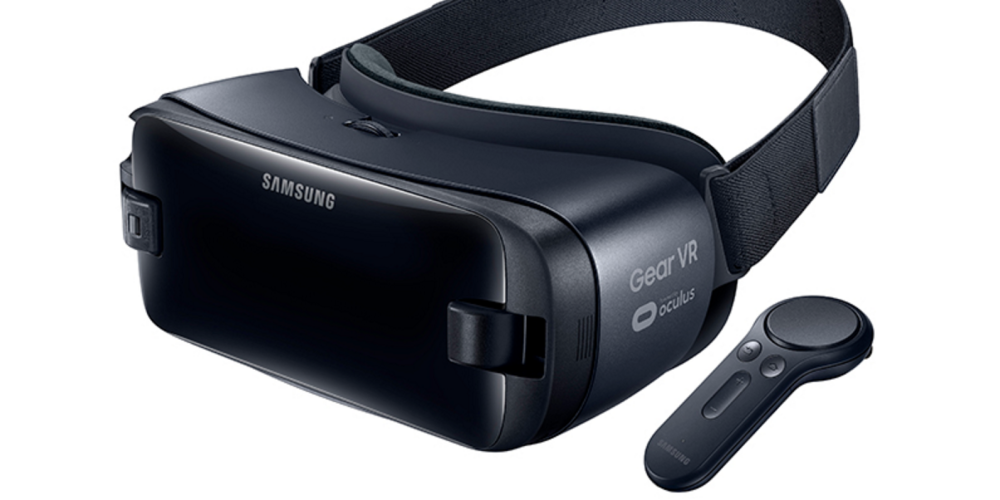 As rumored, Samsung and Oculus have announced an updated version of their Gear VR headset at MWC today. The notable highlights are lens optimizations and the addition of a motion and touch controller, much like Google Daydream, for easier game interactions.

The Gear VR’s new controller is surprisingly reminiscent of the HTC Vive’s with a flat ergonomic design and circular touchpad to navigate menus and for use during gameplay. Additionally, there is trigger button and dedicated controls for home, back, and volume, as well as an accelerometer, gyrometer, and magnetic sensors built-in.

Like Daydream, the controller can be stowed away in the headset when not in use and features a strap. However, it is powered by AAA batteries rather than being rechargeable via USB-C. Oculus notes that over 70 titles with controller support are in development, with existing touchpad apps already compatible.

In all, this is a much better and less tiresome approach than having to keep your hand to the side of the device. Supported devices include the Galaxy S7 and S6 line. At MWC, Samsung also announced their new Galaxy Tab S3.