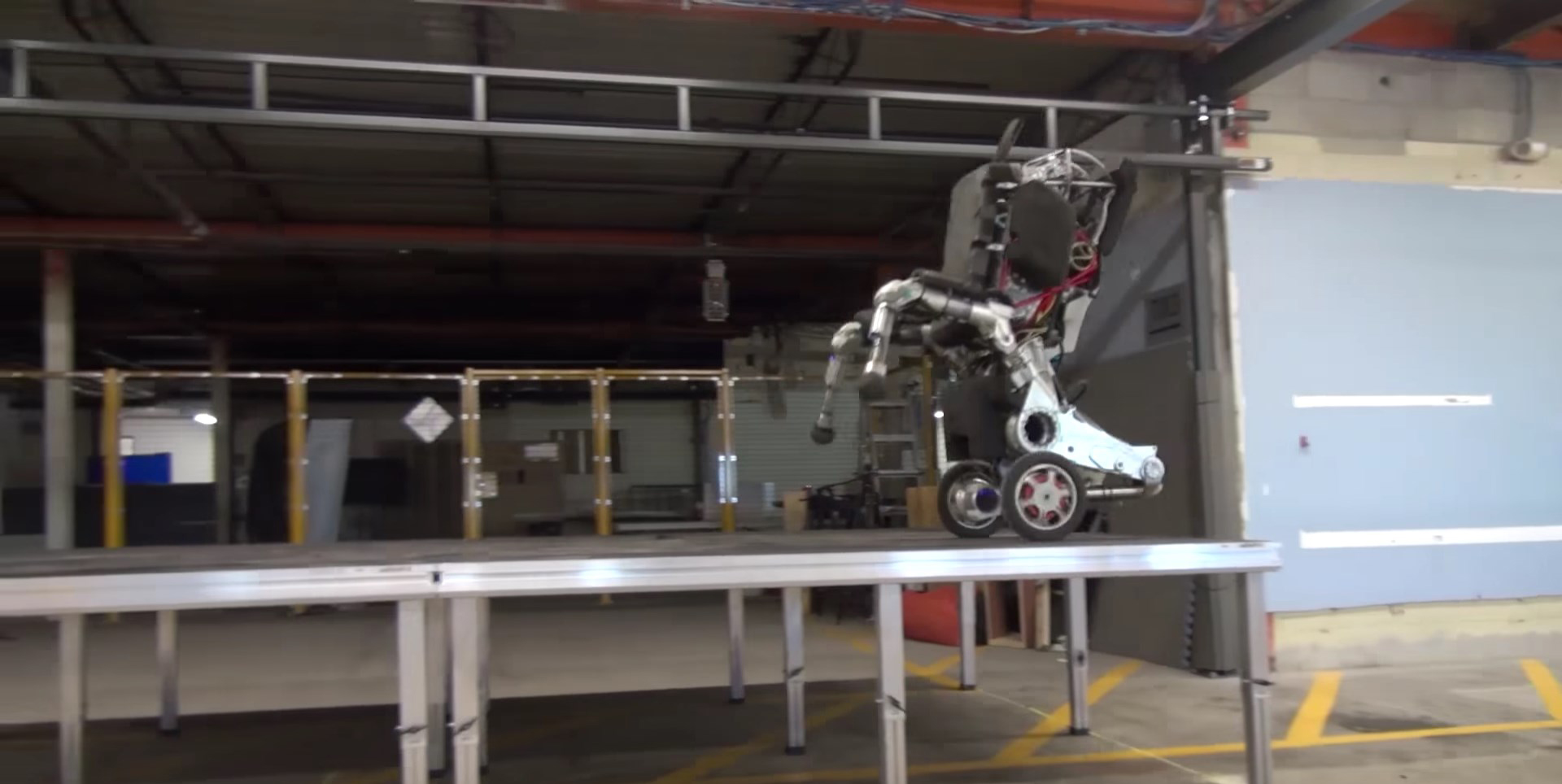 After being briefly shown off at an event early this month, the Alphabet-owned Boston Dynamics has officially revealed its latest creation, “Handle,” which the company’s founder previously described as “nightmare-inducing.”

Handle is different from Boston Dynamic’s former robots in the fact that it rests atop two wheels and balances its weight on those wheels. Thanks to those wheels, it can also travel significantly quicker than previous robots, topping off at about 9mph.

The robot is also about 6.5 feet tall and can lift 100lbs which, to me, is probably the most impressive aspect since it still needs to balance all that weight out. Further shown off in the video, Handle can also keep its balance over rough terrain, and can even jump 4 feet in the air, as well as going down stairs without an issue.

As reported last year, Boston Dynamics is still allegedly up for sale from Alphabet, so perhaps this latest creation will attract a buyer…