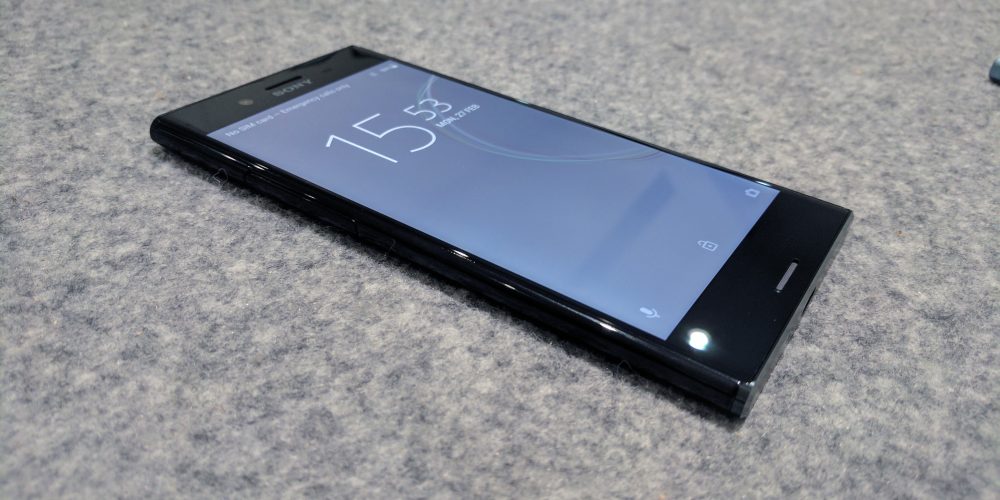 I want to put a disclaimer at the very top of this post: I have used the Xperia XZ Premium for about twenty minutes in one of Sony‘s booths at Mobile World Congress, and everything that follows is just a brief recap of my experience combined with my quick chat with the company’s reps. It therefore isn’t meant to give a final judgement by any means — but we know that the product may be of interest for more than a few, so I’m here to tell you what my very first impressions were…

The thing that immediately struck me about the Xperia XZ Premium is… Sony’s philosophy behind it. There were other OEMs are trying to push design boundaries (like LG and most likely Samsung) or deliver overall compelling packages with a few standout features (like Huawei‘s P10 or even BlackBerry‘s KeyOne). Sony, reluctantly, is simply keeping its own path, seemingly looking at the competition uninterested, from afar.

Sony’s marketing strategy, which sees it selling the device as a GSM unlocked unit and with no real carrier partnership in the crucial US market, is an example of that. Additionally, some of the features that make the XZ Premium what it is further exemplify that. This is not a proper sequel to the Xperia XZ, I learn, but rather a maxed-out version of it, that however still enjoys some key updates. One of them, of course, is the display, to which the device owes its nomenclature almost entirely.

We had seen it in its true predecessor, the Z5 Premium, and it’s here again in all of its glory — yes, that 4K display. Sony doesn’t really have a reason for using such an overkill component in its phone, other than the fact that its R&D labs flexed their muscles and were capable of engineering this beauty. But yes, if you were still wondering, the 5.5″ LCD panel looks absolutely stunning. 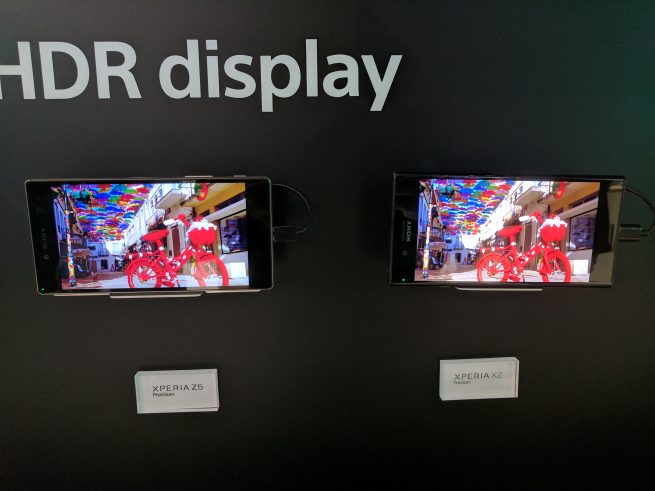 There’s even an HDR lettering next to it, although I’m still not entirely sure what that means. It increases the contrast and vividness of colors, as per Sony’s own units on display (above, Z5 Premium vs XZ Premium), but that’s about it. And it doesn’t really matter, either. With no real Daydream (nor any other kind of VR system) support, the astonishingly beautiful panel is just… there.

Speaking of over-the-top things, the XZ Premium also packs a brand new camera that, swaying away from the dual-lens trend, pushes things up to 19MP and lets its IMX300 sensor shoot at a ridiculous 960fps at 720p. Is there really a case to be made for this feature? No. It’s, again, a technological showoff and indeed something that plays nice with advertising as a cool feature.

Will it take stills that match the Galaxys, Pixels and iPhones of 2017? That’s a little harder to tell. The camera seemed to perform well in my brief testing, but being in a small room with artificial lighting doesn’t really give you a sense of what this baby could be capable of. It certainly sounds promising, but there’s a lot to prove.

To keep the “because we can” thing going, Sony also snapped Samsung’s alleged exclusivity over the Snapdragon 835 SoC away. Granted, there’s still some time before the device hits the stores’ shelves, and the S8 may end up being the first available device to sport it, but the XZ Premium makes use of Qualcomm’s crown jewel without restrictions.

That’s a good thing, as all those pixels need pushing. And, as far as I can tell, the Xperia flagship was very snappy through and through, so hopefully performance won’t be an issue. At just 3230mAh though, battery could very well be one, but that’s again something that I obviously couldn’t judge in my brief hands-on time.

What I could appreciate, instead, is the phone’s gorgeous design. It’s again built around the concept of 2013’s Xperia Z, which means it is undoubtedly ageing and those massive front bezels are really hard to swallow in 2017. However, its shiny, almost mirror-like glass-and-metal sandwich construction felt beautiful in the hand thanks to the continuous loop structure, which emphasised how minimal and classy it is. It’s not revolutionary, but it sure is both elegantly understated and eye-catching. And, thanks to the IP68 certification, you can wash all those inevitable fingerprints away. 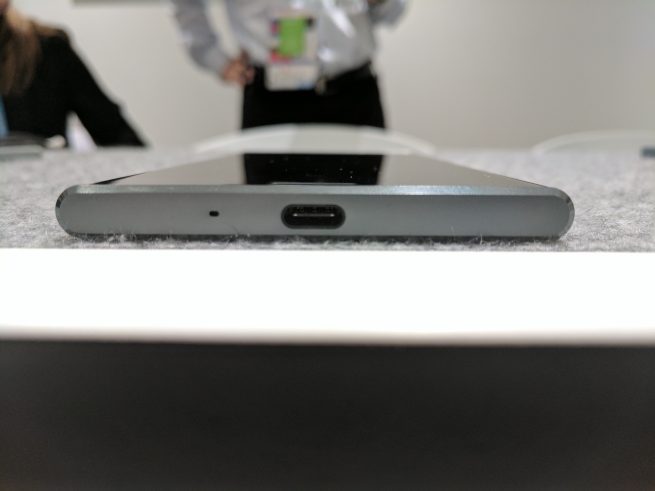 I honestly don’t know what feeling the XZ Premium has left me with. On the one hand, its technological achievements managed to spark some interest in me. I feel like there’s very little the phone may leave me to discover upon closer inspection, as I believe that, barring completely unforeseeable issues, it would be very enjoyable to use. On the other, much like Huawei’s P10, the XZ Premium didn’t seem to positively answer the “Am I actually adding anything new to the market?” question.

Unless you really fancy a 4K display in your pocket, for some reason (or plan to shoot loads of ultra-slow motion clips, or go around blinding your friends with its extra reflecting surfaces), there’s nothing that other devices don’t have. Most of all, you have to bear in mind that the phone won’t come cheap, with prices likely hovering around the €800 price tag — and possibly beyond.

If its (again, respectable) engineering achievements are Sony’s ideas of how the premium market should drag the industry forward, all I can say is “good luck with that.” It’s great to see that these things are possible, but even were the XZ Premium to prove that it’s a flawless phone in all the critical aspects (battery life, camera and general performance over time more than anything), the idea of shelling out that much money still seems hard to be justifiable.