Google wants to help pick the best launcher, icon pack, and wallpaper for your tastes 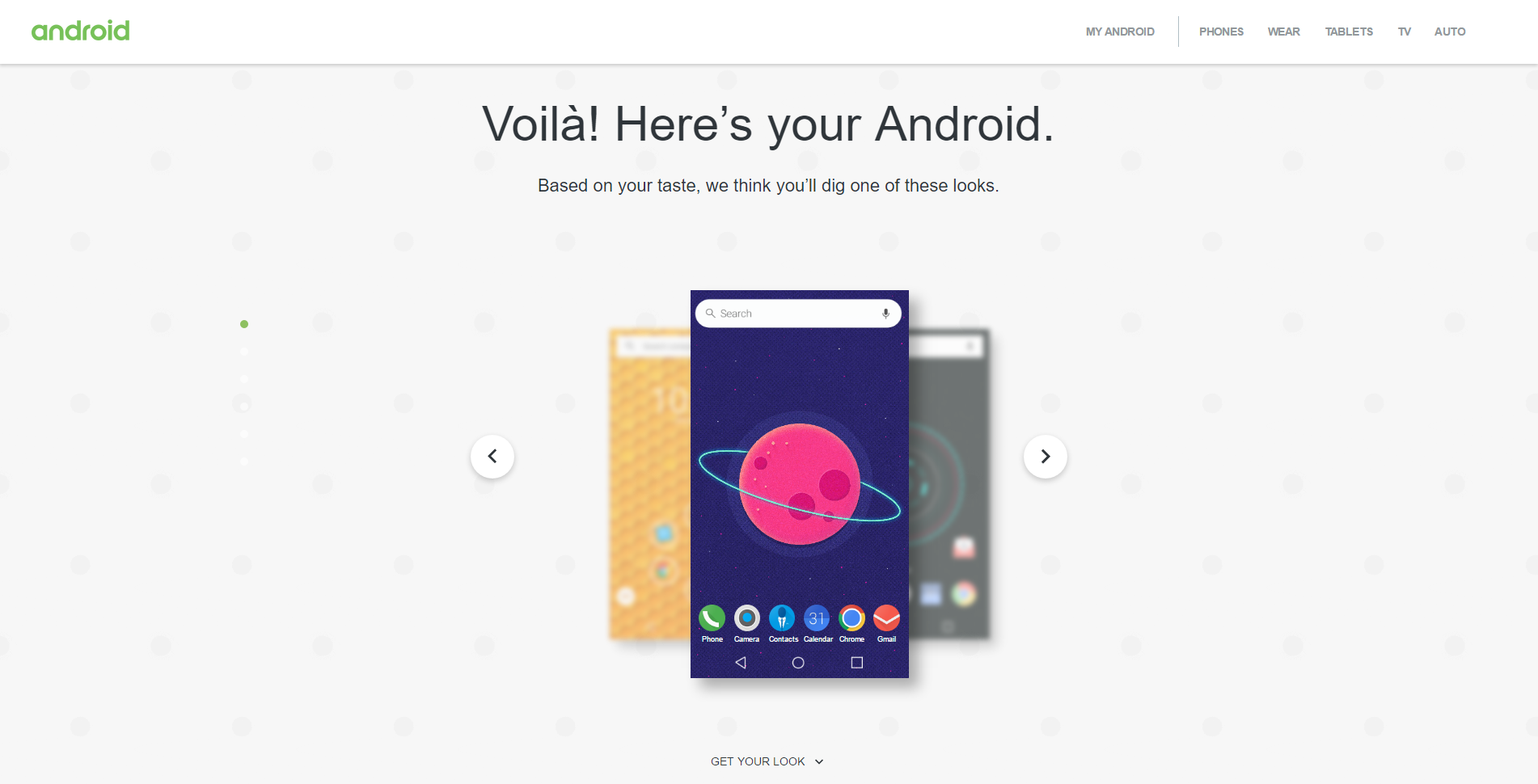 One of the best aspects of Android is the ability to customize it to suit your needs and preferences. With different keyboards, homescreens, icon packs, wallpapers, lock screens, and much more, there’s no limit to what you can do to make your device stand out from the crowd. Now, Google is launching a new tool on the web that can help make customizing your device a little easier.

#myAndroid Taste Test is an online tool that takes you through a brief poll of 22 questions to create three different “looks” for your Android device based on a combination of different launchers, wallpapers, icon packs, and keyboards. Some of the options include Evie Launcher, Nova Launcher, Backdrop Wallpapers, various icon packs, and various widgets as well. On the keyboard front, though, it seems like the Google-made tool always picks Gboard─ coincidence?

In my case, the “taste test” resulted in a primary pick of Backdrop Wallpapers, Revolution Icon Pack, Evie Launcher, Google’s News and Weather Widget, and Gboard with a blue theme. Ironically, Evie Launcher is one of my personal favorites, and everything else really does line up with what I like. The secondary choice of Nova Launcher with wallpapers from Backdrop also got my style down just right.

Obviously, these aren’t the only combinations you’ll see, so head over to the Taste Test and give it a shot for yourself! Leave a comment below and let us know what your top pick was too!

Get ready to discover the home screen for you. The #myAndroid Taste Test is here: https://t.co/bYl8Y2PgvJ pic.twitter.com/aj6uCZkCfa

For those of you who will be attending SXSW this weekend, Google will also be bringing a truck covered from “head to tire” in customizable LEDs where you’ll be able to try out the Taste Test in person. The truck will be located in an outdoor lot at the intersection of Red River and East 4th Street near the Austin Convention Center.