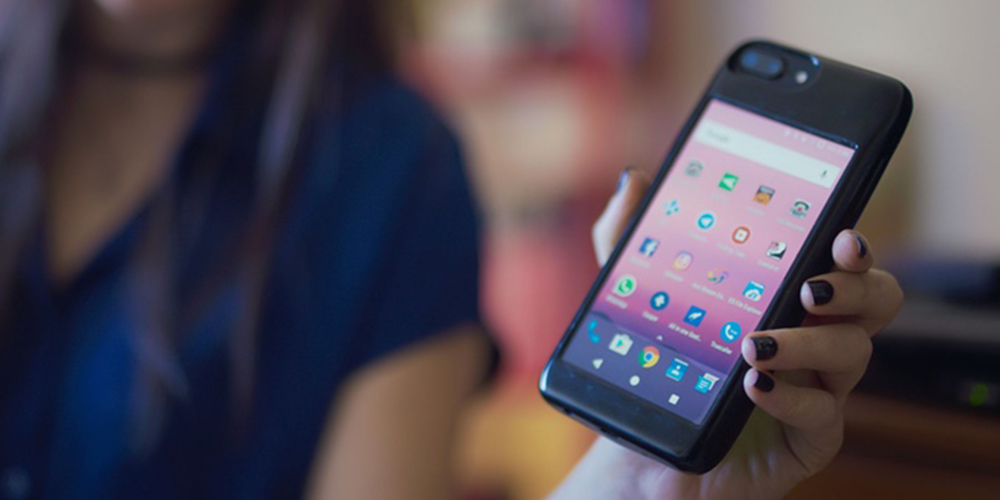 Android is a versatile operating system, everyone knows that. In its various forms, it runs on all kinds of devices, from phones and tablets to smartwatches and even fridges. But have you ever thought about a phone case that uses Google‘s OS? Let alone an iPhone case? Well, it looks like someone has, and that someone is willing to kickstart mass production of the so-called “Eye”…

The company, Esti Inc., is betting on a somewhat bizarre idea, which essentially boils down to having an entire Android device built into an iPhone case. In fact, it’s even hard to label this product as a “case” at all, as, albeit technically wrapping around the iPhone, the Eye literally sticks a second phone to its back.

Nor is a case the kind of thing on whose product page you’d find features such as a 5-inch FHD AMOLED (always-on!) display, a 256GB slot for an SD card and two additional ones for SIMs, a 2800mAh battery, an IR blaster or NFC — because, again, this is a phone. It even has its own 3.5mm headphone jack, packs in wireless charging and uses the iPhone’s rear camera as its front shooter, which is neat. Oh, and it runs stock Nougat, 7.1.

At this point, you might be questioning why would anyone want such a product, and the company surely doesn’t seem to be able to make a strong case for it. They tout “cool features you never knew you needed”, and while the presentation videos are indeed cool, I honestly feel like I still don’t. But if for some reason you desire to have an Android device to easily pair your iPhone with, this may be your chance (if you have an iPhone 6, 6s or 7, or indeed one of their Plus versions).

As the super-early units at $69 have sold out rather quickly, the price for early bidders comes in at $95 for the standard model, with Esti asking $129 to add 4G connectivity. Another batch closes in at $119 and $149, respectively, while the ultimate retail price will be $189. The company will ship worldwide, with the Eye expected to reach customers’ homes between August and September of this year.