2017 has seen two big consumer-facing Chromebook releases so far: the Samsung Chromebook Plus/Pro, and the ASUS Chromebook Flip C302CA. Both are a part of the “third phase” of Chromebook design I explained in my Chromebook Plus review, which means that both are clearly designed with Android apps in mind.

I’ve been using both of these machines for the past couple of weeks, and in that time, I’ve come to form opinions about both, and see the strengths and weaknesses of each. So, let’s take a closer look at how the Samsung Chromebook Plus/Pro and ASUS C302CA compare…

Looking at a Chromebook in 2017 is a different process than doing so just a year ago. Now, Chromebooks can double as your Android tablet, and that’s especially true with these machines. Currently, the Samsung Chromebook Plus is the only one to pack the Play Store out of the box, but it’s coming to the ASUS in just a matter of weeks, and it currently has access via the beta channel.

On either machine, Android apps work great. There’s a clear optimization difference on the ARM-based chipset, for obvious reasons, but the overall experience is solid.

However, the biggest thing to worry about with using a convertible laptop as a tablet is the actual size. Samsung and ASUS both use similarly sized displays on these machines, with a 12.3-inch panel on the Samsung, and a 12.5-inch on the ASUS. The display quality on both machines is solid, but with a higher resolution and brighter panel in the Samsung, it’s the clear winner.

Both provide the same basic amount of screen real estate, but Samsung’s works better as a tablet due to the 3:2 aspect ratio. This makes it a little easier to reach around the screen, especially if you’re using it in portrait mode. As a Chromebook, though, the ASUS C302CA is definitely the better choice since the added width makes for a far more comfortable keyboard.

While $500~ isn’t all that much to spend on a laptop, it’s in the higher tiers for a Chromebook. As these are expected to be premium machines, both are built from premium materials, or at least, they look like they are.

The Chromebook Plus and Pro are both made from a magnesium alloy which looks like metal, but is lighter. That’s great, but it also takes away from the premium feeling this machine should have. The ASUS, on the other hand, offers a slightly better build. The sharper edges are a nice touch, and the overall build feels a bit more premium by comparison. 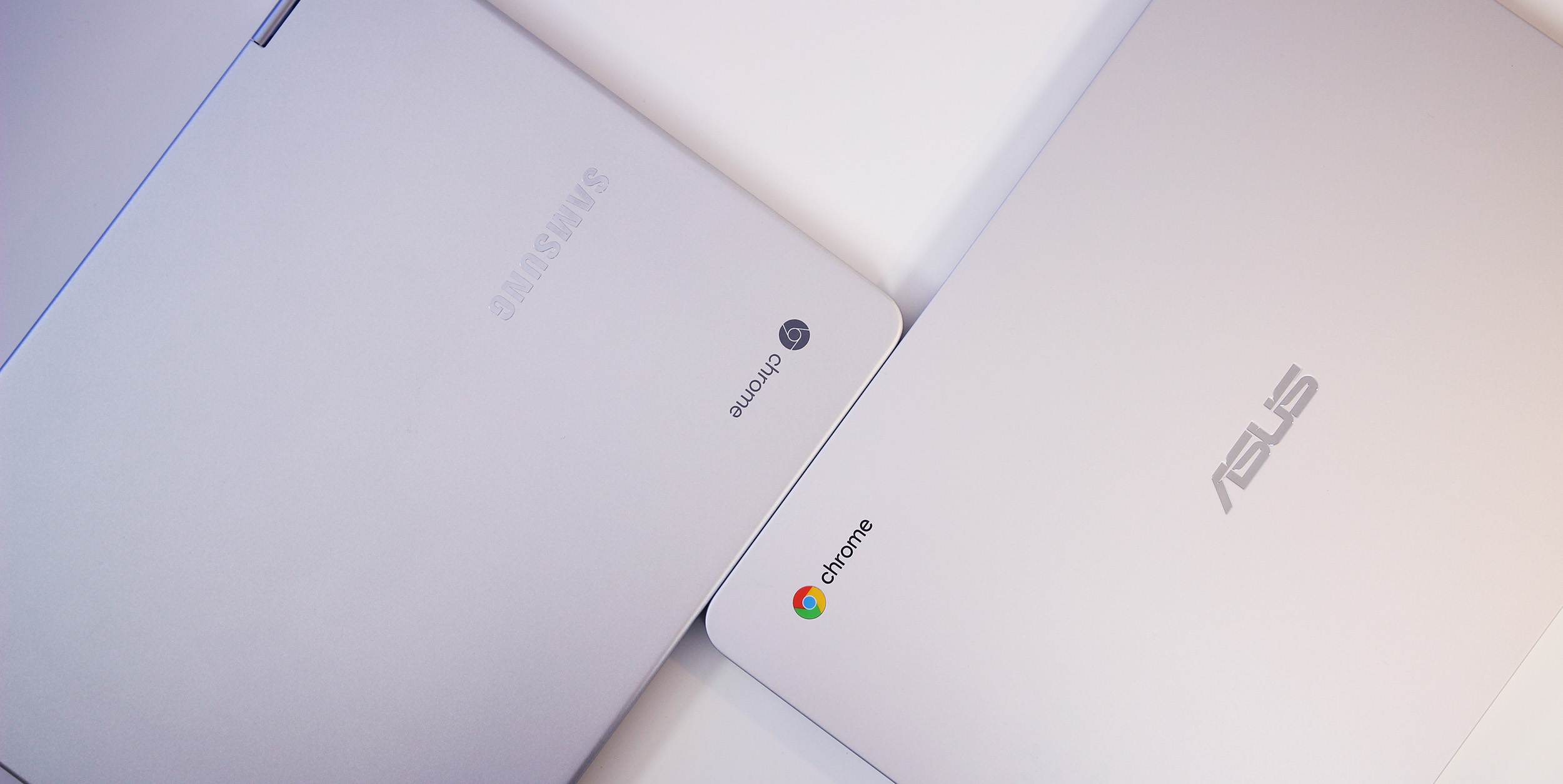 Both of these machines are also designed with portability in mind. At under 13-inches, they both hit what I consider the sweet spot between screen size and overall size. However, as with most smaller laptops, that comes with some compromises to crucial parts of the machine, namely, the keyboard.

On the ASUS Chromebook Flip C302CA, the keyboard feels natural, with a decent amount of travel and good spacing between the keys. It doesn’t have very good tactile feedback, but that can be viewed as a perk if you need to use the machine in a quiet environment. 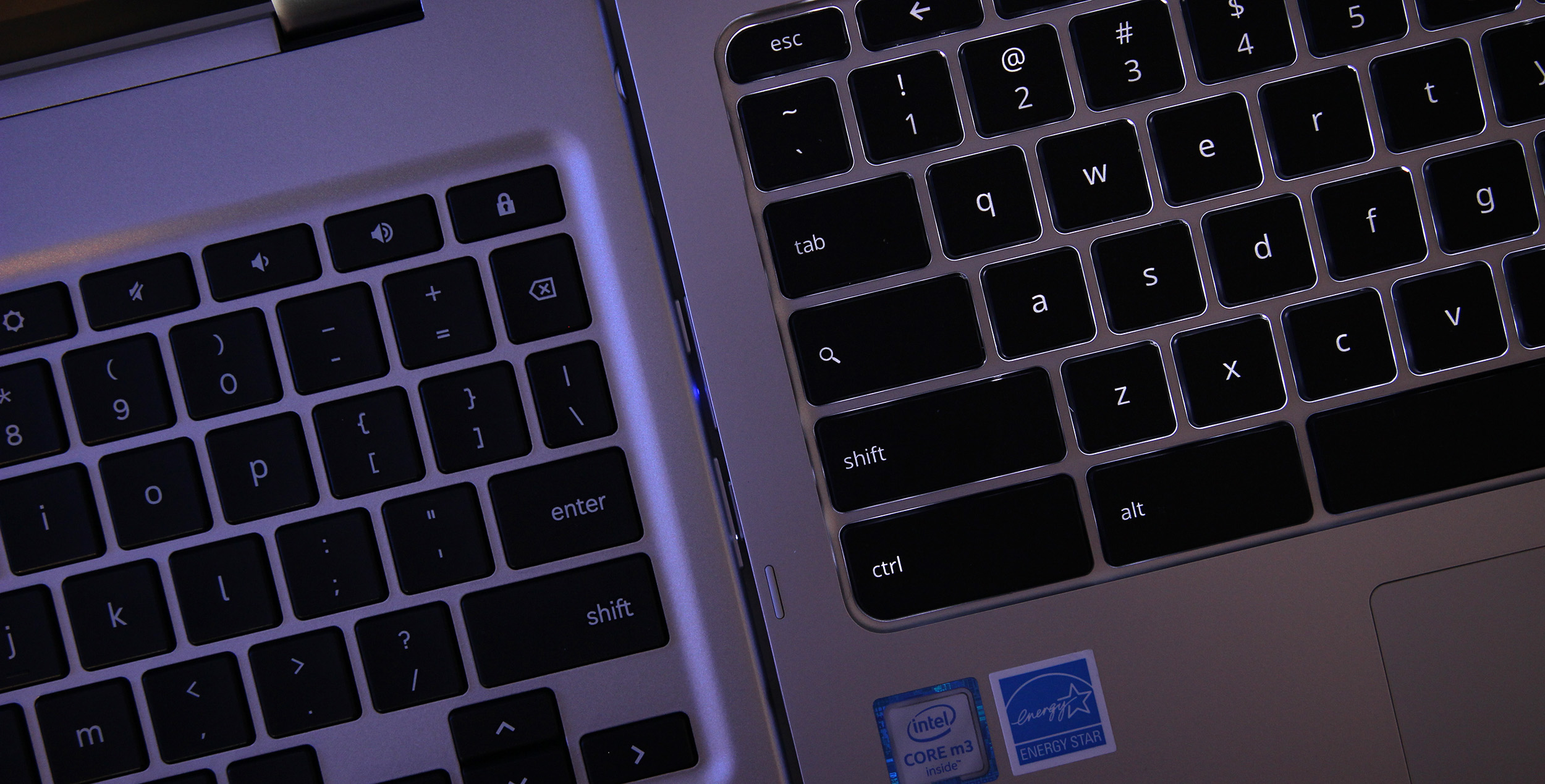 The Samsung Chromebook Plus/Pro, on the other hand, features a keyboard which feels, off, somehow. It’s a little hard to explain, but essentially what’s going on here is that each key is slightly thinner than it is on most laptops. It’s not a deal breaker, but it takes a while to get used to.

Another key difference between the two keyboards is backlighting. Samsung, for whatever reason, does not include backlighting on the Chromebook Plus/Pro at all. The ASUS C302CA, on the other hand, offers up backlighting rivaled only by some of the best laptops on the market today.

Really, this comes down to power user vs casual. If you’re using Android apps first and only running a handful of Chrome tabs, the Chromebook Plus is the better choice, especially considering Android apps will run a bit better on an ARM-based chipset.

On the other hand, the ASUS C302CA and Chromebook Pro offer up a better experience when it comes to outright performance. Intel’s m3 offers up much better performance under load, meaning you can open up quite a few more Chrome tabs without the machine bogging down.

Then there’s the pricing. Between $450 and $550, all of these machines are in the higher tier as far as Chromebooks are concerned. That said, they’re all good values for what they actually are. The Samsung Chromebook Plus offers a solid, apps-first experience for $449, where the Chromebook Pro will offer a Chrome OS-first experience when it debuts for $549.

The ASUS Flip C302CA, on the other hand, hits the middle ground. It offers more power than the Plus at a lower cost than the Pro, while offering a better Chromebook experience without compromising when it comes to Android apps. 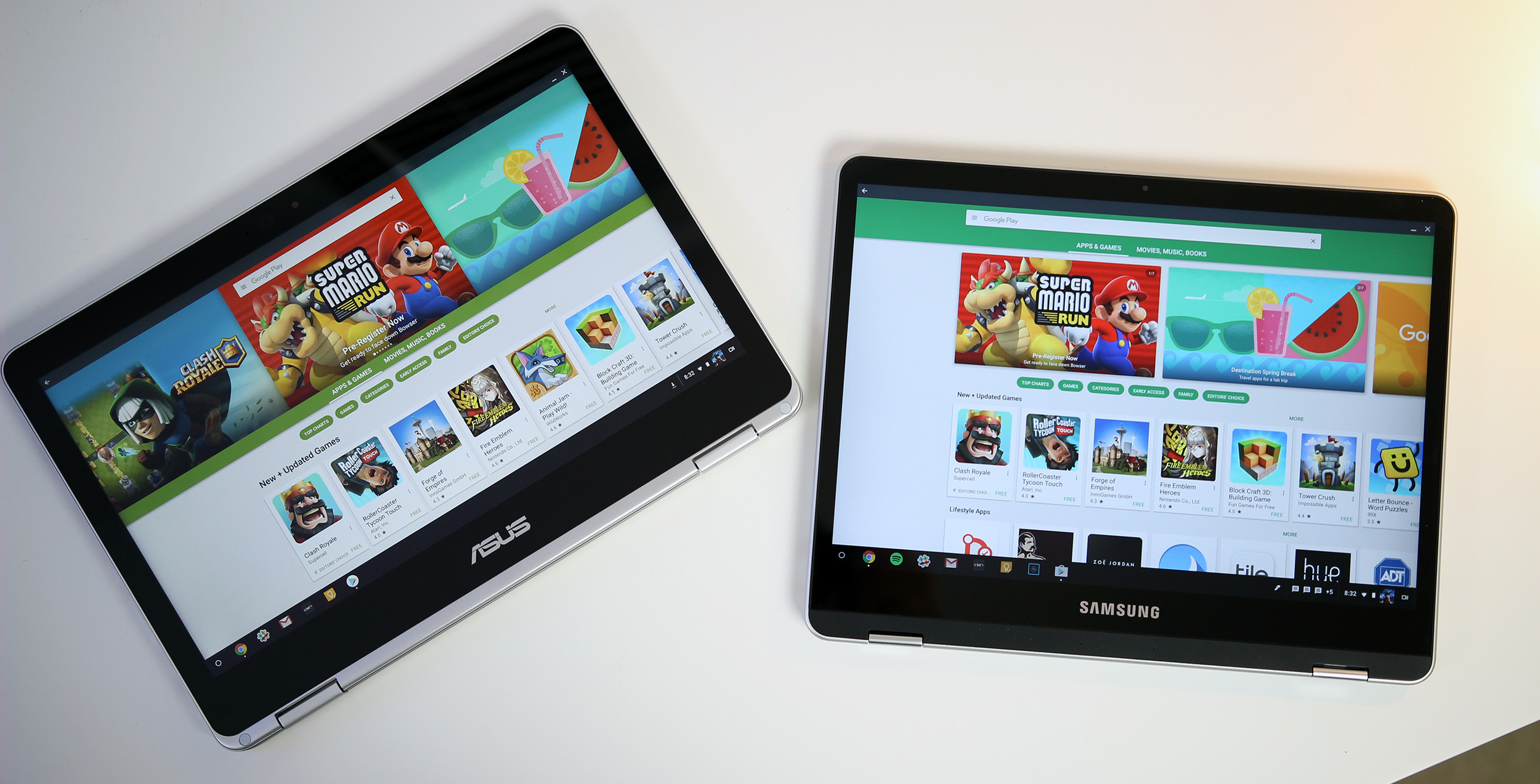 At the end of the day, you’re not going wrong with any of these machines. Both versions of Samsung’s new Chromebook are excellent, and ASUS’ latest is fantastic as well. However, there is one thing that needs to be said: the Samsung Chromebook Plus/Pro was way overhyped. It’s not the perfect Chromebook by any means, as many of us hoped it would be. For many of you, the ASUS C302CA may be the better option, like it is for me, but that’ll just come down to what you value more…

Buy a Samsung Chromebook Plus