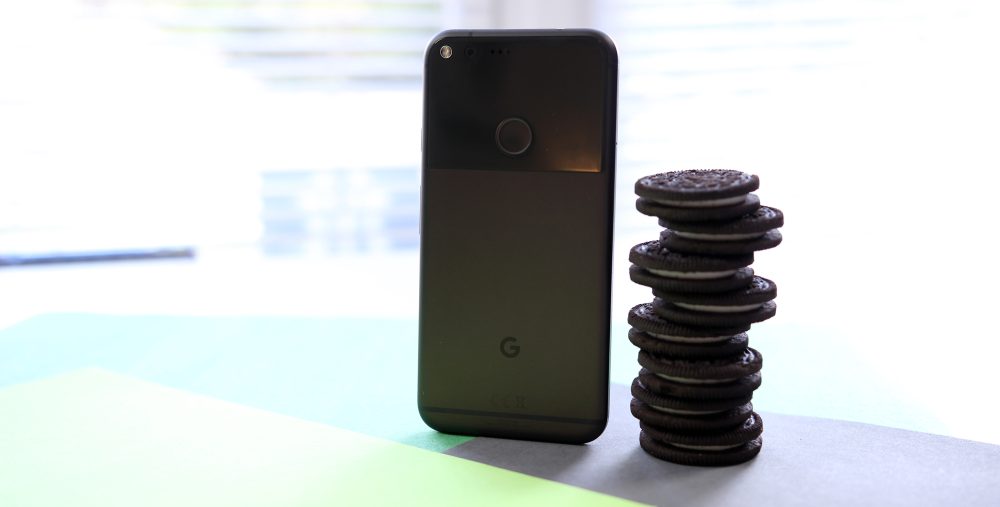 Google announced the Android O developer preview this morning and it’s shaping up to be a big update with numerous functional (and a few visual) changes. With factory images available for flashing, we’re compiling a list of all the new features, so follow along.

To improve audio fidelity, Sony has made their LDAC codec available as part of Android O. Qualcomm’s aptX and aptX HD codes are also supported. Meanwhile, the new AAudio API is designed for apps that require high-performance, low-latency audio. Lastly, the ConnectionService APIs have been updated to allow calls from third-party apps to interface and be controlled by Bluetooth devices, like cars.

For improved glanceability, notifications in Android O are better grouped, with developers being able to customize the background color. However, Google notes that this should only be for “ongoing tasks which are critical for a user to see at a glance.”

Under the hood, Android is introducing app-defined categories for notifications. For example, a news app would group notifications under various sections, like politics or sports. These notification channels let developers give users fine-grained control over different kinds of alerts, as well as the ability to quickly turn off specific categories by holding down in the notification shade.

Persistent notifications also have a new, more compact look. More on that here.

The status bar icons at the top of the quick settings panel sees some minor changes and reordering, with the addition of a battery indicator and percentage. Additionally, when the panel is fully opened, but there are notifications that are not visible, their app icons will be listed in a bar at the very bottom of the screen.

When closed, quick setting toggles are noticeably taller, with the cellular indicator switching from an icon to text of the service you’re on.

First added to Android TV in Nougat, Picture in Picture is now available on phones and tablets. Building on multi-window mode in the last release, there is a new app overlay window and multi-display support for launching an activity on a remote display.

Some OEMs, like Samsung, skin devices all the down to the shape of app icons. Android O now allows developers to create adaptive icons with different shapes that the system will automatically display based on a mask selected by the device. These icons can feature animation interaction system-wide, including in the launcher, shortcuts, Settings, sharing dialogs, and in the overview screen.

Noting the rise of keyboard navigation due to Android apps on Chrome OS, Android O has more reliable, predictable models for what “arrow” and “tab” navigation will do.

Accessibility service can respond to directional swipes (up, down, left, and right) from a device’s fingerprint sensor. Notably, this is labeled as an accessibility feature so it’s unclear whether it can be used system-wide to scroll anywhere.

Android O completely revamps the Settings app with a completely white background, top bar, and even icon. To activate developer options, users who previously set a device password have to enter it before being able to access the menu.

The app info page features a larger icons with applications like YouTube featuring an ‘Advanced’ option to enable/disable picture in picture. As we previously reported, Android has also gained support for notification badges on app icons. Settings are available under app info, but  developers need to first enable support before this feature will work. 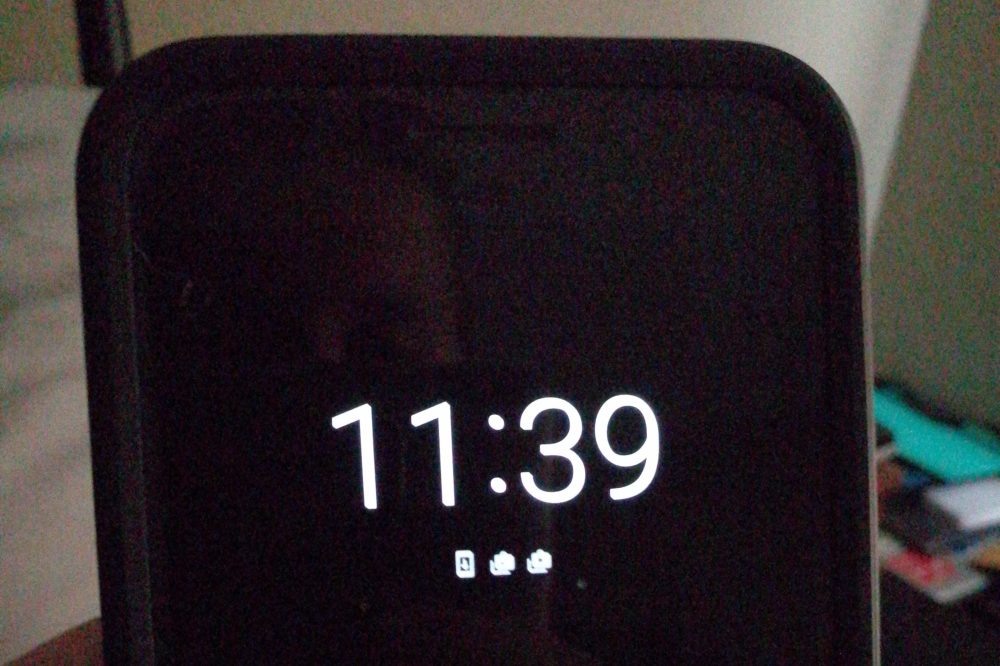 On the Google Pixel and Nexus 6P, the Ambient Display has been redesigned so it’s no longer just a black-and-white version of the regular lockscreen. Namely, only icons, and not full notifications, are displayed underneath the clock in this mode.

When the Ambient Display is on, a double tap is required before being able to interact with the screen. Double tapping the icons will takes users directly to the notificaton shade.

In Android O, the System UI Tuner receives a number of major additions. The lockscreen has long featured two shortcuts accessible by swiping left or right on the screen. Users can now customize with different actions or completely remove them.

Another change allows a variety of navigation bar customizations, including spacing, left/right leaning, and the ability to add extra buttons.

The download app is replaced with a new Files app that has near identical functionality.

Android O changes the behavior of installing APKs that are not downloaded via the Play Store. Rather than a universal setting to allow installs from unknown sources, users must grant install access from the app that downloaded the third-party APK.

The app installation screen now features a progress loading indicator, which is an upgrade from the previous nondescript animation. Additionally, there is also a cancel button in the bottom right corner. (via Android Police).

Before the release of the developer preview, we reported that one of the features coming to Android O is a smarter text selection toolbar. That feature has finally surfaced and is proving to be quite a time saver.

When highlighting an address, phone number, or URL, the cut/copy/paste toolbar now features a shortcut on the left-hand side to populate and search/go to that information in an appropriate app (Maps, Phone, or Chrome). It obfuscates the need to first copy and then paste in the right app.

Somewhat buried (Settings > Network & internet > Wi-Fi > Wi-Fi preferences) in Android O is a new toggle to automatically ‘Turn Wi-Fi back on’ (via AP). Disabled in DP1, the implication is that your device can intelligently use location services to enable Wi-Fi when you’re near at home, school, or any other previously saved network.

Location would presumably be derived from GPS, cellular networks, or Bluetooth, but it’s unclear whether this feature would also disable Wi-Fi when a device is clearly away from a network. 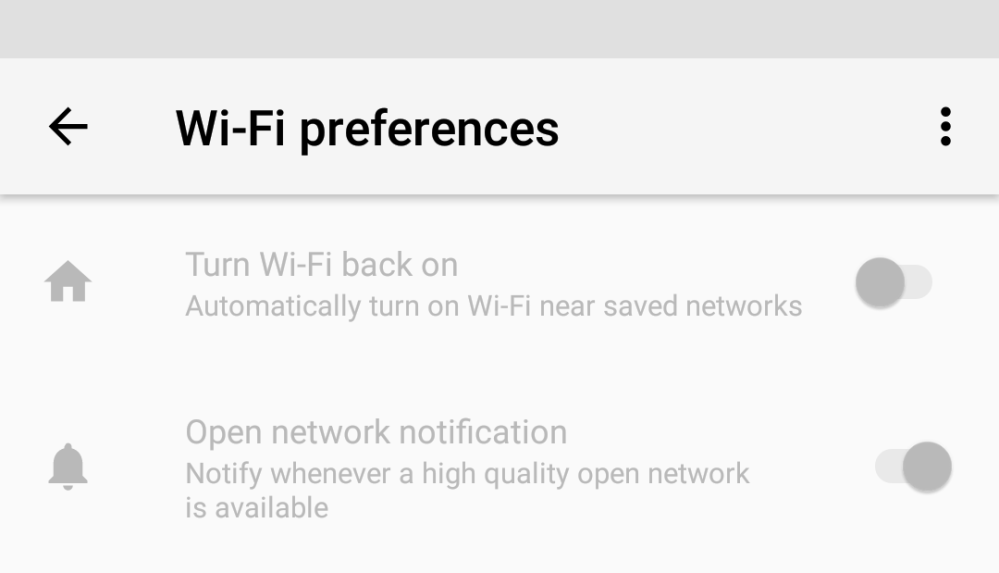