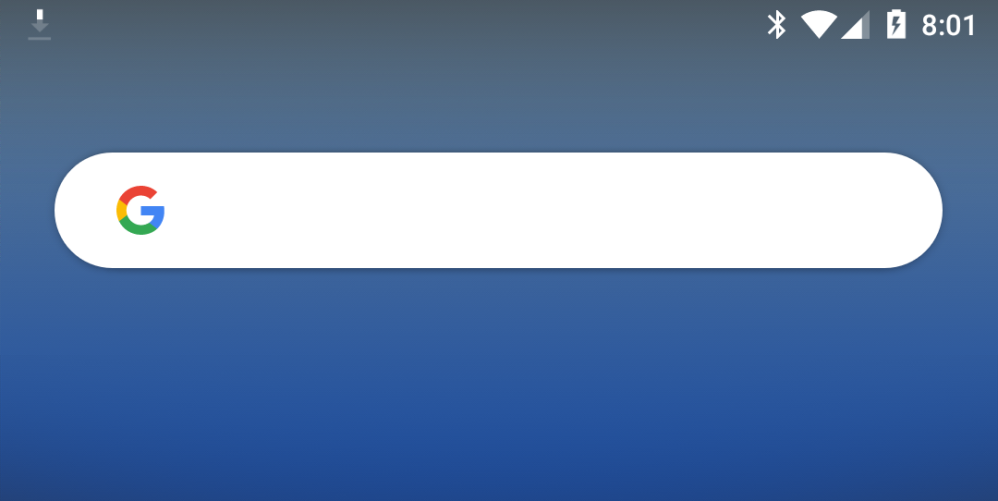 Exclusive to Google’s flagship devices, the Pixel Launcher appears to be A/B testing a new layout that ditches the handy weather/date widget for a more conventional search bar.

Stretching the width of the Pixel’s screen, the bar is now rounded instead of the current rectangular shape. Notably, this A/B test gets rid of the useful weather/date widget that was one unique feature of the Pixel over previous Nexus devices. Some users, however, might welcome the removal given their preference for other weather apps.

From a usability standpoint, a more overt bar might be more familiar and inviting to Android users than the current ‘Pill’ widget to access search.

This is not the first time we’ve seen an oblong search bar, with a precursor design from November also featuring a button to quickly launch voice search, as well as a separator indicator between the ‘G’ logo. With pressing and holding down on the home button quickly activating Assistant, Google likely no longer sees the need for double functionality.

This particular user received the new design after restoring to Android 7.1.1 from the 7.1.2 beta, though some have seen after clearing the Pixel Launcher’s data.

The 9to5Rewards program rewards readers with free software, gadgets, and gear each week just for being part of the community. If you see a new A/B test, be sure to email us screenshots and you might win!