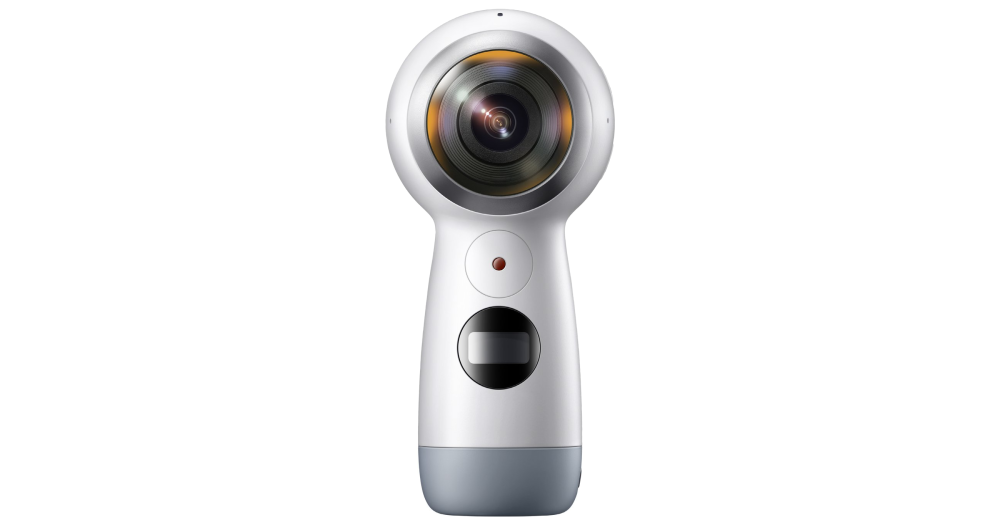 Samsung announced the new Galaxy S8 and S8+ today at its Unpacked event in New York City, but that’s not all it announced. The company also showed off the latest generation of its 360-degree Gear 360 handheld camera, which bumps resolution to true 4K and works with iPhone…

While the device looks pretty familiar (despite its new curvier, cuter design), it does pack plenty of improvements on the inside. Video resolution has been bumped up from 3,840 x 1,920 to a true 4K of 4,096 x 2,048. The camera also now supports live streaming video to Facebook, YouTube, and Samsung’s own platform, but that live streaming is limited to full HD.

Another big improvement that comes with this new camera is that it expands support beyond just Samsung devices. Previously, the Gear 360 only worked with certain Samsung phones, but now it works with S8 and S8 Plus, a plethora of older Samsung phones (like the S6 and S7), as well as recent iPhones like the iPhone 6S and 7. It also supports Mac and Windows PCs.

Samsung gave away a free Gear 360 to everyone in attendance at its event today at the Lincoln Center, so stay tuned for our more detailed hands-on coverage with the new camera coming the next few days.