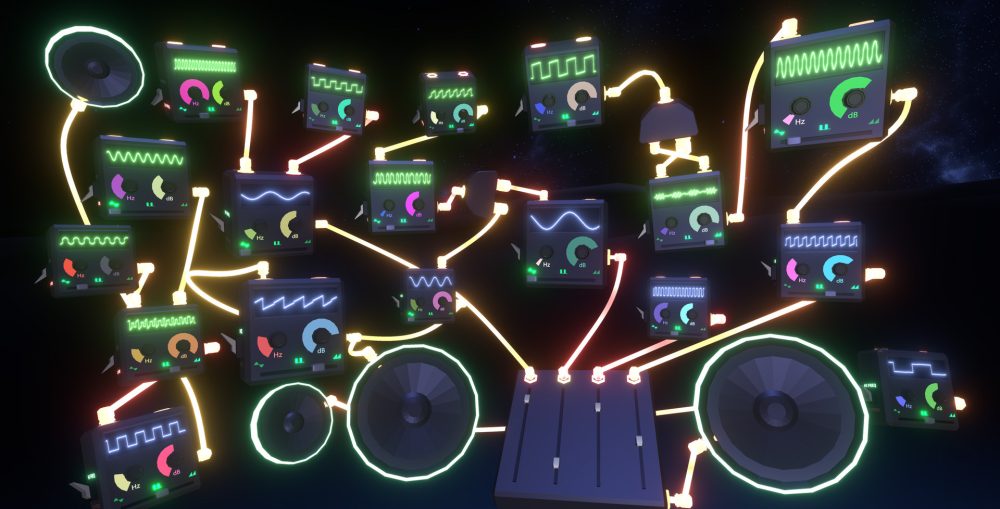 The maker of the popular Vive virtual reality app SoundStage, Logan Olson, has joined the VR team at Google. After about a year since first becoming available in its primitive early release version, the SoundStage app — which, for those out of the loop, lets you create music in a brightly-colored VR environment — just recently hit its 1.0 release on Steam. Now, Logan is moving on…

“We’re excited to welcome Logan to the Google VR team,” a Google spokesperson told The Verge in a statement regarding the hire. “As a leader in thinking about creating in VR with his app SoundStage, we’re really inspired by what he’s built and for the potential for VR and creativity.“

The SoundStage app has been billed as the Tilt Brush for music (as an aside, you definitely need to check out Tilt Brush if you haven’t already). Over the course of its development the app was primarily made to work with the HTC Vive VR headset, but it recently became available for the Oculus Rift as well. Now, the app is effectively dead since Olson is joining Google.

But worry not, Google apparently told The Verge that the company will “build on what he’s learned for existing and upcoming products.” It wouldn’t surprise me at all to see similar apps and ideas come out of Google’s in-house VR team in the coming years. Among the VR experiences I’ve tried, Tilt Brush has been one of the most compelling, and I’m sure SoundStage would be as well if I ever gave it a shot.