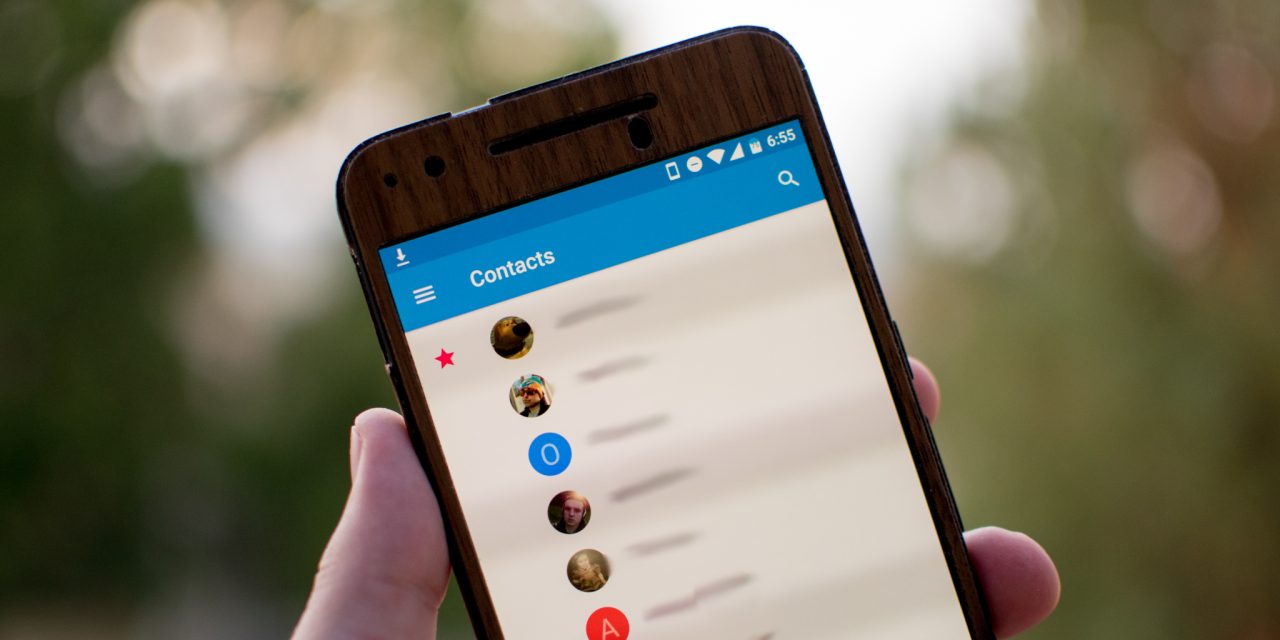 Google Contacts for Android received its last major update in August, with the web app only reaching visual parity earlier this year. Version 2.0 of the mobile app is now rolling out with a number of changes, including a better account switcher and a redesigned people view.

The app’s main list view is mostly unchanged, though there is now an overflow menu that allows users to select multiple contacts for sharing, deletion, applying labels, and moving.

Version 2.0’s most notable visual difference is when you tap into a contact. The edge-to-edge square profile photo has been replaced by a much smaller circular crop. Information fields have been slightly re-ordered with phone numbers now displayed first, followed by email addresses.

Otherwise, all the same fields are still present, with a new FAB to make edits. The app is also slightly more drab, with Google removing tinted status bars and icons that previously drew their color from the profile image.

The other notable change in this version of Google Contacts is a redesigned navigation drawer. The app finally adopts Android’s standard account switcher. Tapping will reveal the usual dropdown of accounts with the number of contacts stored in each account next to it.

Meanwhile, a new “Move” feature makes it very easy to save and transfer contacts between different Google accounts.

Google Contacts 2.0.7 is rolling out now via the Play Store.