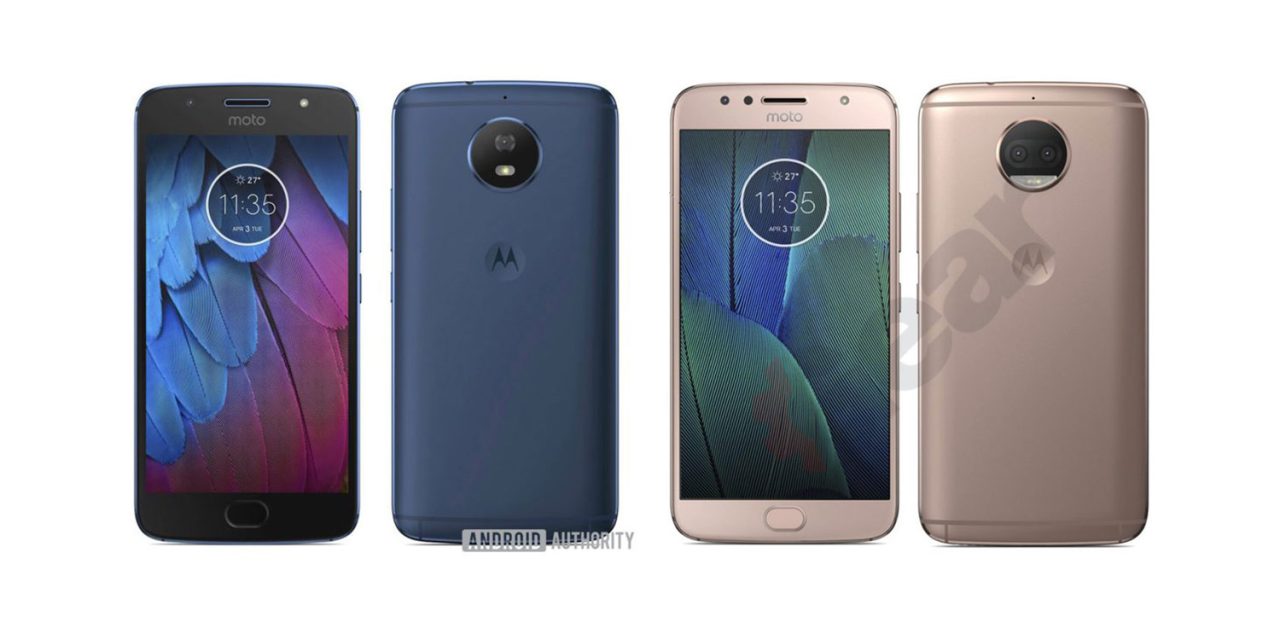 At MWC earlier this year, Lenovo unveiled the Moto G5 and G5 Plus. These were the successors to last year’s budget G4 and G4 Plus. Although the overall design did change and looks more premium than last year’s models, the G5 lineup is still in the budget realm. Thankfully, if you like the G5’s aesthetic, renders of the more powerful Moto G5S and G5S Plus have leaked which show off the handset’s metal build and the Plus’s dual-camera setup…

Leaked renders of the Moto G5S showed up on AndroidAuthority and gave us closer look at the upcoming smartphone. Straight off of the bat, we can see that the handset will come in three different color options: blue, gold, and gray. Secondly, these photos show that the Moto G5S will look almost identical to the G5 except it will feature an entirely metal build. This is different than the G5 which sported an aluminum back with plastic around the sides.

Also from previous leaks, we know that the Moto G5S is supposed to ship with a 5.2-inch 1080p display. Unfortunately, this isn’t an improvement compared to the lower-specced G5 or G5 Plus.

The second round of leaked photographs come from MySmartPrice’s Gear blog which shows off the, even more, premium Moto G5S Plus. Also featuring the same G5 design and the G5S’s all metal build, these images show us that the G5S Plus will be the company’s first dual-camera smartphones. Unfortunately, that is about all we know about the cameras.