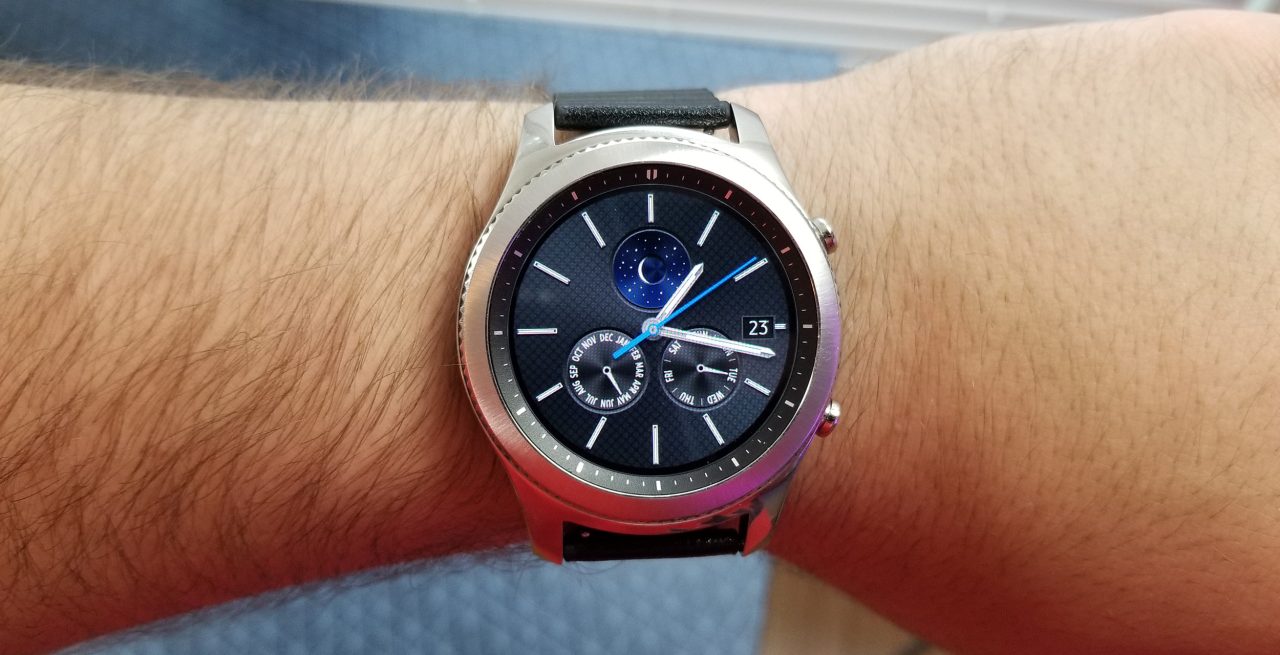 Samsung’s Gear S3 sits upon my wrist day-to-day, and it seems I’m not the only one who’s fallen in love with it, as Samsung’s Tizen OS recently surpassed Android Wear. Now, Samsung is bringing some new features to owners of its Tizen-powered wearables.

In the latest update (via TizenExperts), rolling out now, Samsung is pushing out the usual bug fixes and general improvements, but this is also one of the most feature-loaded updates the platform has seen to date. Available for the Gear S3 Frontier and Gear S3 Classic, this update adds new date and music complications to some of the watch faces and enhances several of the included apps. Those include the altimeter and barometer which now include auto refresh options, and Samsung Health has added a new pace-coaching feature.

Further, S Voice gains the ability to set a date and time when creating reminders, the News Briefing has a refreshed UI, and a test-to-speech option has been added to the input menu. Samsung has also added new accessibility features and polished up iOS connectivity performance. Samsung has also interestingly added an auto switch feature that detects which Tizen wearable you are wearing and connects it to your phone accordingly.

Samsung has also added the option to display contact information on your Gear S3 in the event it gets lost, and it has also opened up the Galaxy Apps store on the watch itself to more partner apps. That includes popular options such as Spotify, Gear for Nest, Facer, NYC Transit, and more. The full changelog is available in the screenshot below, and the update should be rolling out soon to everyone. For now, it seems to be heading to the AT&T S3 Frontier first.