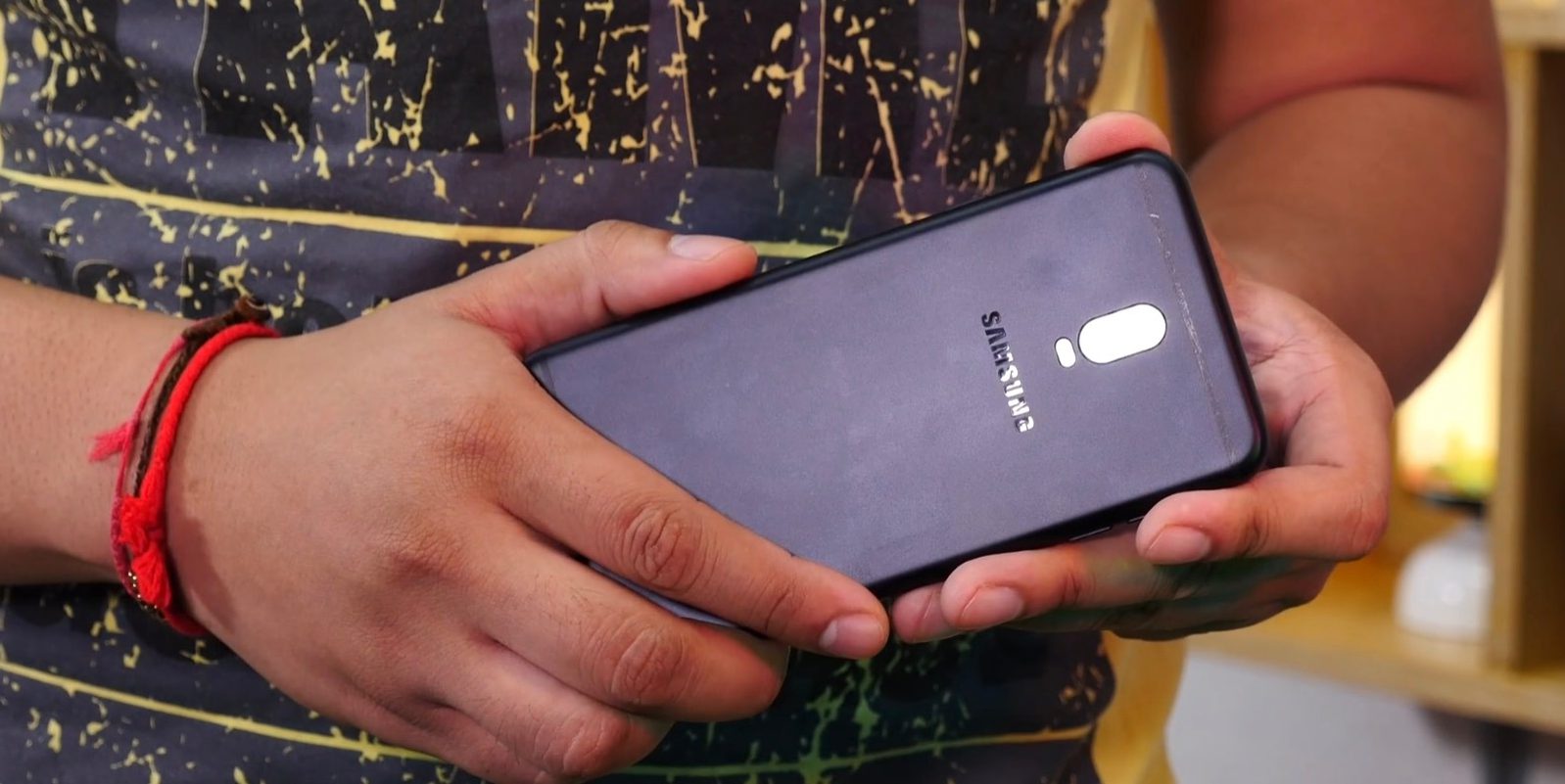 Following the announcement of the Galaxy Note 8 last week, Samsung has finally given in to the trend of dual rear-cameras. The next Samsung phone to boast dual cameras on its backside is reported to be the Galaxy J7+, and a new batch of hands-on photos for the device leaves very little to the imagination.

Nine different photos of the Galaxy J7+ were uploaded to Weibo late last night, and they give us a very good idea of what to expect from the phone once Samsung decides to officially announce it.

The front of the J7+ is home to a 5.5-inch 1920 x 1080 display, and although you won’t be getting a fancy Infinity Display like you would with a Galaxy S8, S8+, or Note 8, the larger bezel on the bottom allows for a front-facing fingerprint scanner that’s tremendously easier to access than what we’ve been seeing on Samsung’s recent flagship entries.

Samsung appears to have opted for a unibody metal construction with the Galaxy J7+, and although the overall aesthetic isn’t anything we haven’t seen before, it still looks very clean and attractive from a minimalist point of view.

Additionally, these photos also confirm that the Galaxy J7+ will be Samsung’s next phone to feature a dual-camera system. This is something that we first reported on late last week, but this is the first time we’ve actually seen the camera setup (or the J7+ as a whole) in hands-on photos.

The main camera on the J7+ is rumored to be a 13MP sensor with an f/1.7 aperture, whereas the second sensor will be a 5MP one with an aperture of f/1.9. We don’t currently know how exactly these two cameras will work with one another, but promotional images we’ve previously seen indicate that they’ll work similarly to the Note 8 with Samsung’s new Live Focus feature for portrait photos.

Samsung has yet to make any official comment or statement regarding the existence of the Galaxy J7+, but with IFA officially beginning later this week, our guess is that this will be where Samsung decides to introduce its latest handset.