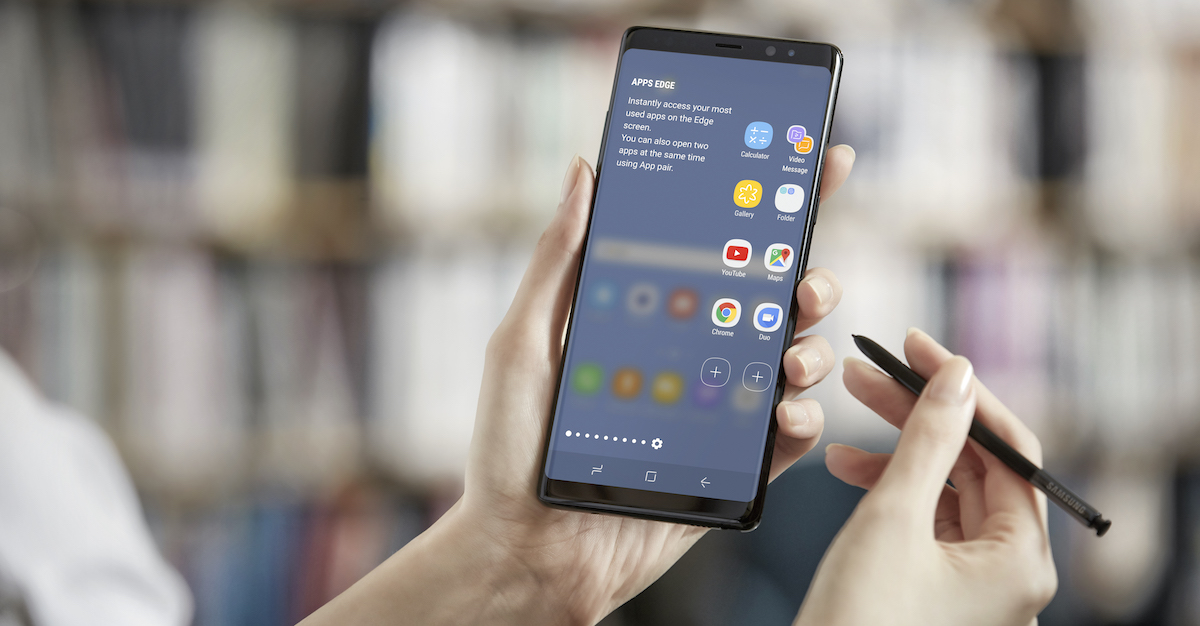 Just over a year ago, it wasn’t an unreasonable thought that there would never be another Note smartphone on the market. With devices “exploding” around the world, it was a disaster for the company that had lasting effects. However, Samsung bounced back with the release of the Galaxy S8 earlier this year, and now the Galaxy Note 8 has gone official.

Today at an event in New York City, Samsung officially debuted the Galaxy Note 8, revealing all of the details about the new phone. We’ve been seeing teasers about the phone for a few weeks now, and they’ve all led up to the return of Samsung’s larger, S-Pen wielding device.

The Galaxy Note 8 takes a lot from the Galaxy S8 in terms of its design. The same bezel-light “Infinity Display” returns with its 18:9 aspect ratio. This time, though, the display measures in at 6.3-inches, a bit larger than the Galaxy S8+. As usual, it’s a SuperAMOLED panel at 2960×1440.

Aside from that display, the phone has an overall more “boxy” look. It’s certainly a callback to that of previous Note devices, and it blends fairly well with the curved corners of the display as well.

Like the Galaxy S8, the Note 8 is also running on Qualcomm’s Snapdragon 835. Where the Note 8 starts to differentiate itself starts with the RAM. Where the past few Samsung flagships have used 4GB of RAM, the Note 8 upgrades that to 6GB. That’s paired with 64GB of storage and a microSD card slot.

Despite having a larger screen compared to the Galaxy S8+, the Galaxy Note 8 is going to include a 3,300mAh battery under the hood. It’s a conservative size, but it makes sense following the Note 7.As usual, USB-C and wireless charging can be used to juice the phone back up.

The Galaxy Note 8 also pulls a lot of its features from the Galaxy S8 without many big changes. The same skin is placed over top of Android Nougat with Bixby pre-loaded and a dedicated key on the side of the phone for Samsung’s assistant. The DeX dock which launched with the S8 also works with the Note, and probably benefits from the extra RAM.

Another important change on the Note 8 comes in the form of the camera. After many of its competitors have adopted dual-camera systems, Samsung is finally joining with two 12MP sensors on the back of this phone. One of the two sensors is a standard sensor while the other is a monochrome sensor that takes black and white images.

The standard sensor takes “wide angle” shots where the monochrome sensor takes a telephoto shot. Thanks to that, the Galaxy Note 8 is capable of using 2x optical zoom and should see improved low light performance. Up front, you’ll also get an 8MP sensor at f/1.7.

As for when the Galaxy Note 8 will actually go on sale, Samsung is planning to launch the phone on September 15th. If you’re looking to pre-order, the phone will be available from various retailers and carriers starting tomorrow.

The Galaxy Note 8 will be available in several colors including black, silver, orchid gray, gold, and the new “deep sea blue.” Stay tuned for our hands-on with the Galaxy Note 8 later today.

Introducing the #GalaxyNote8. The phone that defined big, just got bigger. https://t.co/a0J1nEqrZ9 pic.twitter.com/Kfh39dxVDi