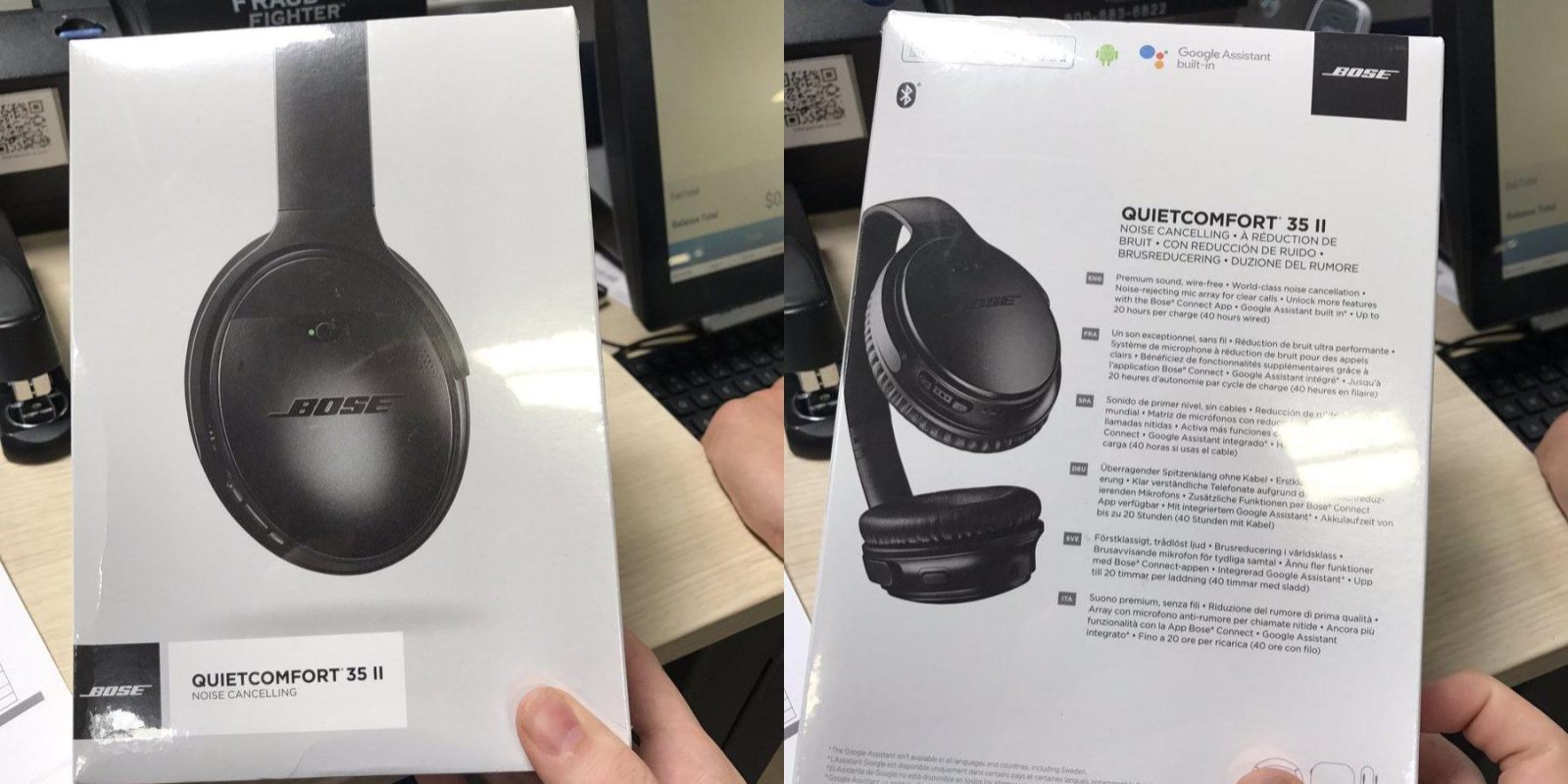 Since our exclusive on Thursday that revealed the forthcoming Bose QuietComfort 35 II, a number of other leaks — like retail packaging that featured “Google Assistant built-in” branding — have confirmed our reporting. Yesterday, one person even found the QC35 II already stocked at Best Buy.

Unfortunately, this Florida chain of the technology retailer did not allow these “bisto” headphones to be sold. This is often the case with products that show up early at Best Buy, with their system ultimately preventing products to be sold before their availability date.

Besides seeing the headphones in Black — Thursday’s leak showed off a pair in Silver, YouTuber Jeremy Judkins said it was priced at $349.99. This would be in line with our original estimate given how the QC35 II in Australia had identical pricing to their previous version.

Bisto is the name by which Google refers to this upcoming device category of Bluetooth headphones that feature Assistant. Meanwhile, QC35 II is specifically known as “baywolf” in the Google app, which also features two other codenames.

With previous app teardowns noting the ability to ask Google questions and issue commands, other functionality includes listening and replying to notifications, as well as music playback.

A release is likely imminent if retailers are already stocking up and following Google’s support site revealing the “Headphones” branding. This bodes well for availability, which our report on Thursday noted was in 2-3 weeks. It also falls in line with the October 4th event that Google announced in San Francisco.