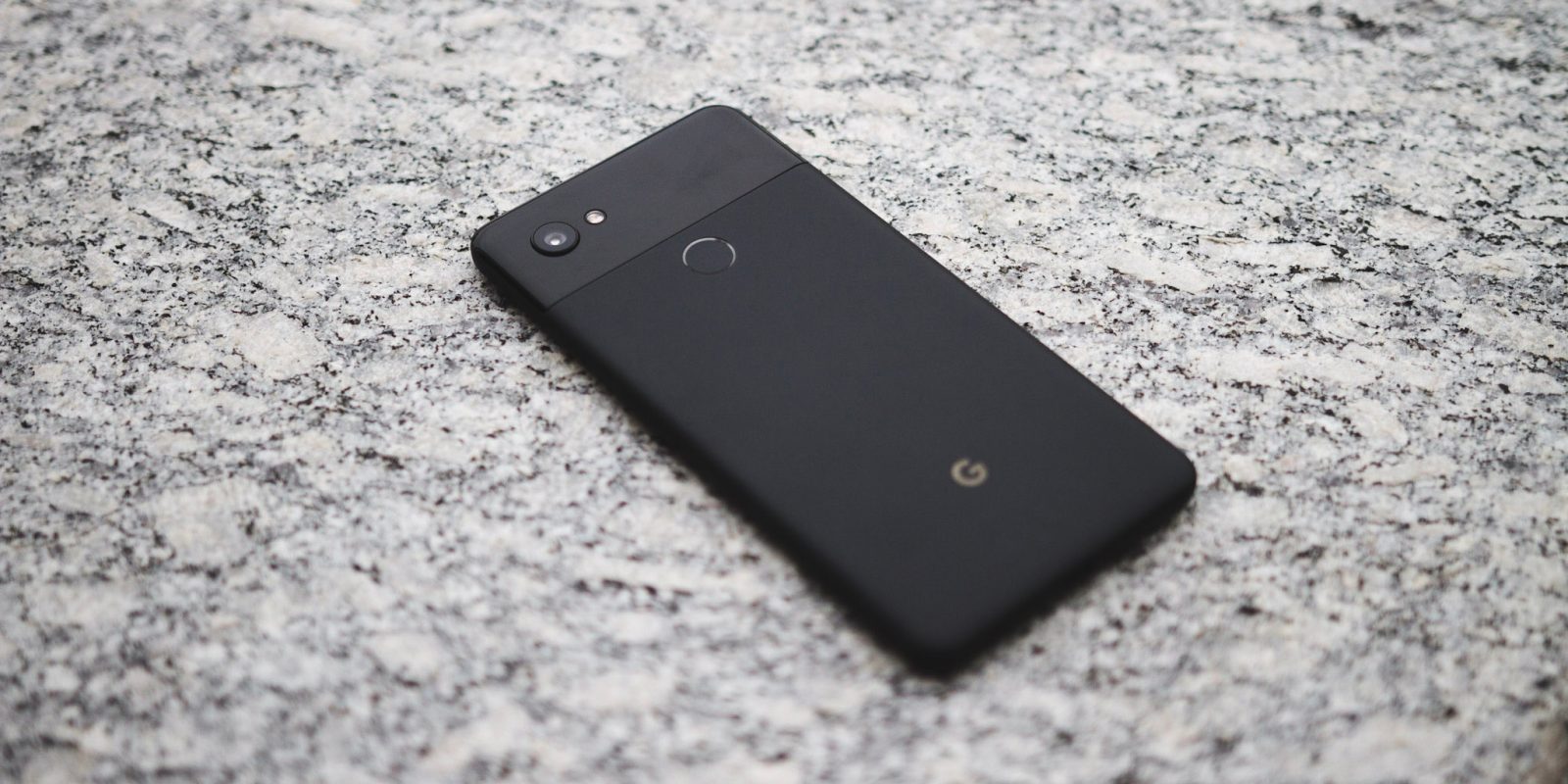 Following Pixel 2 reviews dropping on Tuesday, many pre-orderers have received their new devices. iFixit has as well, with the repair service just completing their teardown of the Pixel 2 XL to reveal some interesting build aspects of the phone.

Opening the Pixel 2 XL does not require heating the perimeter of the display to high temperatures and can be achieved by simply splicing the foam tape at the device’s perimeter.

However, the glass shade on the rear case does require heating with iFixit speculating that the thick pad of adhesive doubles as a shock absorber for falls. Underneath is an earpiece speaker and NFC antenna.

Like last year, a magnesium midframe provides stability to the device’s structure, as well as display support given the thin panel. This frame also sports a heat pipe that wasn’t present on last year’s model.

Once the frame is removed, users have access to the battery, but the 2 XL drops the pull tab that allowed for easy removal. On the motherboard, this unit has 4GB of RAM and 64GB of storage that both come from Samsung. Above those pair of chips is Google’s custom Pixel Visual Core. The USB-C port is placed on its own board — versus the motherboard — for easier replacement of a high-wear component. 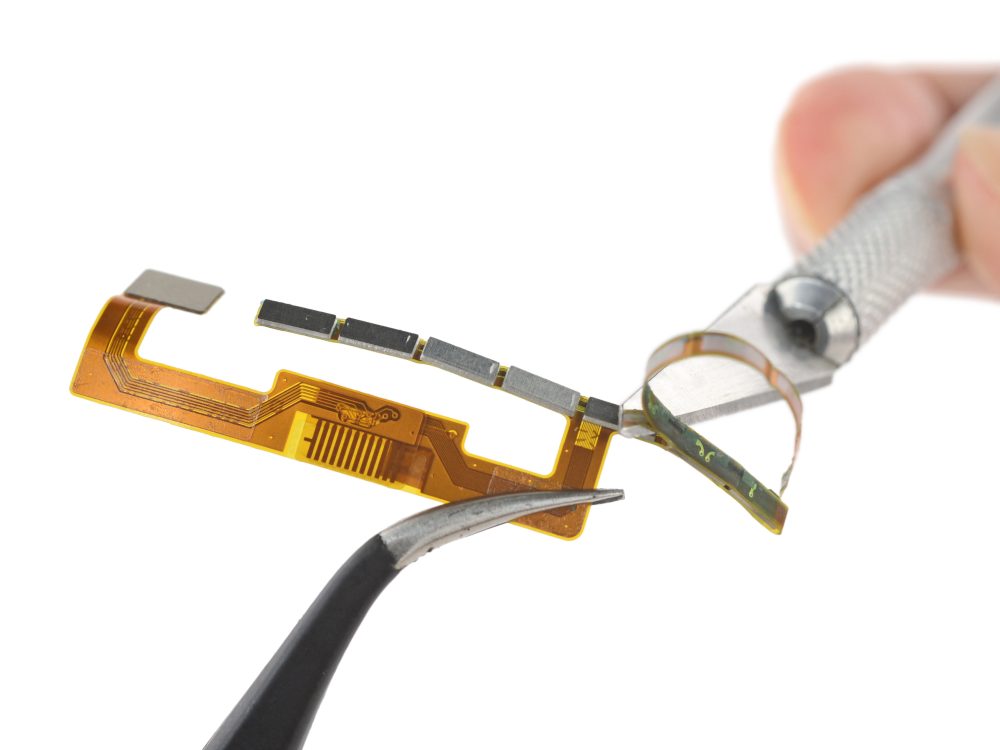 Meanwhile, the squeeze sensors responsible for Active Edge run approximately a third of the 2 XL’s length:

The sensor consists of a flexible printed circuit board wrapped around both sides of a line of steel chunks, with strain gauges — deformation-sensitive resistors, that slightly change their resistance when stretched or squished — bridging the gaps between the metal bits.

This year’s LG-made Pixel 2 XL scores a six for repairability, one lower than last year’s HTC XL. iFixit applauds the modular components that can be easily replaced and use of common screws, but this first requires removal of the display and “stubborn” midframe. Meanwhile, the removal of the pull-tab adhesive is a mark against easy battery replacement.