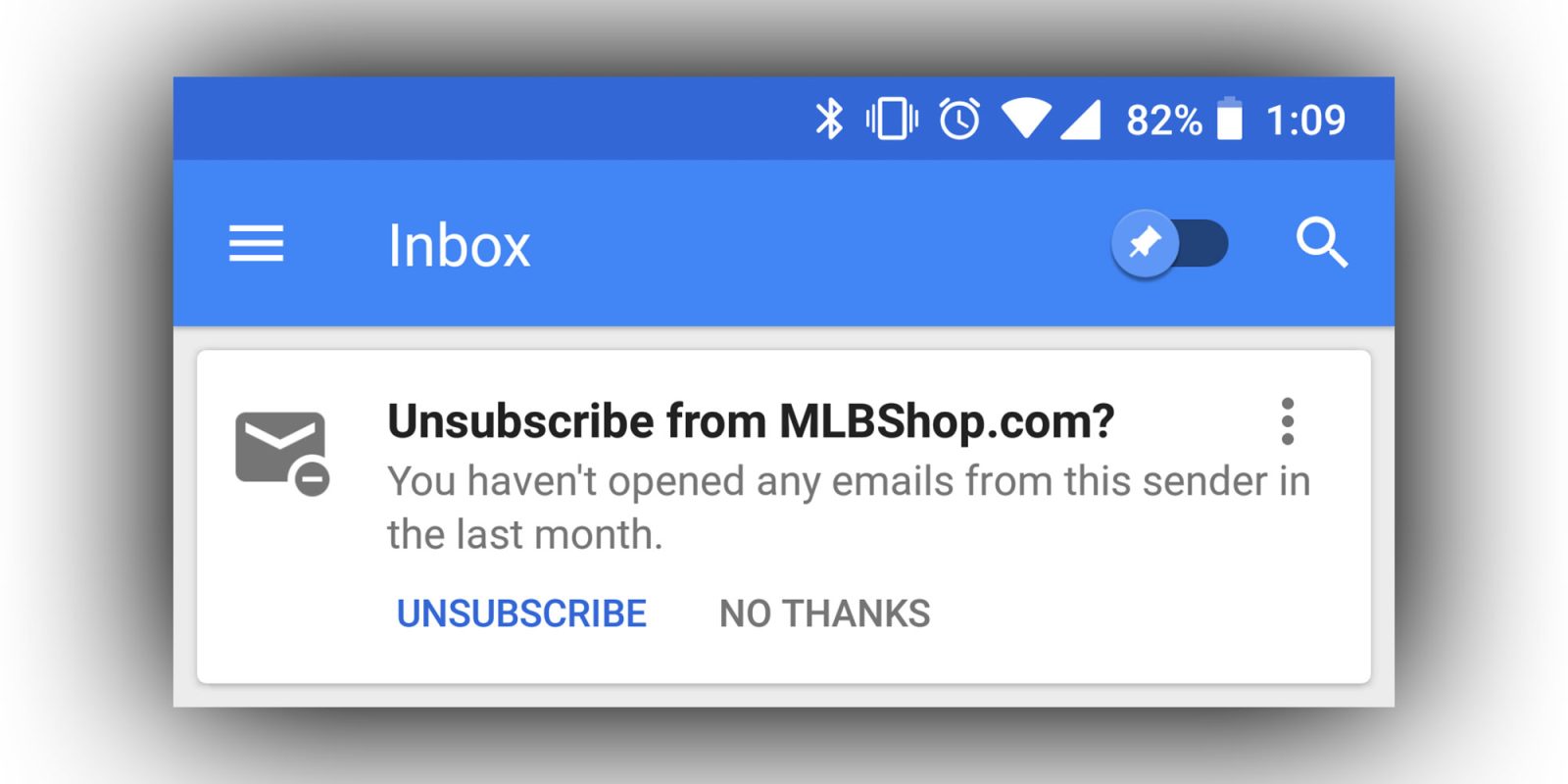 When Google introduced Inbox, the app’s smart sorting and organization features differentiated it from the standard Gmail email client. Since launching, the app has been updated with new functionality like the ability to remind users to follow-up on sent emails. A new feature within Inbox, rolling out now, automatically detects when you haven’t read emails from a certain sender and offers to automatically unsubscribe you from the email list.

I first received the above card in the Inbox application on Android several days ago. As you can see, I never open promotional emails sent to me from MLBShop.com. After a month straight of either ignoring or archiving the emails without opening them, Inbox offered me the ability to unsubscribe from the list by just tapping the button.

While I have only seen this on my mobile app, thanks to several tips sent over to Android Police, it appears that this smart unsubscribe feature is also making its way to users who use Inbox on their desktops.

As far as when Google introduced this feature, we can only guess. It appears as though more users are starting to see similar cards in Inbox so be on the lookout for it on your devices. Google hasn’t announced this as a new feature, so hopefully, it’s just the first of many new changes to come.