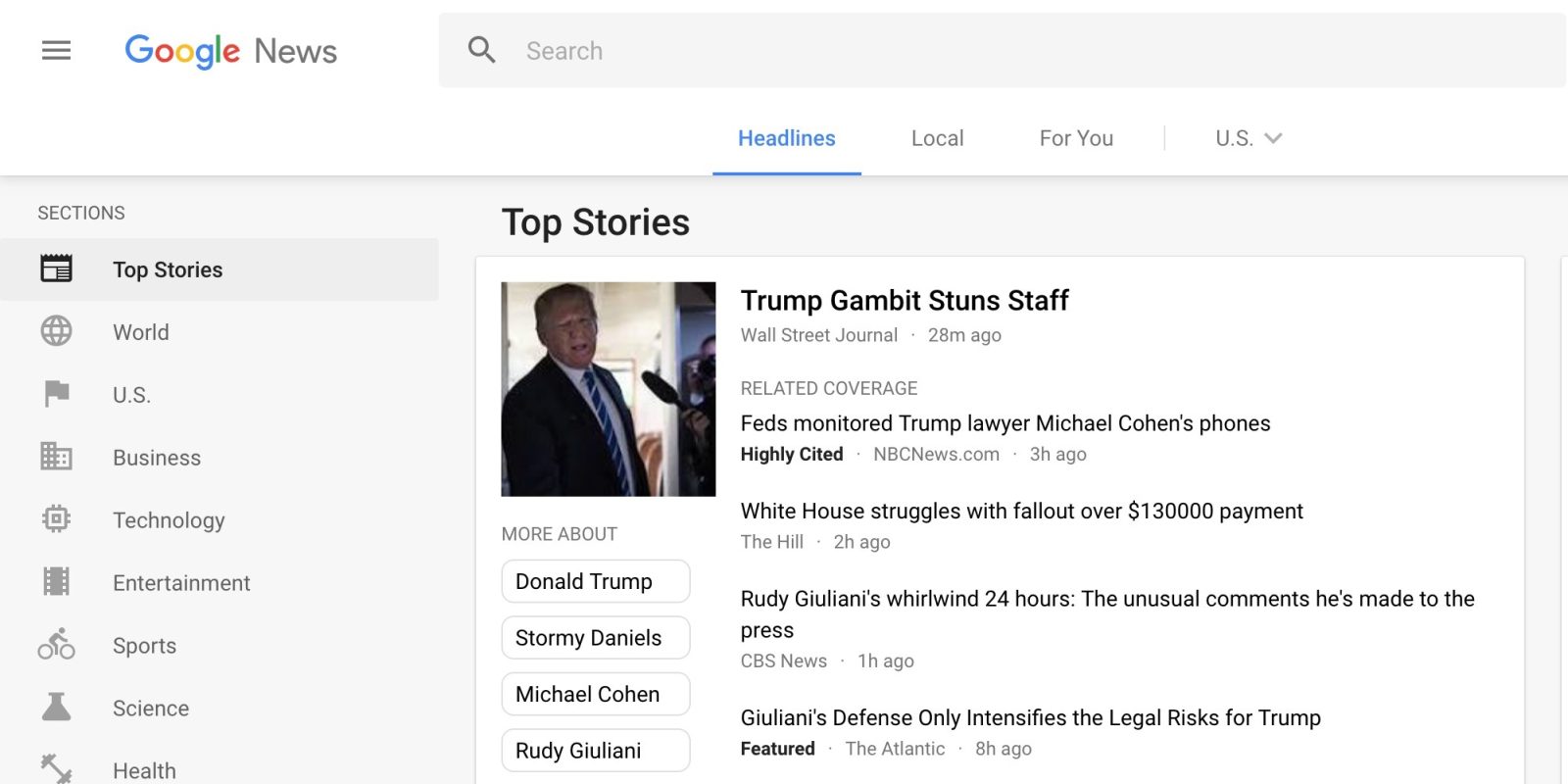 Google News may not seem like a flagship product in the company’s lineup, but a new report today suggests a redesign is coming at I/O 2018. The revamp is rumored to integrate YouTube, while coming at the expense of Play Newsstand in a sign that the Google Play family of apps is being further culled.

According to AdAge, the big update to Google News will help consolidate the company’s various news services into one product. This unified “digital media destination” will incorporate digital magazines form Play Newsstand, as well as news videos from YouTube.

As is, Google News is mostly an article and text heavy service that collates the top news with various filters for interests and regions.  This updated product is reportedly being announced at I/O as part of efforts to help publishers consolidate how they interact with Google in regards to news.

Recent weeks have also seen another Google push to support journalism by handling subscriptions and other grants. Elsewhere in the industry, Apple acquired digital magazine service Texture in March to likely integrate into Apple News and boost subscriptions.

Accelerated Mobile Pages are unsurprisingly a big aspect of this update, with a speed likely a focus. A new Google News app is expected for mobile, while the web version will also be revamped to match. That website received a notable Material redesign just last year.

Meanwhile, this merger will reportedly see Play Newsstand shut down. According to AdAge, “Newsstand is expected to close,” which reflects a broader trend within Google.

All signs point to Play Music being killed in lieu of a YouTube streaming service, while the built-in podcast feature is likely moving to the more prominent Search. Google could possibly be ready to reduce its reliance on the Play brand if there are stronger products elsewhere in the company.

Update: These revamped mobile apps and desktop sites will likely be accompanied by a new icon for the service. The one we’ve obtained (on the left) is much more vibrant than the current version and incorporates the four Google colors.