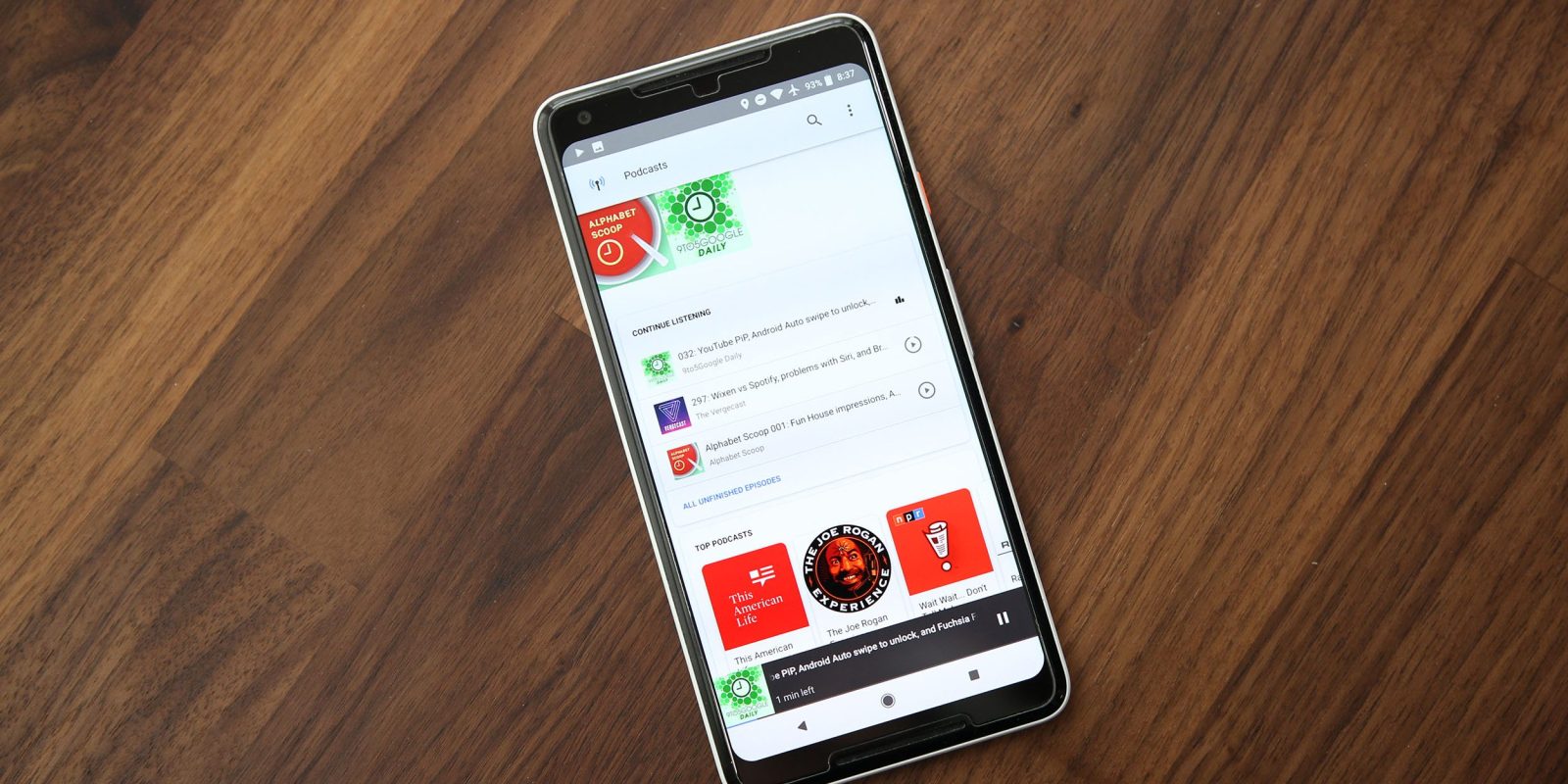 The podcast industry has been relatively active in recent weeks from the announcement of Pocket Casts being acquired by a consortium of public radio stations to Google’s grand plans involving machine learning. After rolling out a homepage and subscriptions, the Google app is now gaining the ability to download shows for offline listening.

We spotted this offline capability several versions ago in our APK Insights, but it finally went live sometime this week for most users. We’ve confirmed that its enabled on phones and tablets running version 8.1 of the Google app and above.

Each episode listing now features a “Download episode” button at the very bottom of the show notes that includes the full size of that particular show.

On first usage, users will be greeted with a prompt that notes how by default unfinished episodes are removed from devices after 30 days or 24 hours after completion.

However, a new Downloads setting allow users to change the time frame to 90 and 7 days, respectively, as well as disable the auto-delete feature entirely. Most users should keep them on to make sure their phones don’t fill up with podcasts. This new Settings menu is housed in the overflow menu in the top-right corner of every page.

Meanwhile, downloaded episodes are marked by a green check mark in the compact listing view with download progress also noted. Returning to the bottom of each listing lets users delete the episode manually. You can see a list of all your “Downloaded episodes” by navigating to a new section on the home screen just underneath “New episodes” and “Continue listening.” 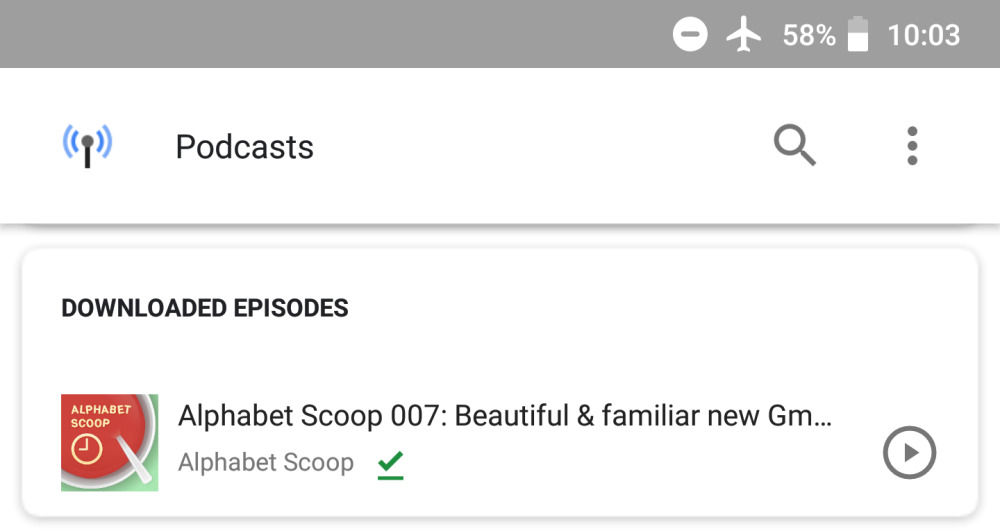 While this update isn’t part of the company’s grand vision with podcasts that involves machine learning, transcription, and use in Search results, it is convenient and should make the app feature rich enough for most casual listeners.

It also reflects Google’s commitment to improve and iterate on this functionality, following the recent addition of Assistant playback syncing.