Samsung just released a red Galaxy S9/S9+, likely only for the Chinese market 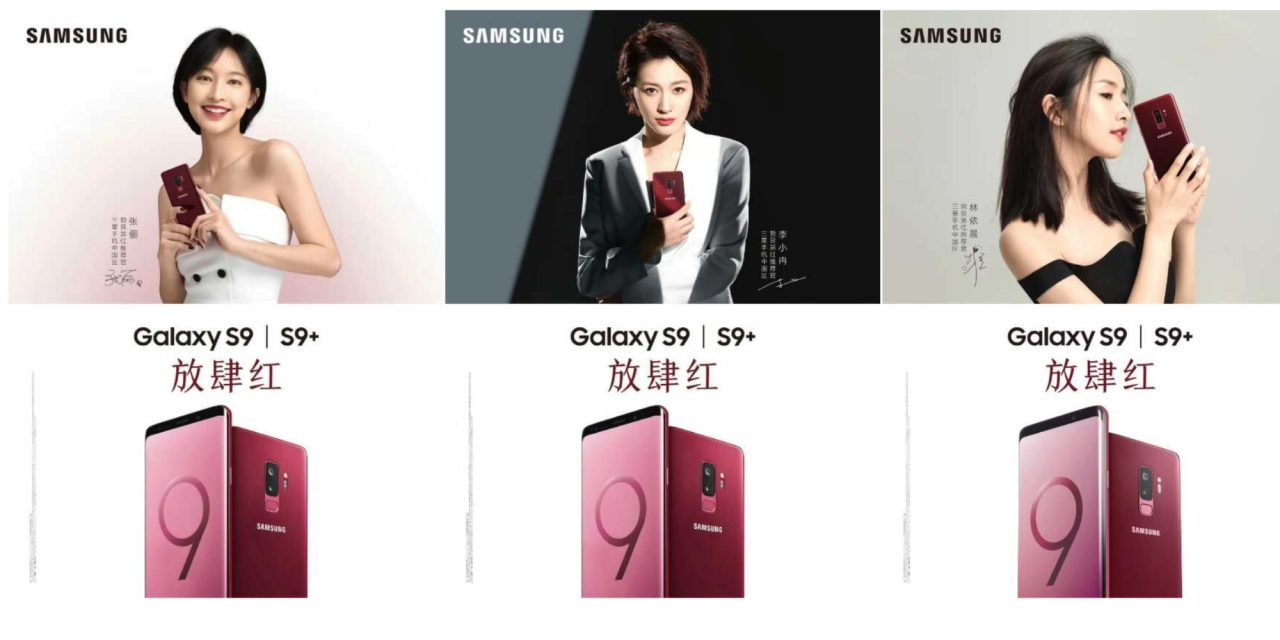 Just like in years past, Samsung has just released a new color variant of its flagship smartphones. This time around, the South Korean company is releasing a new red Galaxy S9/S9+ colorway, but it will likely be exclusive to China.

As you can see in the photo above, Samsung is marketing this new colorway with female Chinese celebrities. Oddly enough, to go along with this campaign, Samsung is offering customers who purchase the red Galaxy S9/S9+ variant a complimentary Yves Saint Laurent lipstick.

As far as why Samsung might release a red Galaxy S9 and S9+ in China, the color represents good luck in the nation’s culture. We have seen other companies like Huawei do something very similar in the past.

If you’re in China and are interested in purchasing the red Galaxy S9 or S9+, it’s available right now on Samsung China’s website. Fortunately, Samsung didn’t increase the cost of this particular colorway so it can be yours at the same price as any other S9/S9+ model.