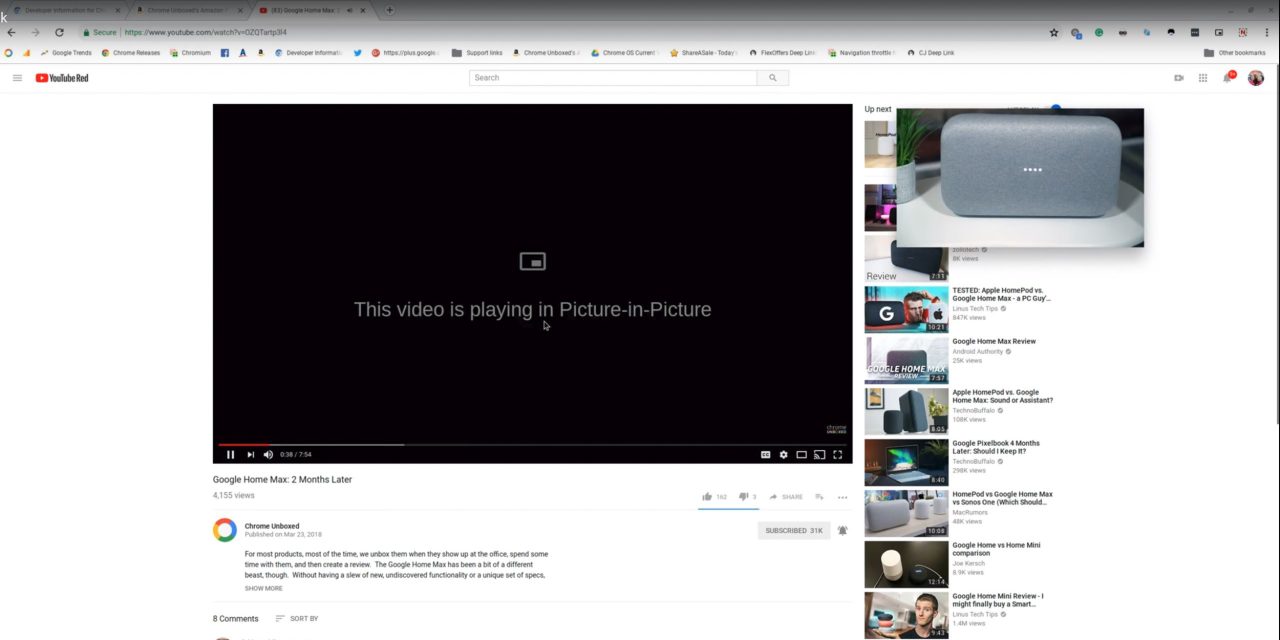 With Android Oreo, Google released an official picture-in-picture mode so users could continue watching videos in minimized windows while doing other things on their phones. Now, after PiP code has been found in the Chromium repository and a PiP flag has been in Chrome for months, the feature is functional. Well, sort of.

The folks at ChromeUnboxed spotted a new commit in the Chromium repository made by François Beaufort that points to a GitHub page that makes PiP work. As you can see from the video below, ChromeUnboxed was then able to get PiP up and running.

Using an extension, ChromeUnboxed was able to launch a YouTube video in PiP mode. As this feature isn’t yet live in Chrome, we don’t know if an extension will always have to be used or if the functionality will be built into the browser.

Unlike the YouTube PiP mode that we stumbled across back in March, Chrome keeps the PiP video window above other tabs, and it can even be dragged outside of Chrome itself. To make it even better, you can resize the video player to best suit your needs.

There are apparently still bugs to work out as ChromeUnboxed experienced a browser restart when they tried to close the page in which the PiP video originated. But the good news is that when this feature is ready for the spotlight, it should work on Chrome OS, MacOS, Windows, and Linux.

Unfortunately, the GitHub page does note that PiP for Chrome will be running as an experiment for the next couple of months. This means that we probably won’t see it in the stable version of Chrome until at least the end of the year.