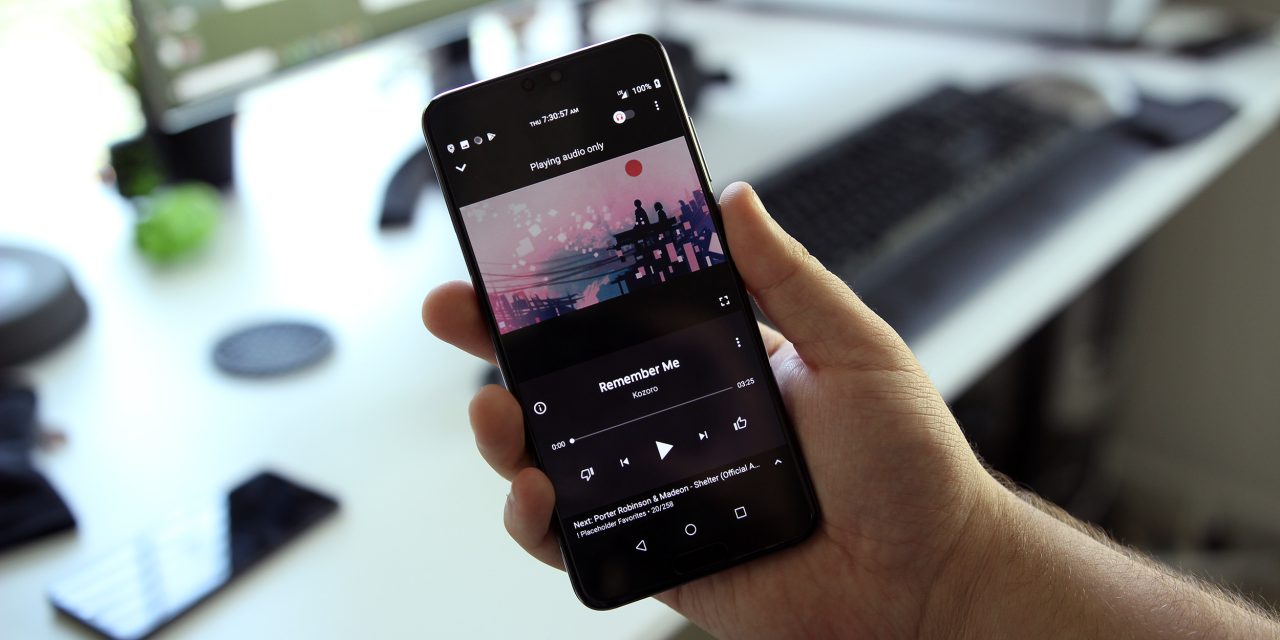 Earlier this month, users began spotting a significant visual revamp to one important aspect of YouTube Music, as well as the addition of a key new feature. The Now Playing screen was completely redesigned, while the YouTube client finally gained a queue feature. With version 2.31, the feature is now available for all Android users.

The Now Playing screen is now full screen with media controls taking up the bottom-third of the view, instead of just a tiny, short section. This results in larger touch targets for play, next/previous, thumbs up/down, and the progress bar.

Underneath the video player or thumbnail (when in audio mode), there is also a larger song title that scrolls (if text doesn’t fit on one line) and artist name. To the right is an overflow menu to share, download, or add to playlist, and to the right is an info icon to see other versions and related songs.

Meanwhile, at the bottom of this screen is the new “queue” feature. It notes the next song playing, as well as what playlist you’re listening “from.” Expanding displays the full list of upcoming videos with a minimized player window and controls remaining above. The key aspect is the ability to reorder songs by dragging, much like Play Music has long supported.

The landscape fullscreen player has also been tweaked. The thumps up/down buttons have been moved to the center of the screen, while the top-right corner now houses new shuffle and repeat controls.

Version 2.31 with these two new features is rolling out now via the Play Store after the initial release last week. It is also already live on the counterpart iOS client.