AI-powered ‘Nudge’ respond reminders rolling out to the new Gmail 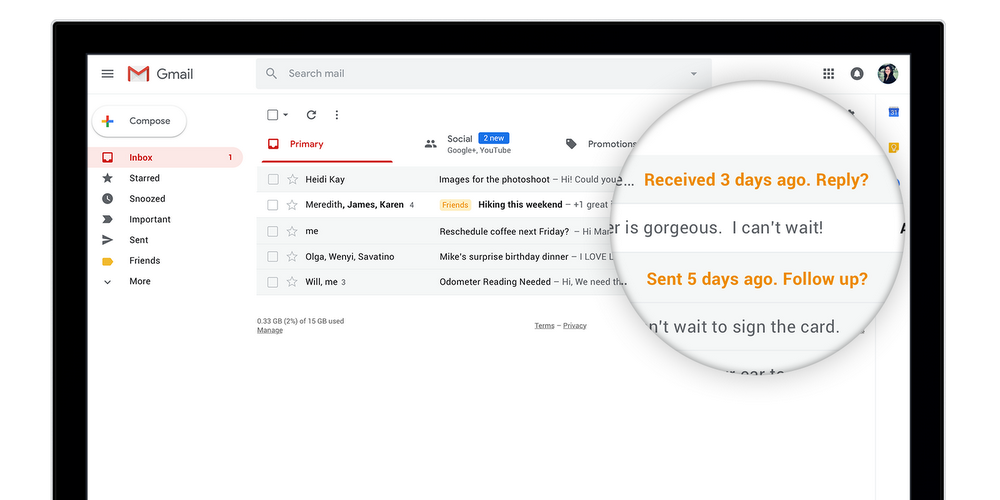 Like with many of the new features announced last month that focus on increasing productivity, Nudges uses machine learning to provide quick reminders to follow-up or responses to email so that “nothing slips through the cracks.”

It will now “nudge” users to reply to emails they may have missed and to follow up on emails for which they haven’t received a response.

In the Gmail inbox, these prompts appear to the right of a message in bright orange text and include: “Received 3 days ago. Reply?” and “Sent 5 days ago. Follow up?”

Besides seeing the reminders in the main list view, users will know that the feature is rolled out to their account by heading into settings. Enabled by default for users of the new Gmail, there is a new “Nudges” preference where users are able to turn off the two types of nudging:

It is not yet live on several accounts we’ve checked, but Google notes it is starting to roll out to all users.