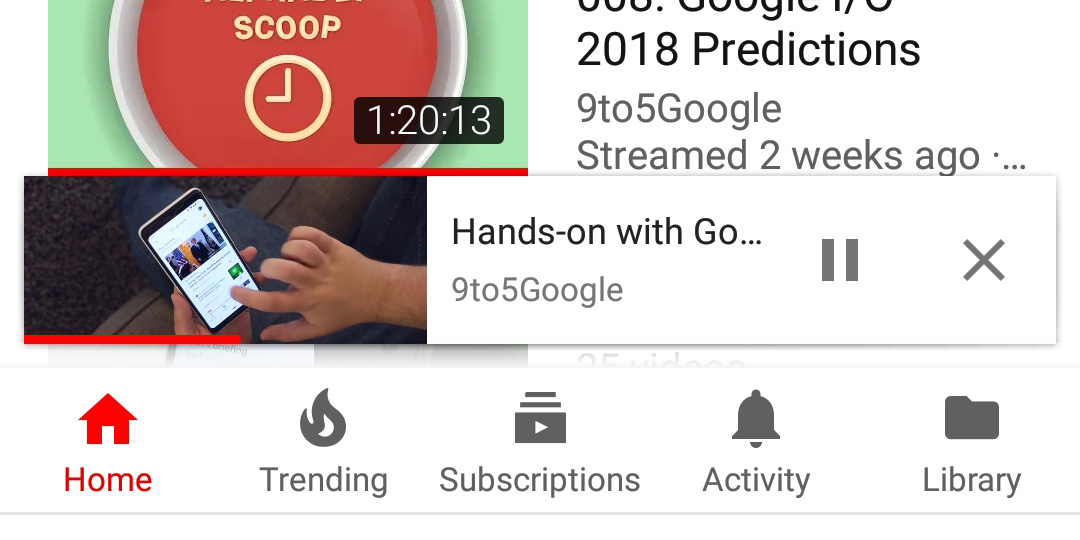 Google is constantly messing with the formula on its various applications, and YouTube seems to be one that is always under work. Today, YouTube for Android is picking up a new minimized view for videos.

YouTube’s apps added an ongoing video player quite a long time ago, but the design varied from platform to platform. On Android, it was a simple picture-in-picture view that scaled down to the bottom right corner of the app. That’s changing now, though, to more closely resemble the design that has been in the iOS YouTube app.

A new video mini-player seems to be rolling out to most users which, instead of playing videos in that PiP mode, simply has a bar across the bottom of the app which houses the video that is playing along with its title, channel, and a play/pause button. There’s also a more intuitive button to stop playback, traded out from the swipe previously available.

While this new design does result in a significantly smaller video, it does give greater control. The addition of the full-width progress bar is far more obvious in this design as well.

This new design has been available in the YouTube app on Android for quite some time, but it hasn’t seen a wide rollout until just recently, as Android Police points out. While it’s still a server-side change, some users are finding that updating to the latest version of YouTube and force closing the app triggers the change to go live.