Opinion: The RED Hydrogen One is not for the average consumer 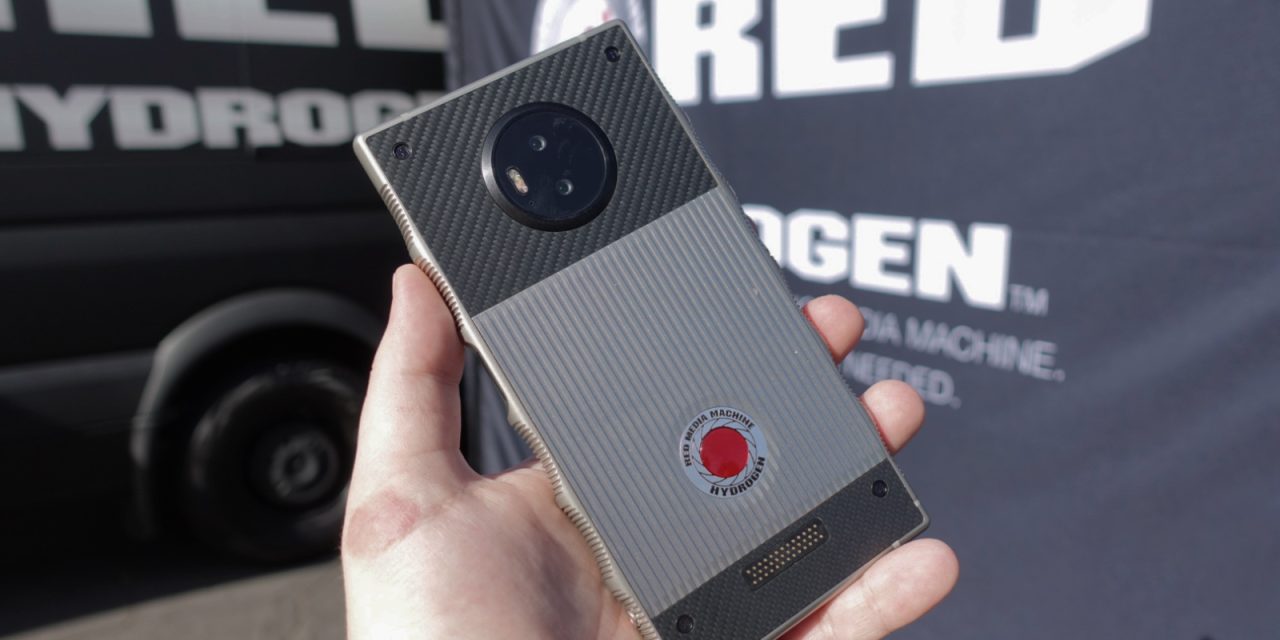 Earlier today, we had the opportunity to go hands-on with the RED Hydrogen One. During this 45-minute demo period, we got a feel of the handset and saw a demo of the company’s “4-view” 3D display technology. But even with this limited time, it was clear to me that this isn’t a device that should be marketed to consumers.

In the movie industry, RED cinema cameras have been prevalently used in movies from the Hobbit to the Transformers. But it wasn’t until YouTubers like MKBHD started using the 8K-capable devices that the RED name became well-known in the tech community.

It’s because of this reputation that RED feels like it’s ready to enter the consumer smartphone market. Talking to the company’s CEO, James Jannard, the Hydrogen One is meant to be a phone that offers features and functionality not found in the cookie cutter Android devices we have now.

While a fair idea, what the company is doing with the Hydrogen One feels out of touch with the realities of the consumer market.

Several things make the Hydrogen One stand out compared to other devices on the market: its industrial design, modular camera system, and, of course, the “4-view” 3D display. There are others things like a large battery and the ability to remove the SIM and microSD card slot without an ejection tool, but these first three items are what the company plans to market to consumers.

Those three items are also where the consumer aspect of the phone begins to break down. There’s a reason why almost every manufacturer is making slim, sleek, and sexy phones that look and feel great. The grooved grip is an interesting aspect, but it’s something most people would add with a case if they really wanted it. It isn’t something most consumers would want when they pick up the Hydrogen One daily. Remember the LG V10?

The camera modularity system is the most obvious giveaway that this device was made for fans of RED’s cinema cameras. While we’ve seen a massive amount of interest in third-party lenses to adapt smartphone sensors, RED believes consumers will spend (probably a lot) of money on a module to add full-sized lenses from companies like Canon, Nikon, and more. I don’t see that happening.

Also, can we just all agree that 3D is dead? TV and smartphone companies both tried to make it happen, but ultimately, consumers chose to ignore it. RED found a unique way to add a “special” layer under the LCD that handles the 3D aspect differently than what we’ve seen before, but what’s the need for it?

Jannard believes that consumers have always wanted 3D but the technology just hasn’t been implemented correctly so that the viewing experience was fluid and enjoyable. In my opinion, the Hydrogen One’s screen when 4-view was enabled looked like the 3D experience found on the Nintendo 3DS. It works to an extent, but it’s a gimmick.

Lastly, we have to talk about the size and weight of the RED Hydrogen One. The handset might only sport a 5.7-inch display, but the all-metal build takes a toll. We haven’t been given an exact number, but it wouldn’t be surprising if the Hydrogen One were one and a half to two times the weight of a Pixel 2.

I can sum all of this up to this: the RED Hydrogen One was not built for the average Joe. The essential aspects of any Android phone can be found within the handset, but its $1,295 starting price tag does not justify the small differences and gimmicks found in the handset.

Obviously, RED has convinced Verizon and AT&T that the Hydrogen One will sell, but it isn’t clear exactly how they plan to do this. When talking to Jannard, he spoke of the number of directors, producers, actors, and industry folk that loves the company. It’s these people, those who purchase full-sized RED cameras, and the handful of fans with deep enough pockets that should consider this handset. It seems like a waste to even try marketing and selling this smartphone to the general public.