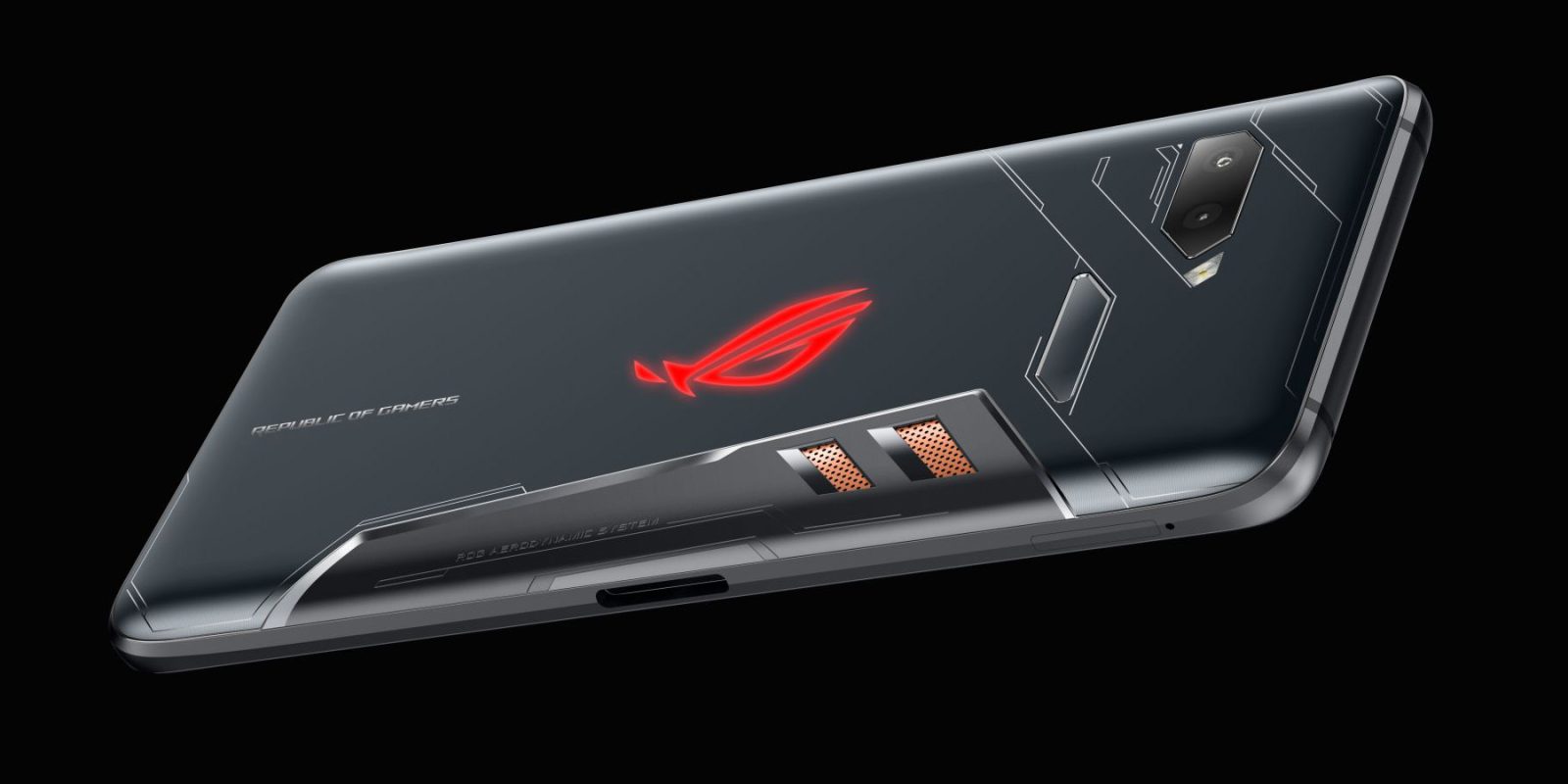 Computex 2018 is kicking off this week and from the floor in Taipei, Asus’ “Republic of Gamers” brand is revealing its first Android smartphone, the ROG Phone.

As you’d expect from a brand called “Republic of Gamers,” this device is aimed directly at gamers, and it pulls no punches when going for that market. That starts with the specifications. At the core of this device, there’s the Snapdragon 845 processor, but ROG opted to use a top-tier variant of the popular chipset which is clocked at 2.96GHz.

The ROG Phone also comes with 8GB of RAM, up to 512GB of onboard storage, a microSD card slot, 4,000 mAh battery, headphone jack, and dual front-facing speakers.

Further, this device has a 6-inch OLED display, but at a higher 90Hz refresh rate. That doesn’t quite match the Razer Phone’s crazy 120Hz, but it’s still a huge improvement over the standard 60Hz and the quality of OLED should definitely make up for it.

The hardware on the ROG Phone, as you’d expect, is way over the top as well, but it has some really thoughtful additions. The back of the phone is covered in crazy lines and accents, including a ROG logo dressed up in RGB lighting which users have full control over in the software.

ROG has also equipped the device with some pressure-sensitive aspects. Like the Pixel 2 and HTC U12+, users can squeeze the device, but in this case, it actually activates “gaming mode.” Further, there are two pressure “triggers” on the corners of the phone which can be mapped in games to specific actions on screen.

To keep the phone cool during intense gaming sessions, ROG has implemented a “3D vapor cooling” system. On its own, it keeps the device cooler over long periods, but with the addition of a special attachable fan that comes in the box, ROG can keep the Snapdragon 845 at peak speeds for up to 50% longer than typical devices.

Enabling a lot of the crazy tricks on the ROG Phone is the addition of extra ports (including USB-C) on the side of the device. This not only makes charging easier when gaming, but also enables the use of the fan accessory, as well as other add-ons.

The accessories are really where things get crazy, though. ROG has developed three peripheral devices for this device which enhance the experience. The first is the TwinView Dock which adds a secondary display to the device to extend gameplay, shown chat, or even watch videos or livestreams while gaming. That accessory also adds 6,000 mAh of power to the setup.

Finally, there’s the Gamevice Controller and WiGig Dock. The controller pairs with the ROG Phone to add physical gaming controls such as joysticks, triggers, and buttons. The WiGig Dock, on the other hand, connects over WiFi to the ROG Phone to enable low-latency playback on a nearby TV.

Pricing is unknown at this time for the ROG Phone or any of its accessories, but it’s very likely we’re looking at a very high price tag. Asus says the device will go on sale sometime in Q3 2018.