Motorola One Power allegedly leaks out in the flesh showing off notch, fingerprint sensor 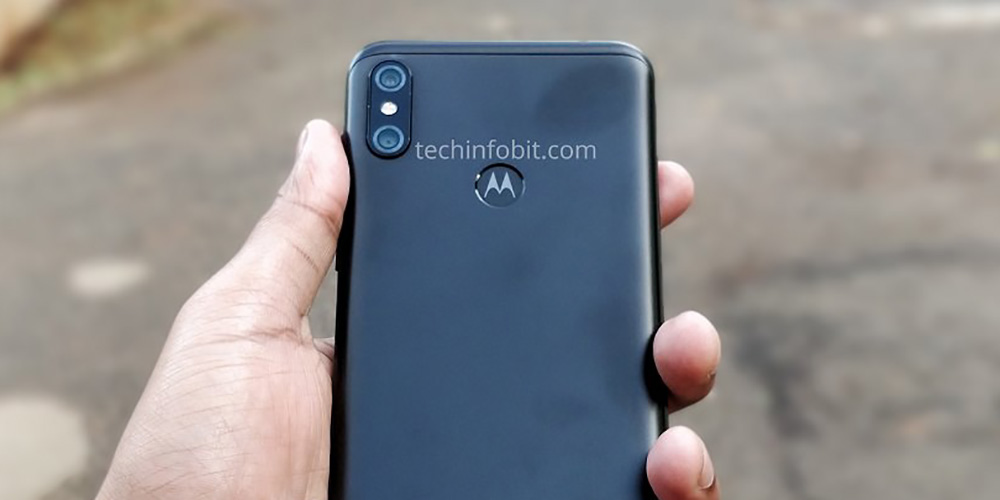 Motorola has a few standard lines of “Moto” branded smartphones, but for the past few weeks we’ve been hearing bits of information surrounding a new device called the “Motorola One Power.” Today, new images of that device in the flesh have leaked out, giving us a better idea of the phone’s design.

TechInfoBit recently obtained new images of the alleged Motorola One Power (which it decidedly calls the “Moto One”) which give us a closer look at some of the phone’s key design aspects. For one, a close-up image shows off the notch front and center, giving us a very detailed look at what it contains.

In this case, it appears Motorola is placing the front-facing camera, a relatively wide earpiece, and also a couple of sensors here.

Another aspect of the device we can see in these images include the back of the phone. Here we can see the Android One branding, the vertical dual-camera setup, and most notably, the fingerprint sensor. It was previously reported that the Motorola logo would double as that sensor, and it’s pretty clear in this image that this is, in fact, the case.

Finally, these images also give us a closer look around the phone. There are close-up shots of the SIM card slot, volume and power buttons, as well as the speakers and USB-C port on the bottom. These images also make it pretty clear this phone won’t have a 3.5mm headphone jack.

It’s still unclear what Motorola has planned for this device, such as where it will launch, but given all we’ve seen about it, it definitely looks like this device is coming to market. Based on previous reports the Motorola One Power will arrive with a Snapdragon 636, 6.2-inch display, 4GB of RAM, and a pretty huge 3,780mAh battery.