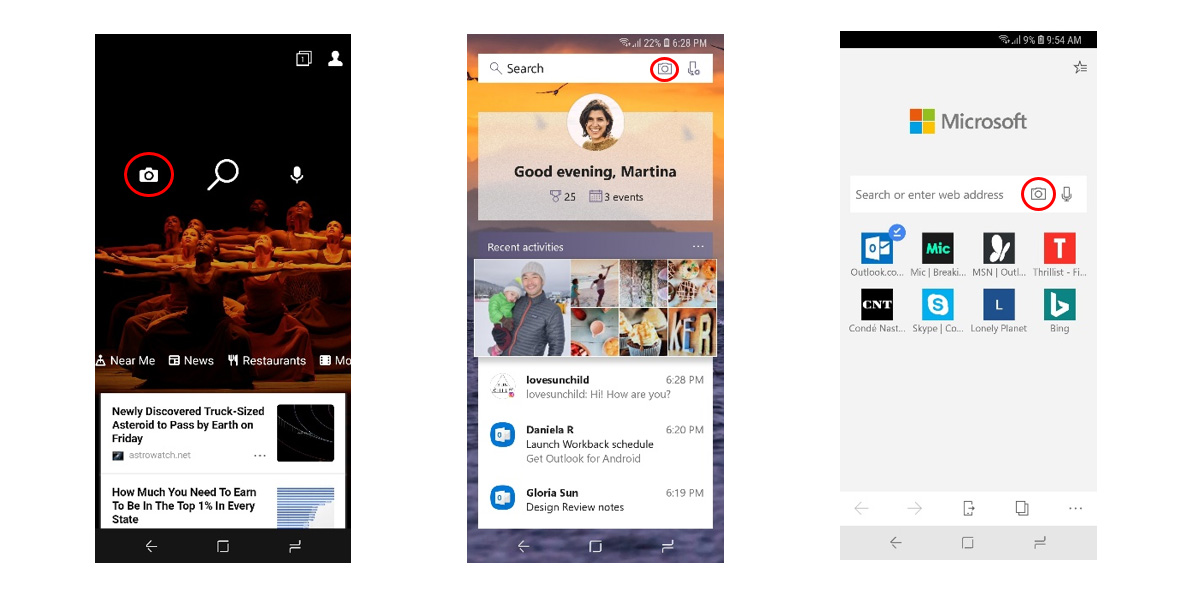 Google has been the biggest name in search for so long, it’s a household name. For the past several years, though, Microsoft has been trying to compete with Bing, its own search engine. Today, Microsoft is announcing that Bing can now use Visual Search, just like Google Lens.

Revealed in a blog post today, Visual Search is coming to Bing. Available in the Bing app for Android or iOS as well as the Microsoft Launcher on Android, this new Visual Search tool works a whole lot like Google Lens.

Simply tapping the camera button opens up a live viewfinder which users can then use to take a photo and have Bing use AI to recognize objects within the photo. Obviously, it’s not a new technology, but Microsoft is definitely making it easily accessible to users. Whether or not it turns out to be more capable than Google Lens remains to be seen, but Microsoft says it can identify things such as landmarks or flowers and can help with shopping too.

For example, imagine you see a landmark or flower and want to learn more. Simply take a photo using one of the apps, or upload a picture from your camera roll. Bing will identify the object in question and give you more information by providing additional links to explore.

You can even shop from your photos for fashion and home furnishings. Let’s say you see a friend’s jacket you like, but don’t know its brand or where to purchase. Upload a pic into the app’s search box and Bing will return visually-similar jackets, prices, and details for where to purchase.