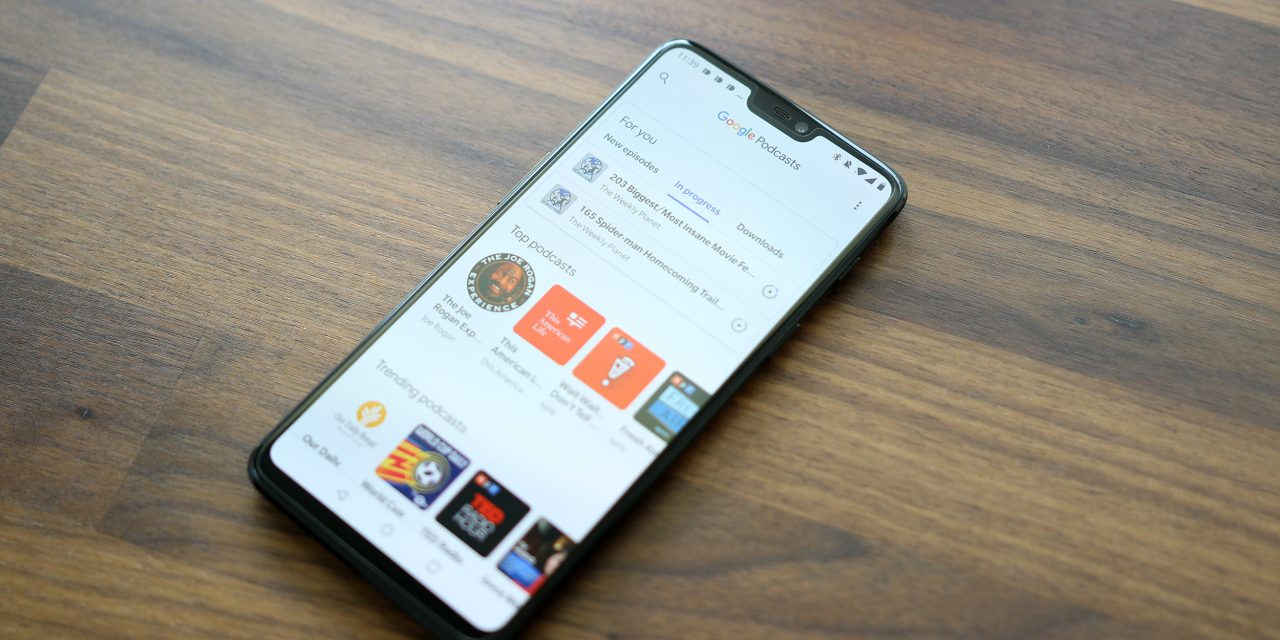 Google Podcasts officially launched last week with an Android app, while the company detailed a creator program and AI-powered features coming soon. In the meantime, our latest APK Insight of the Google app on Friday revealed that Casting is also in the works, and now a new “Trim silence” feature.

Version 8.9 of the Google app rolled out to the beta channel on Friday with a number of design tweaks, like the adoption of the new waveform icon in the status bar and on the media playback notification, along with a new play icon.

Another feature on this beta sees Google introduce a new “Trim silence” option. This new capability is slight hidden, but can be accessed from the expanded audio controls. Also available on other podcast clients, this feature removes pauses and other gaps from episodes and shortens the playback length.

In addition to speed controls that allow users to adjust playback between .5x and 2.0x, there is now a “Trim silence” option in the bottom-right corner. A checkmark notes it’s on, while on the main playback controls there is a fast forward icon. Both the playback speed and Trim silence option can be used together in conjunction.

The setting is persistent and applied to all podcasts, and also works on streamed shows versus just downloaded episodes.

The new feature is already live on the beta channel of the Google app, and will likely be available to all users next week when Google app 8.9 hits stable. Alternately, you can join the Google beta here.

As we revealed on Friday, users can also expect Google Cast support in a future update, while Google noted that in the future it will leverage speech-to-text to automatically subtitle audio, while Google Translate will help make shows available in other languages and to a global audience.