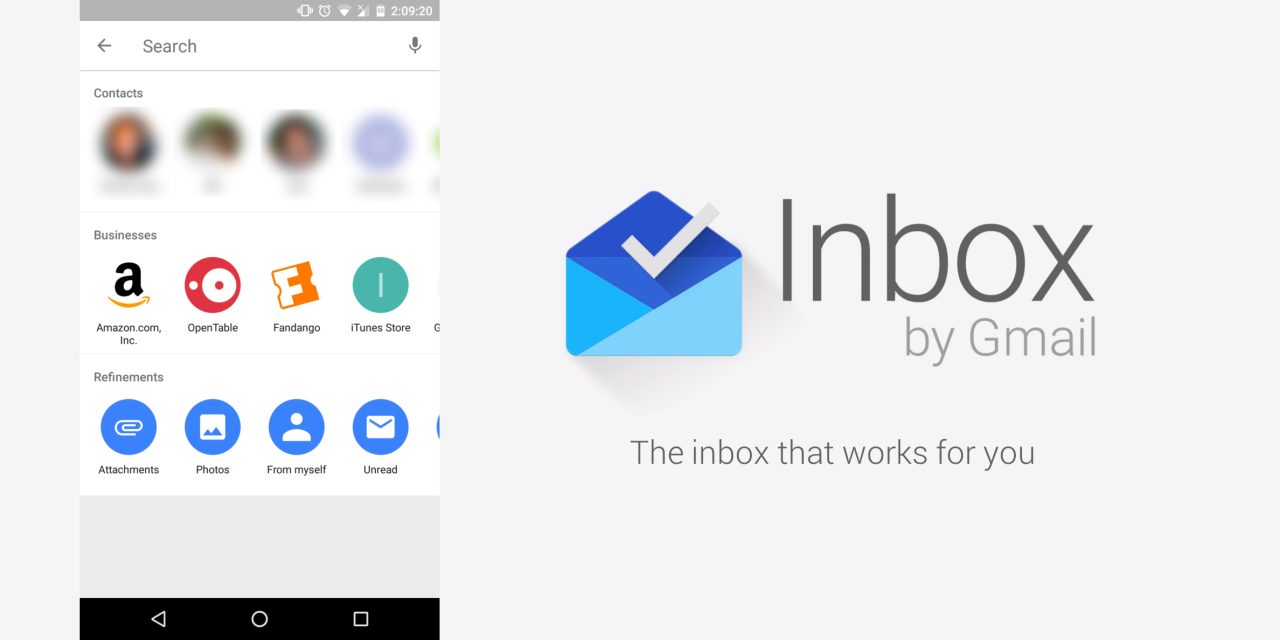 According to a tweet today from the Inbox by Gmail team, an option to automatically redirect gmail.com to inbox.google.com has been removed. That means you’ll have to go directly to inbox.google.com if you want to use Inbox as your primary desktop web browser email client.

This is a setting that was available in Inbox by Gmail on the web since day one. It primarily served to allow daily Inbox by Gmail users to easily switch to Inbox without interrupting their workflow and habits. Anytime you opened Gmail or clicked the Gmail shortcut in the web app drawer, you’d be instantly taken to what was — at the time — a much more modern email experience.

Gmail on the web has since been significantly improved, and Inbox has more or less been rendered useless. A massive overhaul that rolled out widely in April brought a lot of Inbox’s features to Gmail proper, including a new Material Theme-based UI, snoozing emails, Smart Reply, and more.

As minor as this is, it’s fresh fuel on the fire of speculation that Inbox is on its last legs. With all the recent updates to Gmail, there remains little reason to use Inbox unless you’re for some reason attached to its UI. Of course, Google’s official stance on the matter is that Inbox remains a “great product” for testing “innovative features email.”

“With respect to the upcoming Gmail announcement, there are no changes to Inbox by Gmail,” a Google spokesperson told Computerworld in April. “It remains a great product for users with specific workflows and one in which we test innovative features for email.”

Back in April, I said there were three Google products that I thought were either dead or dying: Inbox, Allo, and Play Music. Allo is being put on the backburner as Google focuses on RCS/”Chat”, Play Music will eventually be phased out in favor of the new YouTube Music offerings, and I’d bet Inbox is the next to go regardless of what Google has said on the record.

Of course it’s possible that Google will keep Inbox around and keep using it as a testbed for features that it eventually intends to bring to Gmail, but that’d be a new approach compared to Google’s initial pitch of Inbox being a satisfactory substitute for the full-fledged Gmail product.

There are three current Google apps that I believe are either dead or doomed: Inbox, Allo, and Play Music.